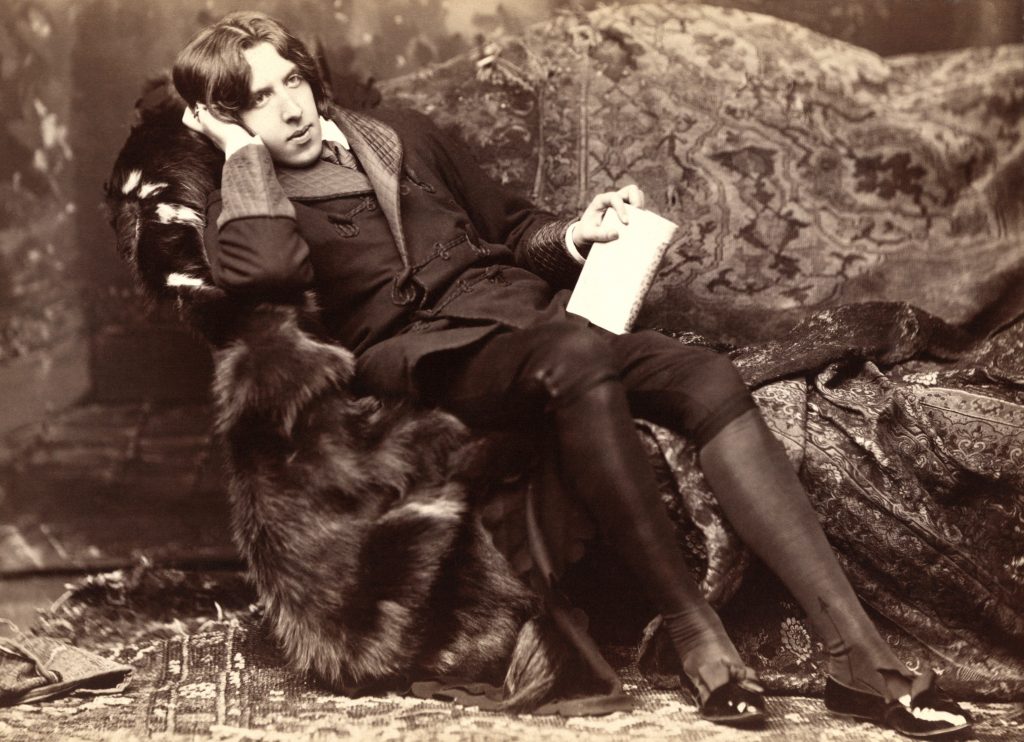 The very model of a public intellectual: Oscar Wilde in 1882, photographed during the U.S. speaking tour that made him an intercontinental celebrity.

During our time of shared adversity, it’s important to keep our spirits up. To help with that task Pittsburgh Public Theater has started a new series of online dramatic readings so that we can still partake in the joy of theater. It will be hosted live on Thursday and Friday evenings by Artistic Director Marya Sea Kaminski, and will feature great classic plays and the work of noted Pittsburgh writers. The first in the series is Oscar Wilde’s The Importance of Being Earnest: A Trivial Play for Serious People and will feature “RuPaul’s Drag Race” star, BenDeLaCreme as Lady Bracknell.

Oscar Wilde’s funniest play was also his last. The Importance of Being Earnest premiered in London in 1895, just as the controversy that ruined Wilde’s career was coming to a boil: He was in a same-sex love affair with the son of an English nobleman who objected mightily. Although Earnest is popular for its sheer silliness, it may contain sly allusions to Wilde’s real-life predicament. The central character is a man who enjoys having a secret identity, and wants to marry the—ahem—daughter of Lady Bracknell, an absurdly upper-crusty English noblewoman.

Other actors joining in the Wilde fun are Andrew W. Smith, Jonathan Visser, James Fitzgerald, Emma Elizabeth Mercier, Chris Laitta, Catherine Gowl, and Monteze Freeland. March 26 and 27 at 7 p.m.  Simply go to The Public’s PlayTime page at the appointed day and time and click on the performance link. The readings are free, but donations are encouraged.