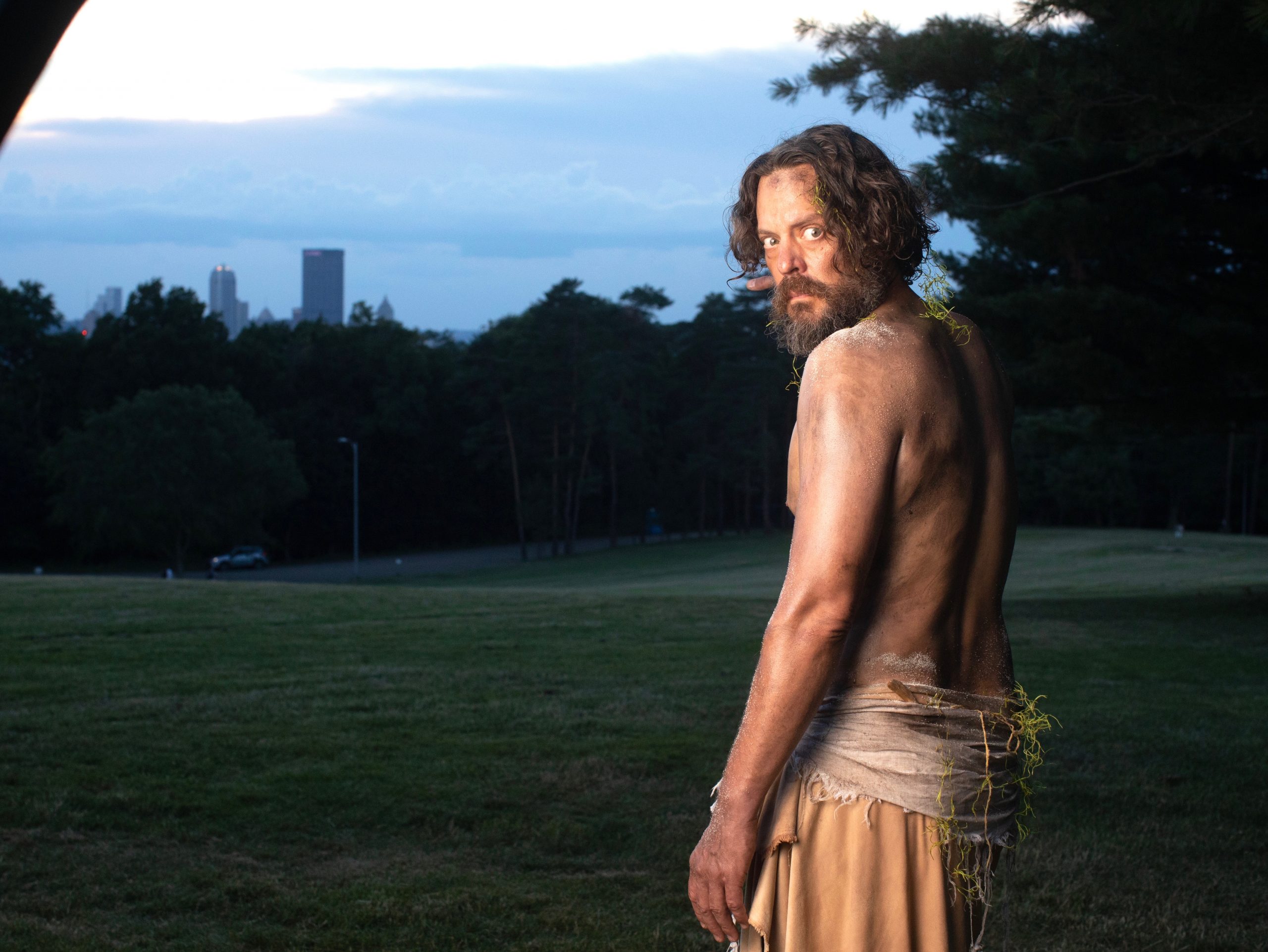 Weary Odysseus (Sam Turich) longs for Ithaca but will find his tale retold from an unconventional angle in Quantum’s ‘An Odyssey.’ The season-opening play is presented in Schenley Park above the faraway spires of Downtown. (photo: Jason Snyder)

Is it possible to take the extraordinary for granted? When Quantum Theatre announced its 30th anniversary season recently, the big 3-0 came as a stunner.  Quantum, one of the nation’s most adventurous regional theater companies, has been active in Pittsburgh since the days when you couldn’t reserve tickets on the website because the web did not yet exist. Founded in 1990 by Karla Boos, who still leads the company as artistic director, Quantum has achieved continuity without stagnation. Whereas some avant-garde artists and companies get stuck in repeating the stuff that made them avant-garde to begin with, this outfit keeps imagining and experimenting.

Many people came to know Quantum for its practice of producing plays in unusual locations. Therese Raquin, about a woman trapped in the pit of her own passions, was staged in the deep end of an empty swimming pool. Kafka’s Chimp, based on the Kafka short story about a talking, civilized chimpanzee, was performed at the Pittsburgh Zoo. The venue-hopping continues but is not the company’s only defining feature. The plays are the thing. They range from seldom-seen modern masterpieces to world premieres, to adaptations so original they’re essentially new creations.

Other Pittsburgh companies do cutting-edge theater, too. Together they make up an ecosystem that we’re fortunate to have. Among them, Quantum has stood out by focusing the resources to mount increasingly ambitious productions, sometimes on a spectacular scale. John Krizanc’s Tamara, a landmark work of immersive theatre, is intricately hard to produce and thus rarely attempted. Quantum pulled off Tamara superbly. And for those who enjoy preposterous, mind-bending spectacles, Quantum set the bar high with its remake of Shakespeare’s The Winter’s Tale as a baroque comic opera.

Three for the Road

The upcoming 30th season consists of three plays. This may seem a modest number, but when every production is a major undertaking, one does not produce in quantity. The chosen three—An Odyssey, Chimerica, and Plano—promise a fine sampling of both Quantum’s capabilities and the breadth of contemporary theater. 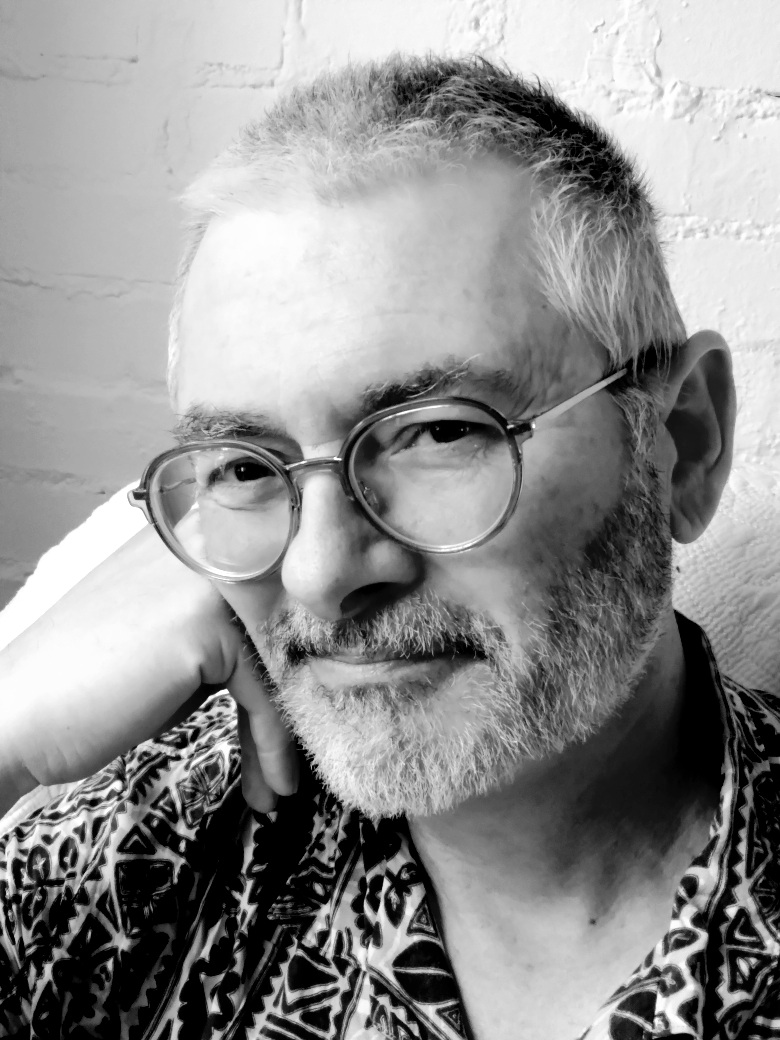 An Odyssey is adapted from the Homeric epic by Jay Ball, which should provoke immediate interest. Ball is the playwright who, several years ago, scripted Quantum’s adaptation of the 1920s political satire Pantagleize. The results were hilarious and An Odyssey, likewise, contains humor. It also brings to the fore characters other than Odysseus—such as his wife Penelope, who waits patiently for the storm-tossed wanderer to make it home from the Trojan War, while fending off suitors attracted to both her person and her wealth. An Odyssey will be staged at the Schenley Park Ice Rink, sans ice of course, August 13 to September 5.

Chimerica, by the British playwright Lucy Kirkwood, is a multi-layered sociopolitical drama spun out from a true event. At the end of the Tiananmen Square protests in Beijing in 1989, a man bravely stood in front of a column of army tanks to block their progress. Photos of “Tank Man” by an American journalist became iconic images; Tank Man’s identity and subsequent fate remain unknown to the public. Chimerica imagines the photographer, decades later, setting off on a quest to find the man. Clues lead back and forth between China and America, as the hunt becomes many things: a detective story, a journey through the cultures of the two superpowers, an inquiry into truth-telling. Chimerica premiered in London in 2013 and won the Laurence Olivier Award for Best New Play of that year. Quantum presents it in Pittsburgh at a location TBA, November 27 to December 19.

And speaking of strange trips, the season closes with Will Arbery’s Plano. Plano, Texas is a suburban city outside Dallas. To some it’s the epitome of a nice place to live, while others see it as an archetype of suburban angst. Arbery, a rising young playwright from Texas, makes it the backdrop of a surreal dark comedy. Three sisters gather on a porch, chatting about the men in their lives. One has a husband who seems an odd match for her, another has a husband who cheats. The youngest sister, a devout Catholic, intends to give her heart to the man depicted on the Sistine ceiling: God. None of this may seem radically unusual, but Plano goes beyond plain old talk. Time-shifting commences. Characters morph and multiply. Quantum presents Plano April 1 – 24, 2022.

Season subscriptions, as well as individual tickets for An Odyssey, are available on the Quantum Theatre website. Reserve early if you plan to go.