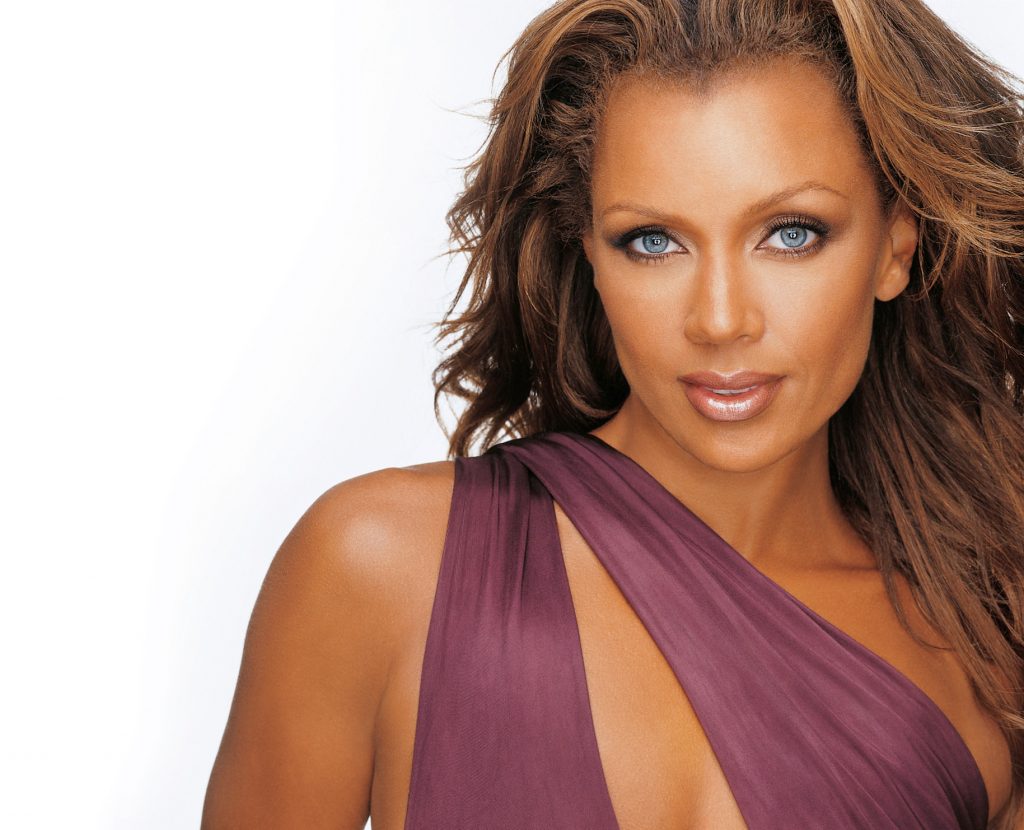 Multi-talented entertainer Vanessa Williams will be performing December 5 in a virtual benefit concert for several theaters and arts organizations around the country including the Pittsburgh Cultural Trust. Williams’ concert is the last in the livestream series “Live from the West Side: Women of Broadway.” The first two concerts featured Patti LuPone and Laura Benanti. Williams’ performance will feature a mix of Broadway showtunes, pop songs, and personal stories from her life, streamed live from The Shubert Virtual Studios in Manhattan.

Entertainment Central was invited by The Cultural Trust to attend a virtual press conference with Williams to discuss her upcoming concert, Broadway experiences, and other highlights of her career. I joined the press conference at the appointed time, as did about 38 journalists from cities including Atlanta, Denver, Buffalo, Austin, and cities in New York State and New Jersey. Williams was very friendly and welcoming as we settled in for a 45-minute Q&A moderated by Mike Richman, co-executive producer of the “Live From the West Side” series.

Richman kicked off the discussion by asking Williams how the pandemic had affected her. She replied that she was in London in early March, ready to make her West End debut in City of Angels [as Carla/Alaura]. It was a week before opening and they had started hearing about people getting sick from the virus and subsequently New York City shutting down. “Friends who were coming over to see me in the play started cancelling their trips,” Williams said. The cast waited another week for what seemed imminent, the shutting down of their production.

Williams said she loves to perform and was very fortunate to have several concerts this year, including PBS’ “A Capitol Fourth,” “A Time to Sing” at Kennedy Center with Renée Fleming, and the upcoming (December 15) PBS special, “Ella [Fitzgerald] Wishes You a Swinging Christmas with Vanessa Williams.”

“I’m happy to be a distraction during the pandemic,” Williams said. “What is most rewarding for me is to move people. A lot of people have been moved in many different ways during the pandemic—ups, downs, lows, and highs have been tremendous, but the common denominator that makes everyone united and feel great is music. I am happy to bring my artistry to people, to maybe be a distraction from the mayhem that has been 2020 and do what I love to do.”

And Williams does love to entertain, whether it’s on the Broadway boards or live in concert. Several years after becoming the first African-American Miss America in 1983, she saw her first true entertainment success with the debut of her first studio album, The Right Stuff. The song “Dreamin’” reached No. 8 on the Billboard Hot 100 singles chart and No. 1 on the Billboard R&B chart in 1988. She followed up that initial success with her albums The Comfort Zone (1991) and The Sweetest Days (1994). These albums solidified her as a solid musical talent, receiving multiple Grammy nominations, and saw “Save the Best for Last” become a No. 1 hit and Williams’ signature song.

Her rendition of “Colors of the Wind,” from the Disney film Pocahontas, went platinum. Over the years she has followed her love of music into successful forays into jazz, hip hop, adult contemporary, holiday, gospel, and Latin genres. Williams also regularly performs with some of the world’s top symphony orchestras.

I asked Williams, “Dolly Parton has recently released a book called Songteller: My Life in Lyrics, in which she details interesting stories about her songs including ‘Jolene.’ Do you have any very interesting stories you’d like to share?” She smiled and gave a story about how she came to sing “Save the Best for Last.” “At Polygram [Records], Ed Eckstine, head of the label Wing, that I was on, got the song from Phil Galdston, Wendy Waldman, and Jon Lind. It had already been passed on by Barbara Streisand and Bette Midler. It wasn’t considered a throwaway song, but you know I was lucky enough to say, ‘I’ll do it. I hear it. I know I can do this.’ It was a very simple demo with just a piano and Wendy singing, but the melody was one of those ‘ear worms’ that I couldn’t get out of my head. And I didn’t know it was going to be a spectacular hit, but I was like, I know I can do it and I love the song. Thank God that Bette and Barbara passed on it because it gave me the song of my lifetime.”

It certainly was a career song, sitting atop the Billboard Hot 100 chart for five weeks and ranking fourth on Billboard’s Top 100 Hits of 1992. “Save the Best for Last” was nominated for Grammy Awards for Song of the Year and Record of the Year in 1993.

Growing up in Westchester County, New York in close proximity to New York City, and with her parents, Helen and Milton, being arts educators, young Vanessa was surrounded by arts and entertainment inside and outside her home. She mentioned during the press conference that Broadway shows were a short train ride or car trip away and that the first time she started thinking theater might be in her future was when she was in middle school and saw The Wiz on Broadway with Stephanie Mills as Dorothy. She was impressed that Mills was just a few years older than her and in a major production.

After a few supporting roles on Broadway, in 1994 she was tapped to replace Chita Rivera as the title character in Kiss of the Spider Woman. Stephen Sondheim has been a strong influence in her career; in 2002 she was cast as the Witch in the Broadway revival of Into The Woods. Williams garnered Tony and Drama Desk Award nominations for her performance as the Witch. In 2010 she also starred in a Broadway musical revue based on the works of Stephen Sondheim, called Sondheim on Sondheim.

Williams was asked if she ever wanted to direct a play. She replied that if she ever did, she would have to consult some of the talented directors she’s worked with including James Lapine (who directed her in Into the Woods). Williams’ more recent Broadway credits include The Trip to Bountiful, After Midnight, and the City Center revue Hey, Look Me Over!

Williams is also known for her high-profile television roles, like fashion magazine executive Wilhelmina Slater in the ABC comedy series “Ugly Betty,” for which she was nominated for an Emmy for Best Supporting Actress in 2007. Another such role was in the seventh and eighth seasons of “Desperate Housewives” when Williams played Renee Perry. Film credits include Soul Food (1997), Eraser (1996, co-starring with Arnold Schwarzenegger), and the reboot of Shaft (2000) with Samuel L. Jackson. She has even acted with Sesame Street characters in The Adventures of Elmo in Grouchland (1999), and with Miley Cyrus in Hannah Montana: The Movie (2009).

Vanessa mentioned that a silver lining to the pandemic is that she has spent more time with family. Her mom, Helen, who lives in a house next door to her, co-authored Williams’ 2012 biography, You Have No Idea, a New York Times best seller. Williams is mom to four children: Melanie, Jillian, and Devin Hervey and Sasha Fox. A new book, Bubble Kisses (2020), is Williams’ first venture into children’s books and tells the tale of a young girl who has the ability to transform into a mermaid. There’s a downloadable song that accompanies the book.

Also in the works for Williams is a new album for BMG which could incorporate some Brazilian bossa nova music. Two possible film projects are about the International Sweethearts of Rhythm, which in the 1940s was America’s first integrated, all-female band; and a movie about Lena Horne. Williams is also planning to return to London when City of Angels starts up again.

There is a biblical saying that to whom much is given, much is expected, and Williams certainly lives up to that. She has supported LGBTQ causes for many years in addition to work for Special Olympics and Concerts for America. In her equal justice work, Williams stresses themes of “unity and commonality.”

Williams is a founding member of Black Theatre United along with other notable performers including Pittsburgh natives Tamara Tunie and Billy Porter, Audra McDonald, Brian Stokes Mitchell, Norm Lewis, and Phylicia Rashad. The group was established after the George Floyd killing, Williams calling it “the last straw” for many in her theater circle. The organization’s stated objective is: “As members of the Black theatre community we stand together to help protect Black people, Black talent, and Black lives of all shapes and orientations in theatre and communities across the country.” Williams said that they want to get proper representation of Black people in theater, both onstage and behind the scenes. “We don’t just want a Black usher in a theater…but also opportunities for Black artistic directors [and others].”

She is also heartened to see Crown Act legislation introduced and being passed in many cities, which outlaws discrimination based upon hair styles, an impediment oftentimes to African Americans. Williams also participated in a synchronized “Say Their Names” video with other personalities this year.

“Live From the West Side: Women of Broadway” Virtual Concert

The Saturday evening concert, in addition to Vanessa Williams, will have a total of six socially distant musicians onstage. Her longtime backup singer and fellow Broadway performer, Shelley Thomas, and award-winning musical director Rob Mathes will also be there. For tickets and more info visit the Pittsburgh Cultural Trust’s website. 8 p.m. Saturday, December 5.