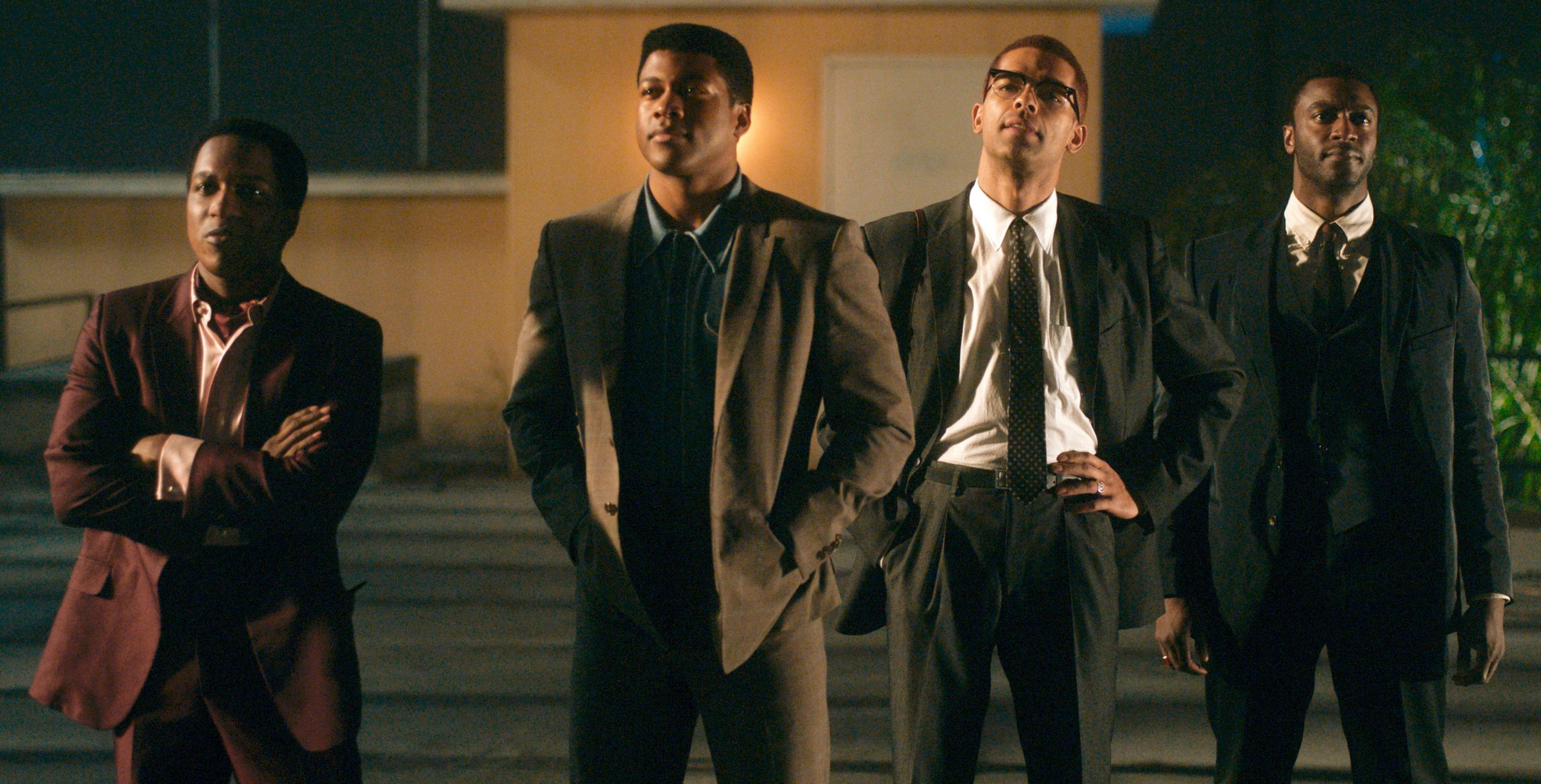 Two words that sum up the Sixties best: “identity crisis.” During the turbulent 1960s, America’s identity as a nation was hauled out for examination and turned inside-out on a dozen dimensions at once, often violently. It was a time for young people to question every aspect of their lives: Who am I? Is this the world I want? What can I do about it? And for young African Americans—well, one way to get a glimpse of what it was like is to watch One Night in Miami.

The movie is streaming on Amazon Prime. It’s a fictionalized re-creation of real events that involved four remarkable men. On the night of February 25, 1964, a brash young boxer named Cassius Clay won the world heavyweight title, in a shocking upset. And how did he celebrate? By getting into a “Now what?” session, into the wee hours, in a motel room with his friend and mentor Malcolm X. Joining them were two other friends, the football star Jim Brown and the singer Sam Cooke.

Rarely has one room held four men so tremendously gifted in different ways. Each faced a turning point in his career. And as One Night in Miami depicts it, each had to consider his next move in light of a larger movement. Across the country, more urgently than ever, Black people were demanding their rightful place in American society.

Shortly after that night, Clay the boxer went public with his conversion to Islam and his new name Muhammad Ali, conferred within the Nation of Islam, an all-Black group. Meanwhile, Malcolm would leave the Nation of Islam to join a mainstream branch of the faith and seek a more integrated path to racial justice. (He was assassinated a year after the night in Miami.) Brown, acclaimed as one of the greatest football players ever, quit the NFL after his age-29 season to try to break through Hollywood’s color barrier in a new career as an actor. 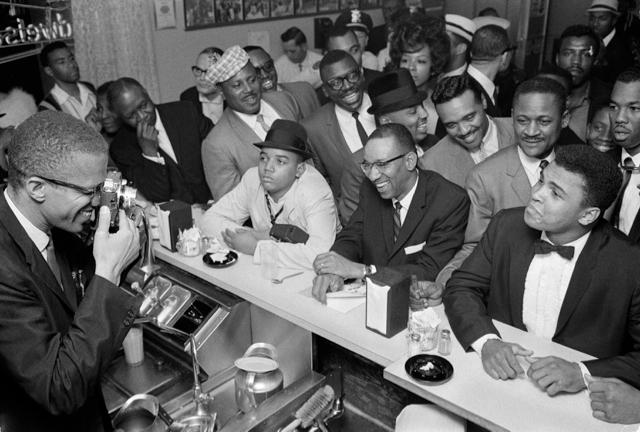 In this real-life scene from the time of the title fight, that’s Malcolm X with the camera and Cassius Clay—soon to be Ali—in the tux. (photo: Ira Rosenberg for World Journal Tribune, 1964)

Cooke—master of a tenor voice that could soar effortlessly from earthy to celestial tones—already had jumped from stardom in gospel music to charting top-10 pop hits. We’ll never know how far he might have gone with his budding exploration of deeper themes and more radical music, as he was murdered in December of 1964.

One Night in Miami includes only brief foreshadowings of what lay ahead for Ali and his friends. The focus is on the interplay among them during that fateful night, and apparently that’s more than enough. The film is drawing rave reviews from critics. It is adapted from a stage play of the same title, by Kemp Powers, which was given a production by Pittsburgh’s City Theatre in 2019.

Powers wrote the screenplay as well. Oscar and Emmy-winning actress Regina King directed One Night in Miami, in her debut as a feature-film director. The cast includes Aldis Hodge as Jim Brown and Broadway actor/singer Leslie Odom Jr. as Cooke, with Kingsley Ben-Adir playing the pivotal role of Malcolm X. And though it’s hard to imagine how anybody could play Ali, since Ali himself was such a consummate and unique “performer,” the consensus is that Eli Goree nails it.

Non-subscribers to Amazon Prime will pay a fee to see One Night in Miami. But if you’re looking for some knockout viewing at home, the movie promises a bang for your buck.