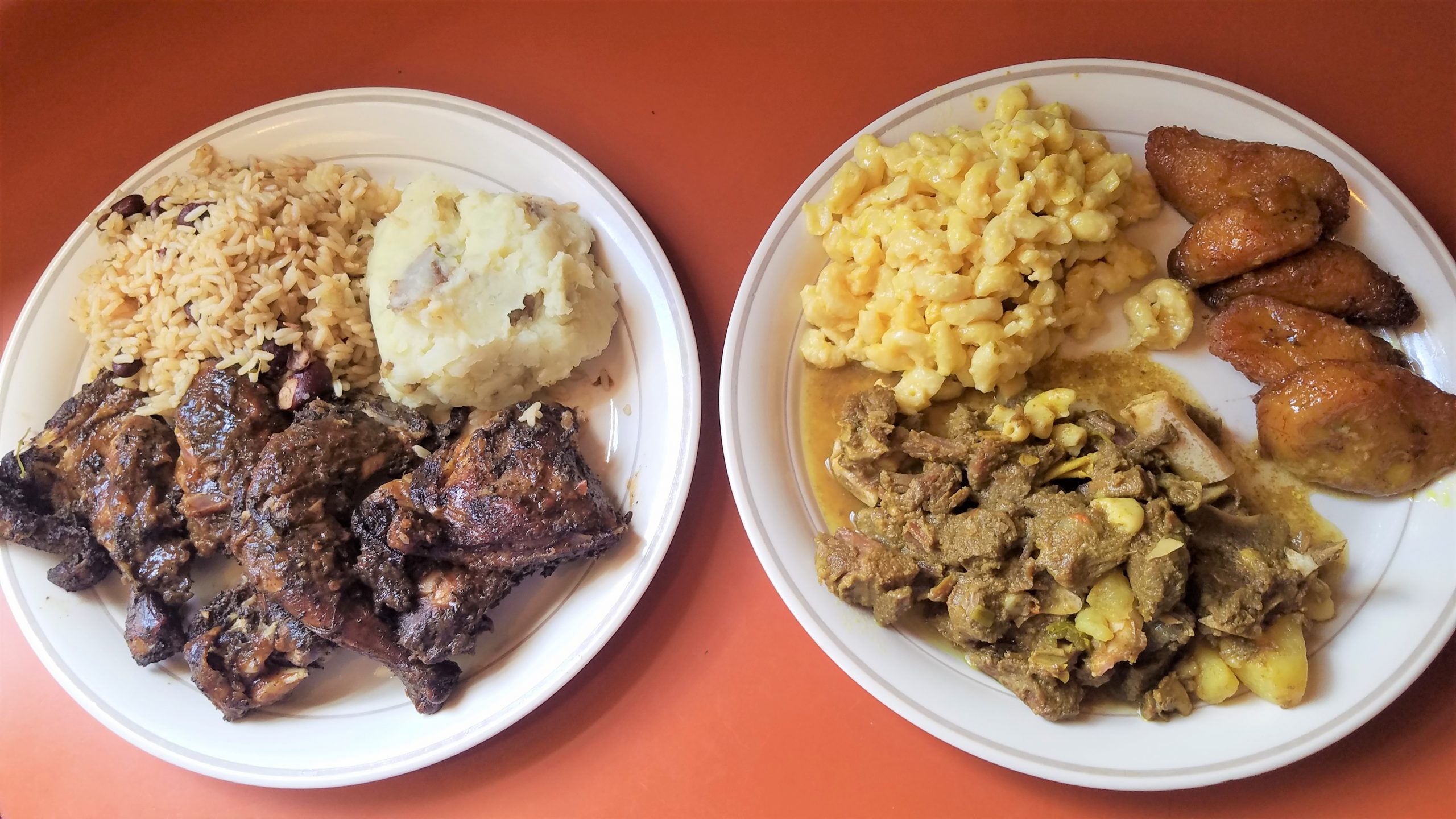 1) 2 Sisters 2 Sons, which opened in the beginning of July amid the pandemic, serves authentic Caribbean cuisine right in Sharpsburg. The restaurant is hard to miss, what with its green and yellow exterior and caricatures of the owners. Those colors also echo the Jamaican flag. Appetizers include fried plantains and seafood fritters. Meat options are separate chicken, goat, oxtail, pork, and seafood dishes, much of them prepared with either brown stew, curry, or in a jerk style. Vegetarians can choose from their own spot on the menu, which lists vegan lasagna and a vegan chicken sandwich among other items. There are also made-to-order salads. The sides are numerous, but mac-n-cheese is a popular option, at least if the restaurant’s social media feeds are any indication. 2 Sisters 2 Sons is take-out only for now, and it delivers through Uber Eats and Grub Hub. 1882 Main St., Sharpsburg. (CM)

2) Pittsburgh Public Theater is continuing it’s PlayTime subseries, Classics N’at tonight with a new play by Rob Zellers (The Chief and Harry’s Friendly Service), Redux. The production also kicks off a new play contest, and series, The Public is doing to support playwrights in the tri-state area. The Public says Redux “sets the stage for the long-overdue reunion of Vietnam War veterans John and Chuck. Even after 45 years of not seeing one another, they fall right back into their old rhythms of bolstering and battering one another with memories and inside jokes. On this day though, they fight to figure out how to contend with formidable changes in their lives, as they share drinks over a weekend in Chuck’s Mississippi homestead. Trauma and truce are triggered as they test the bond they formed in the jungles of Southeast Asia all those years ago.” The cast features veteran Pittsburgh Public Theater players Eugene Lee, Cotter Smith, Alison Weisgall, Rami Margron, and newcomer (to The Public) Tyler Layton. Directed by Kyle Haden.

Donations to view the play start at $10 and include tonight’s live performance and access to the shows video recording through November 22. Simply go to The Public’s PlayTime page. The Redux reading streams live this evening at 7 p.m.