1) Let There Be Cello. That’s the title of 2Cellos’s newest album and current tour, which takes them to PPG Paints Arena. The Croatian cellist duo puts a classical spin on pop and rock standards, such as “Thunderstruck“ by AC/DC, and also composes originals. The duo’s debut LP was its 2011 self-titled album. 8 p.m. 1001 Fifth Ave., Uptown. (CM) 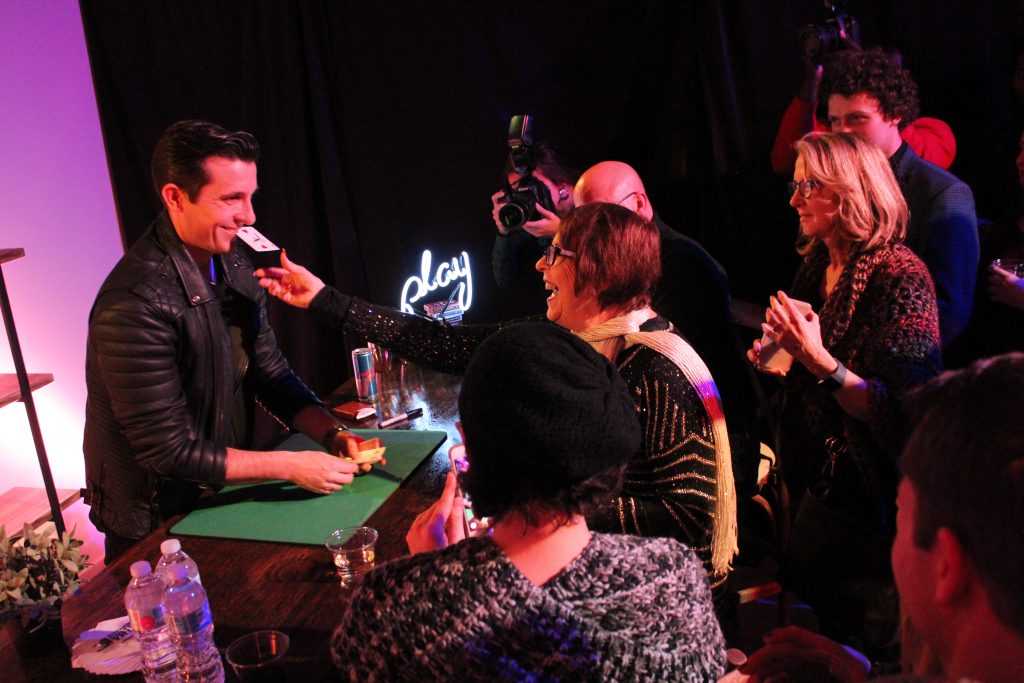 That’s not a chip on Lee Terbosic’s shoulder it’s a playing card and is there as part of a magic trick. (photo: Jonathan Fobear)

2) Noted magician and Pittsburgh native Lee Terbosic tours nationally and has had numerous national TV appearances. Now he is debuting an exciting new magic show this evening at Liberty Magic. The new act is called In Plain Sleight and showcases Terbosic’s amazing card tricks and other feats of magic.  He recreated the Houdini straitjacket escape in Pittsburgh in 2016 to celebrate the 100th anniversary of the event. He has also appeared on NBC’s “America’s Got Talent.”

In regard to the Cultural Trust opening Liberty Magic, where he is an artistic director, Terbosic said recently, “I liked the idea. It’s been a dream of mine since I was about 20 years old to have a magic parlor in Pittsburgh—the city that I love—for local and national magicians.” He continued, “It would be a great place for young magicians to come and see other magicians and possibly have some magic workshops for them.” 7:30 p.m. Terbosic will be appearing at Liberty Magic through May 12.