1) Alice Cooper rose to fame in the early 1970s with the hits “No More Mr. Nice Guy,” “School’s Out,” and “I’m Eighteen.” When Cooper first got on the rock radar, he shocked not only with horror imagery, but also with how hard and well he rocked, setting the stage for many rock/metal groups to follow. He blended horrific makeup and onstage props like guillotines, electric chairs, fake blood, baby dolls, snakes, and dueling swords with high-quality rock and metal music. Rolling Stone called Cooper the world’s “most beloved heavy metal entertainer.” His dad was a preacher for The Church of Jesus Christ (the Bickertonites) which was headquartered in Monongahela, PA, and now in Greensburg. Cooper was raised in Detroit and then Arizona. He is a very accomplished amateur golfer. Paranormal is Cooper’s latest, and 27th, album, released in 2017. In 2018, Cooper performed as King Herod in NBC’s live performance of Andrew Lloyd Weber’s Jesus Christ Superstar. His concert is sure to be a music and theatrical event. Also on the bill is Halestorm, a heavy metal, rock and roll outfit from Red Lion, Pennsylvania, near York. The group features lead vocalist/guitarist Lzzy Hale and her brother, drummer/percussionist Arejay Hale. Motionless in White Opens. 7 p.m. KeyBank Pavilion, 665 Rt. 18, Burgettstown. 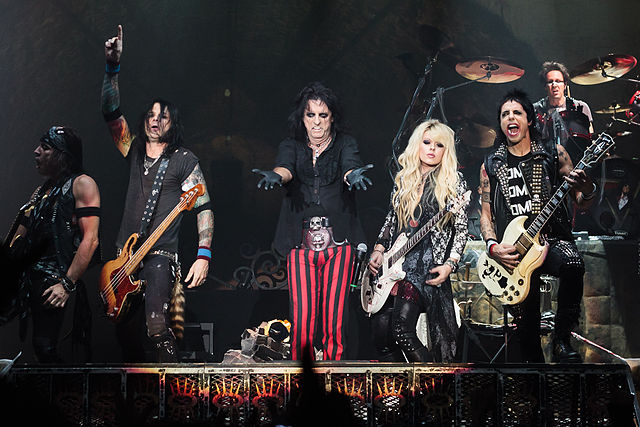 Alice Cooper and his band in concert during Halloween Night of Horror at Wembley Arena, London, England, 2012. photo: Kreepin Deth

2) Sad Summer Festival is doing something rather sweet: partnering with local nonprofits at every tour stop. Fans who provide food donations to Christopher’s Kitchen at Stage AE will be granted first entry. Christopher’s Kitchen donates food for caregivers waiting for their sick and injured children at the emergency department and pediatric ICU at UPMC Children’s Hospital and the Children’s Home and Lemieux Family Center. The festival features The Maine, a pop-emo-rock band from Tempe, Arizona. The group’s latest album is this year’s You Are OK. Mayday Parade, State Champs, The Wonder Years, Mom Jeans., Stand Atlantic, Just Friends, and Jetty Bones open. Doors open at 1 p.m.. 400 North Shore Dr., North Shore. (CM)

3) The jury for the 1983 Pulitzer Prize for Drama had a tough choice to make. One strong contender was Sam Shepard’s True West, a wild and provocative seriocomedy about a sibling rivalry spinning out of control. But the prize went to a much quieter play, Marsha Norman’s ‘night Mother. This parlor drama has a simple yet shocking premise. A middle-aged woman is living with her mother after a failed marriage and assorted other failures. One evening she matter-of-factly tells Mom that she plans to commit suicide that night. She then putters about the house putting things in order before her departure—even making a list of Christmas presents to be bought, for Christmases yet to come—while her mother, disbelieving at first, tries to talk her out of it. The tension builds. Long-kept secrets come spilling out. And inevitably, zero hour arrives. The play is a stunning experience but seldom seen these days. Throughline Theatre presents ‘night Mother with Bri Brownfield as Jessie and Samantha A. Camp as her mother, Thelma. 8 p.m. Performances continue through July 27. At the Aftershock Theatre, 115 57th St., Lawrenceville. (MV)

4) Storytelling is perhaps the oldest narrative art, and Pittsburgh’s Bricolage Production Company puts a new spin on the modern storytelling revival. Bricolage’s WordPlay is a “hybrid” event for which Pittsburghers are invited to submit stories in writing—as long as they’re true, because this is nonfiction, and nonfiction means “not not true.” A chosen few then tell their stories at each WordPlay, with a DJ on hand to accompany the tales by spinning music and sounds that are utterly unpredictable. Featured tellers for July are Jamie Agnello, Billy Jenkins, Alan Olifson, Maria Simbra, and TJ Young, with DJ Tracksploitation. 8 p.m. Runs through July 20. 937 Liberty Ave., Cultural District. (MV) 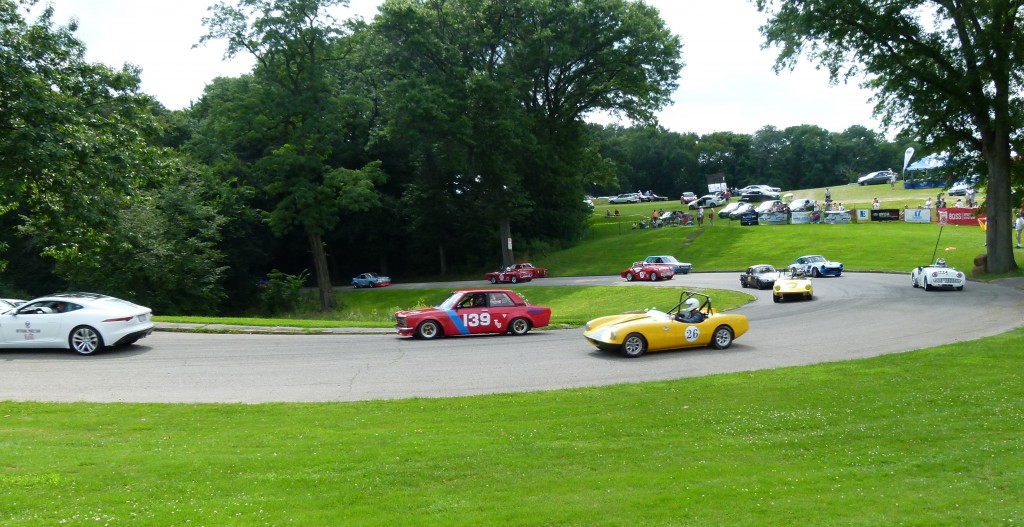 The Jaguar pace car leads the pack to start the race with the 139 and 26 racers in the first row. (Photo: Rick Handler)

5) Pittsburgh Vintage Grand Prix race cars and drivers will drive in parade formation through the Squirrel Hill business district tonight beginning approximately at 6:15 p.m. The drivers will park their racers on Forbes Avenue between Shady and Murray avenues. They will be parked there for two hours, making their return trip to the Vintage Grand Prix race paddock in Schenley Park at 8:30 p.m. For the exact route see the Forbes Avenue of Speed webpage.