1) Did you know that all three members of America grew up in England? The trio met in high school in London in the ’60s, all three the sons of British mothers and American military fathers. They took on the moniker “America” as a rather on-the-nose way of signaling their preferred national identities while playing clubs across the pond. The group will long be remembered for the iconic “A Horse with No Name,” and other songs like “Ventura Highway” and “You Can Do Magic.” Those  songs represents only a tiny fraction of the group’s musical library, which spans over 30 albums and five decades. The band’s last studio album was 2015’s Lost & Found.  8 p.m. Byham Theater, 101 6th Ave. Cultural District. (EC, RH) 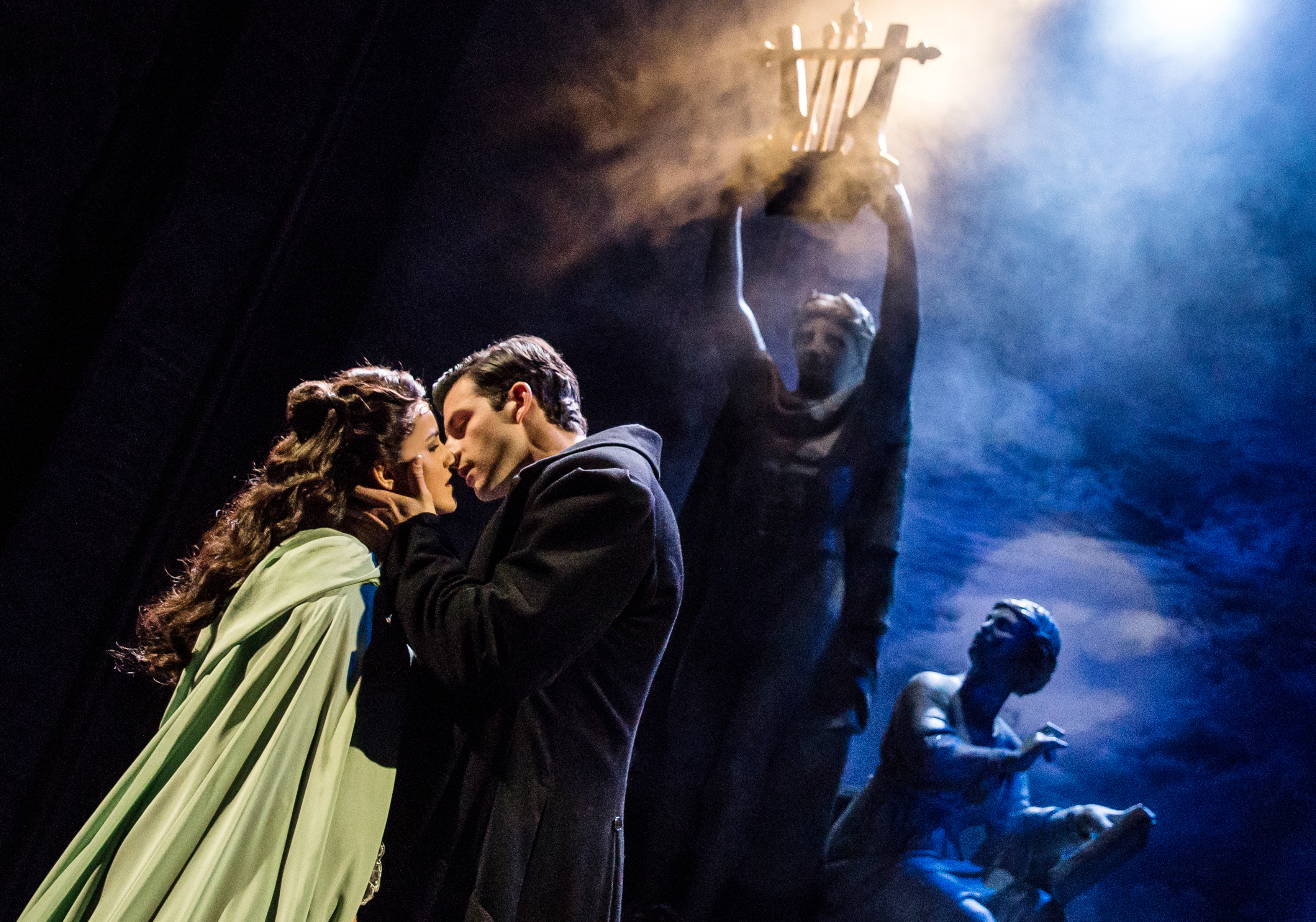 You want spooky effects, you got ’em, in the new ‘Phantom of the Opera’ that visits Pittsburgh. (photo: Matthew Murphy)

2) We’ve had the sequel; now we get the original. Last winter, Pittsburgh hosted a touring production of Love Never Dies, the long-awaited and not exactly universally praised sequel to a certain phantom’s adventures. This year we are visited by The Phantom of the Opera itself. Andrew Lloyd Webber’s 1986 mega-hit is still playing in New York and London, having set the Broadway record for longest continuous run by a musical while closing in on the London/West End record held by Les Miz. That’s plenty of credentials for a show that dramatizes a tale about a spooky opera-house legend, and that many deem equal to high opera in musical quality—but a new tour of any show has to promise something new, so here are quotes from the promo material: This production has “brilliant new scenic design” and “many exciting special effects,” making The Phantom of the Opera “bigger and better than ever before.” Lauded young baritone Quentin Oliver Lee plays the title role. Canadian soprano and dance artist Eva Tavares is Christine. 1 and 7:30 p.m. Continues through March 3. Part of the PNC Broadway in Pittsburgh series at Benedum Center, 237 7th St., Cultural District. (MV)

3) When Caryl Churchill turned 80 last year, articles in the British press paid tribute to her status as the grand dame of feminist theater and one of the most unconventional, “unpredictable” modern playwrights. Her plays vary in subject matter and style, many of them shape-shifting as they unfold. Here in Pittsburgh, Point Park Conservatory Theatre pays tribute by staging Churchill’s Vinegar Tom. The subject is persecution of alleged witches in England during the 1600s. In that respect the play is similar to Arthur Miller’s The Crucible—if you can imagine a Crucible with sex scenes, execution scenes, and raunchy songs. Various women are accused of causing everything that goes wrong in a small village. The only common thread is that all the suspected culprits are women, since women are seen as inherently wicked. And Vinegar Tom? He’s a black cat who just might be, or symbolize, the real villain. 7:30 p.m. Runs through March 10. In the Rauh Theatre at the new Pittsburgh Playhouse, 350 Forbes Ave., Downtown. (MV)