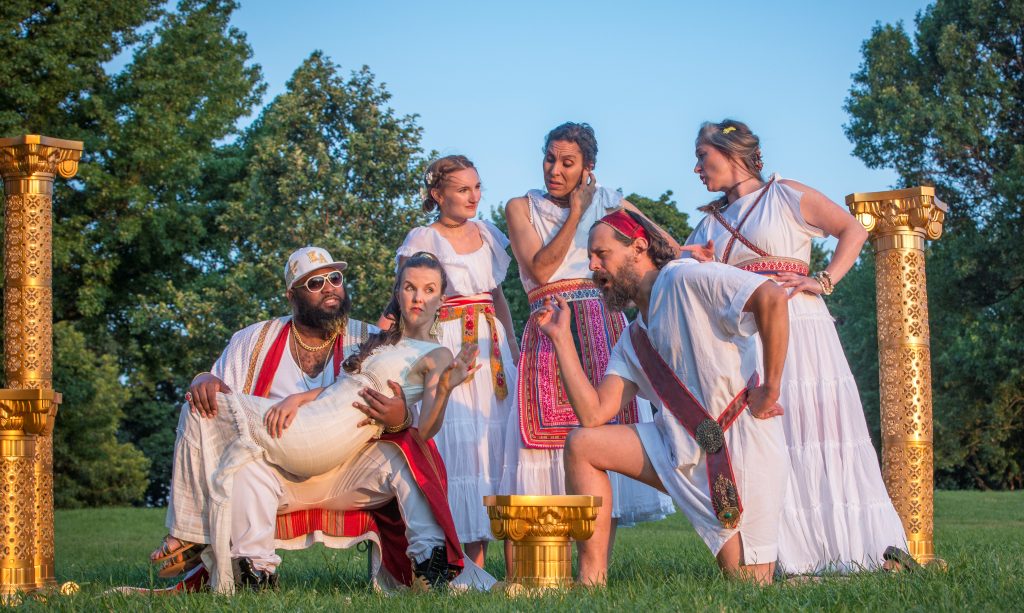 1) An Odyssey is adapted from the Homeric epic by Jay Ball, which should provoke immediate interest. Ball is the playwright who, several years ago, scripted Quantum’s adaptation of the 1920s political satire Pantagleize. The results were hilarious and An Odyssey, likewise, contains humor. It also brings to the fore characters other than Odysseus—such as his wife Penelope, who waits patiently for the storm-tossed wanderer to make it home from the Trojan War, while fending off suitors attracted to both her person and her wealth. An Odyssey is being staged at the Schenley Park Ice Rink, sans ice of course, through September 5. See our review. 8 p.m. 10341 Overlook Dr. (next to Schenley Oval), Oakland.