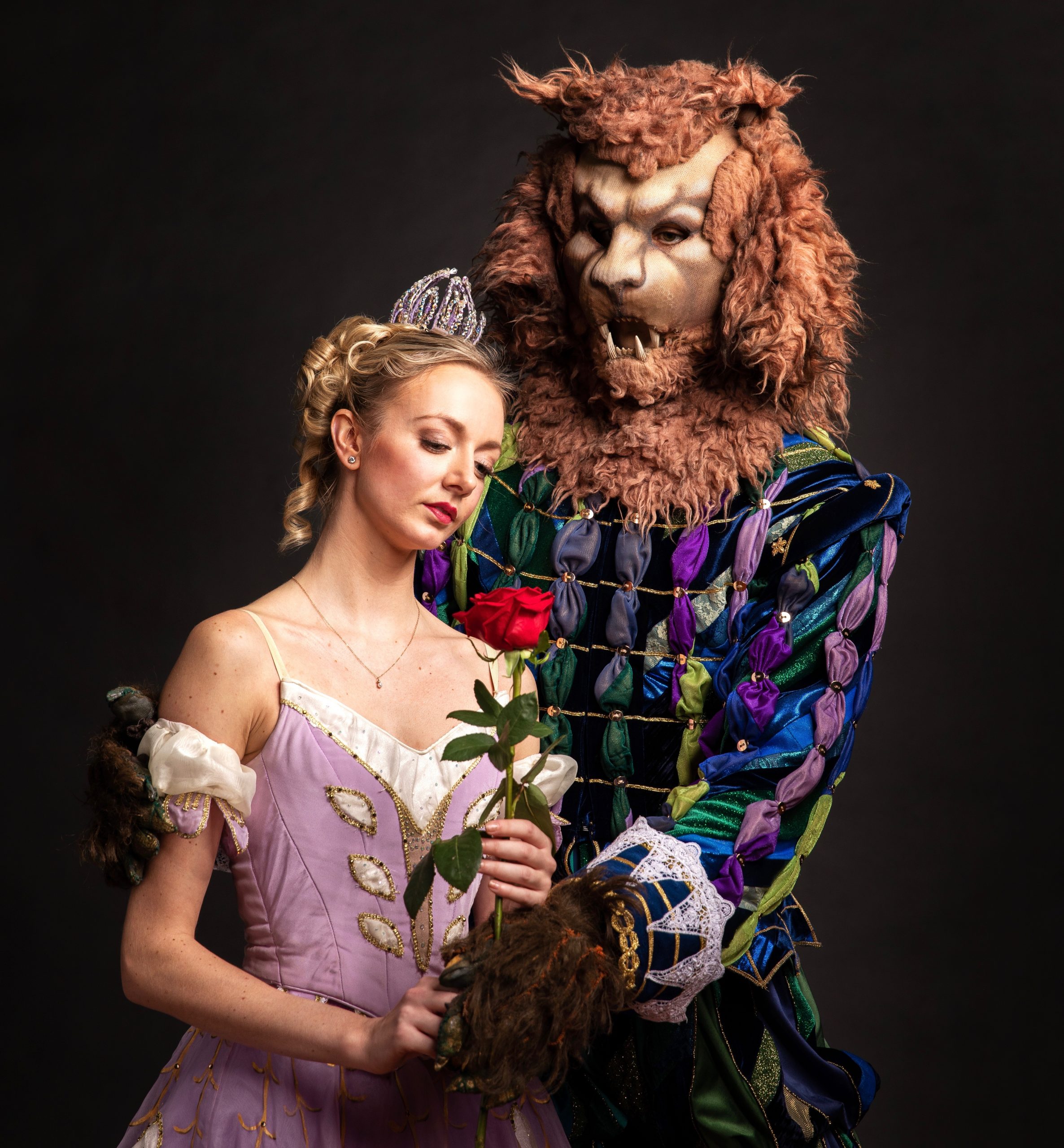 1) The “Beauty and the Beast” fantasy tale has been dramatized in various forms, and opinions are divided on which version is best. Many with high-art tastes prefer Jean Cocteau’s haunting black and white film of 1946, in French with English subtitles, while many more go for the Disney animated movie. And, unbeknownst to most, a smaller but enthusiastic third party has emerged. They are dance fans who love the Beauty and the Beast ballet. The ballet is a modern one—created and choreographed in 1958 by Lew Christensen for the San Francisco Ballet, where he was the director, and set to arrangements from Tchaikovsky’s music. Pittsburgh Ballet Theatre dances Christensen’s Beauty and the Beast at Benedum Center this month. It’s a thrill ride for the senses, as the story lends itself to dance. Powerful scenes in the Cocteau film were built around the actors’ entrancing, dance-like movements, with little or no dialogue. Christensen took the concept all the way and then some, adding scenes that include enchanted forest animals and a rousing wedding dance at the end. 2 and 8 p.m. Performances continue through February 23. 237 7th St., Cultural District. (MV)

3) People who go to The Great Divorce expecting a play about a couple breaking up will be surprised. This is a seriocomic, allegorical fantasy about Heaven, Hell, and the weird choices people make en route to one or the other. It’s based on the novel by C.S. Lewis, who chose the title as an ironic reference to William Blake’s “The Marriage of Heaven and Hell.” The New York-based Fellowship for Performing Arts company—who visited Pittsburgh last year with an adaptation of Lewis’ The Screwtape Letters—now bring C.S. Lewis’ The Great Divorce to the Byham Theater. 4 p.m. Today only. 101 Sixth St., Cultural District. (MV)