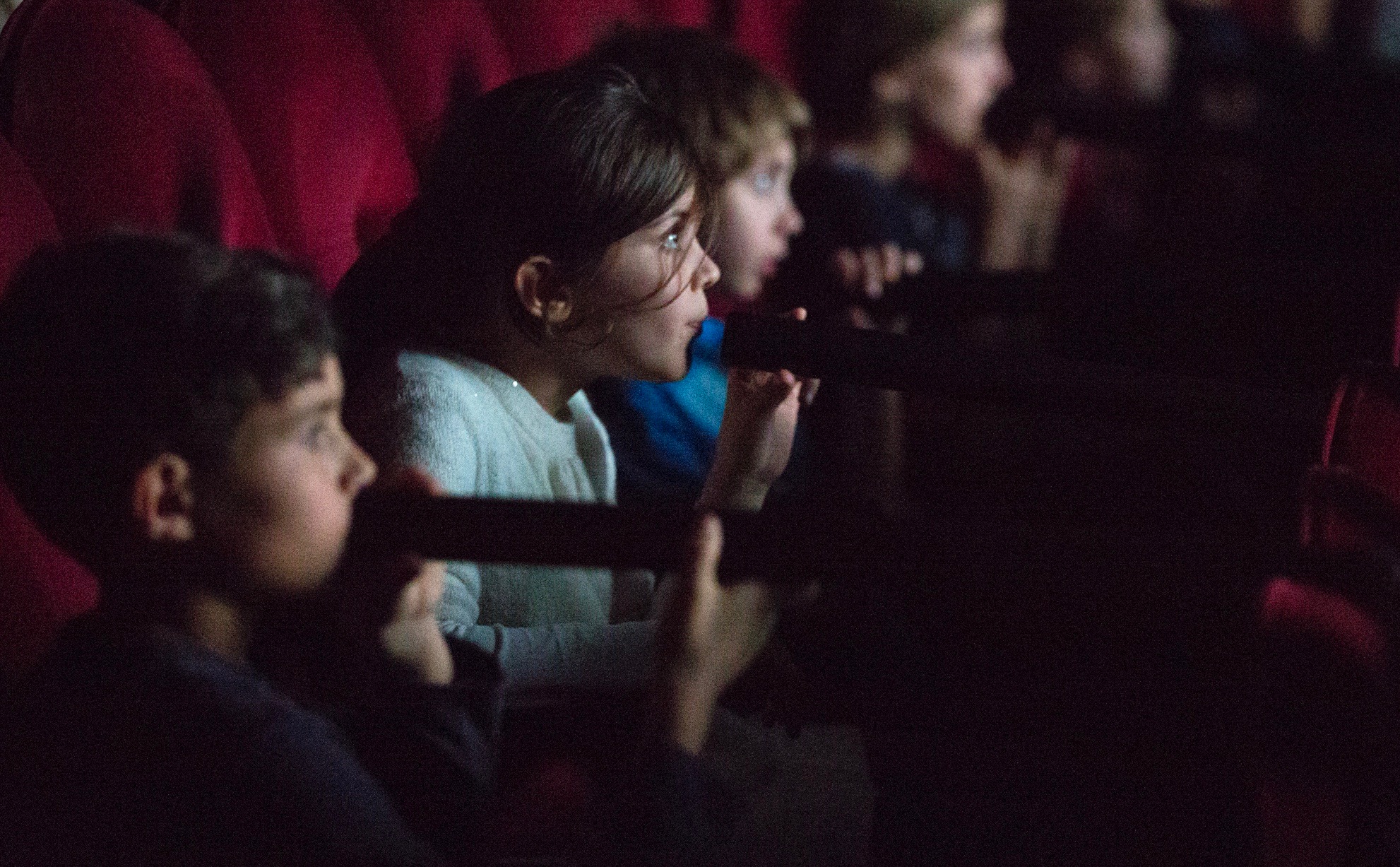 1) One adventurous show in the Pittsburgh International Festival of Firsts is Britt Hatzius’ Blind Cinema. This is a regional premiere, as it’s already been staged in various European and U.S. movie theaters. On the screen, Hatzius projects a film she has made, which has a soundtrack but no spoken words. Seated in the audience are alternating rows of adults who’ve bought tickets, and children recruited from local schools. The adults can’t see the film; they are blindfolded. The kids have been told to narrate what they see. Each one whispers a stream of personal commentary through a hollow tube, to the ear of an adult sitting in front. Blind Cinema could be called a back-to-school piece, as it flips the script by having pupils (literally) impart information to grownups, about matters of which the grownups are mostly clueless. But the experience is said to be provocative on many fronts. Hatzius, a German artist based in London and Brussels, is a member of the collective Not Applicable. September 22 at 1 p.m, 4 p.m., and 7:30 p.m. in the Harris Theater, 809 Liberty Ave., Cultural District. (MV)

2) First Unitarian Church of Pittsburgh Songspace series presents an evening of original acoustic music with Jesse Terry He attended Berklee College of Music and then worked for a publisher in Nashville, Tennessee, writing songs for five years before taking his music out on the open road. Terry counts as his influences The Beatles, Jackson Brown, Joni Mitchell, CSNY, James Taylor, and Brian Wilson. Terry has said,“So much of my music is about expressing the joy of the journey and finding strength and resiliency to battle through the difficult times,” Shawna Caspi opens. Caspi is from Toronto, Canada, and is an accomplished singer, fingerstyle guitarist, story sculptor, and a truth teller. Sounds like a nice opportunity to chill and hear some great music. 7:30 p.m. 605 Morewood Ave., Shadyside.