1) Long before suburban sprawl, Long Island was known for its oyster industry—and then, in the strangest of cosmic convergences, the Island gave birth to Blue Öyster Cult. Donald “Buck Dharma” Roeser, Eric Bloom, and company have been among the heaviest of heavy-metal and genre-busting rockers for more than a generation. Now Roeser and Bloom with the current incarnation of Blue Öyster Cult play Jergel’s Rhythm Grille. Be prepared for songs including “Godzilla,” “(Don’t Fear) The Reaper,” and an oyster-y feast of many more. Special guests are NickyMo’ and The MamaLukes. 8 p.m.Sold out. 285 Northgate Dr., Warrendale. (MV) 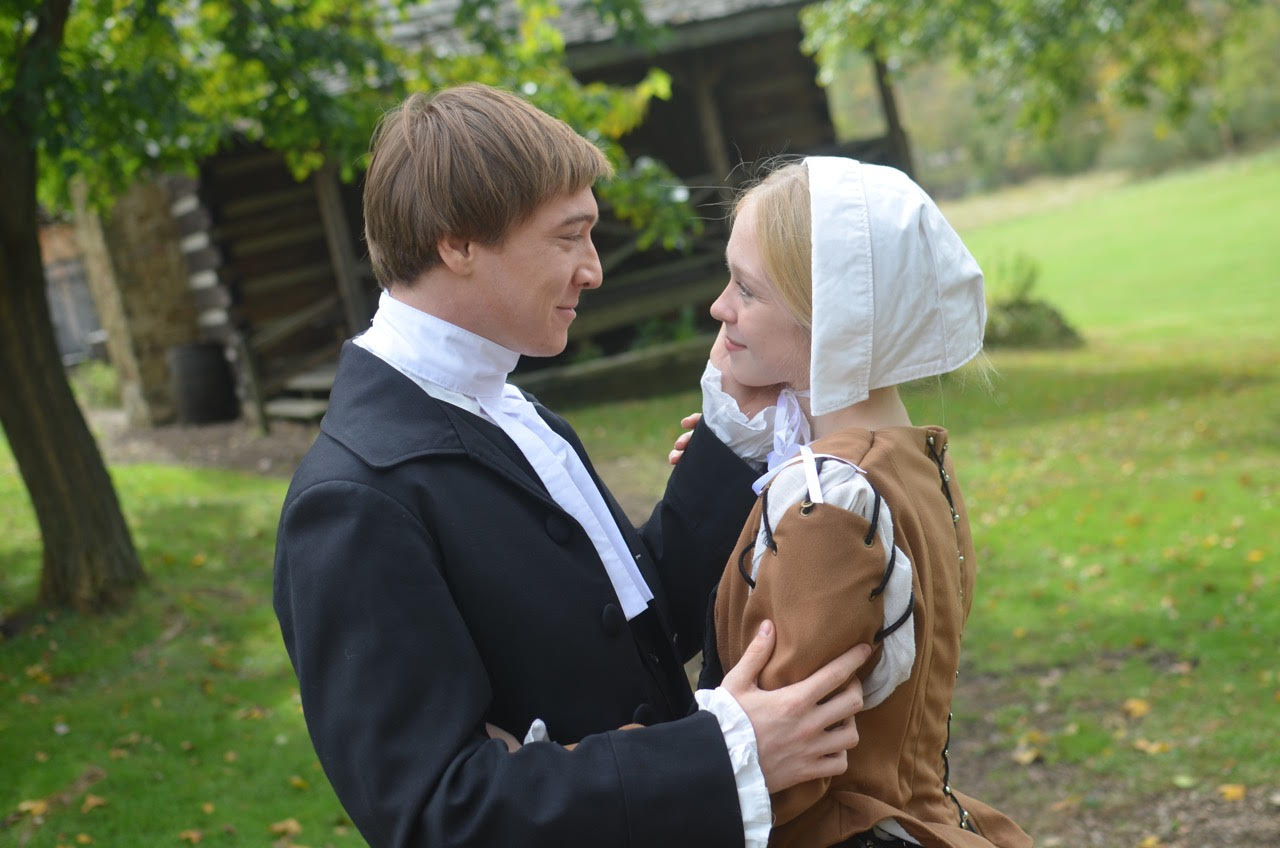 Hester Prynne is a pariah, but at least one neighbor understands her plight in ‘The Scarlet Letter.’ Actors for Prime Stage Theatre are Kyle DePasquale and Allison Svagdis.

2) Pittsburgh’s Prime Stage Theatre specializes in plays adapted from literature. They are typically plays that deal with social issues or controversies as well, and the company opens its 2019-20 season with a unique meta-twist on a classic. The stage version of Nathaniel Hawthorne’s The Scarlet Letter includes Hawthorne himself as a character. As you may know, the story is set in Boston during the 1600s. Hester Prynne, a young woman who has borne a child out of wedlock, is reviled and shunned as an adulterer by her Puritan community. But she refuses to name the child’s father—who turns out to be a respected figure in that community. Themes of love, guilt, and judgment intersect. The adapted play is by Liam Macik, a Pittsburgh native and cofounder of the city’s Throughline Theatre. He has put Hawthorne on stage to add an underlying theme: As the story unfolds, the author tells us how and why he wrote it as he did. The Prime Stage cast has Allison Svagdis as Hester Prynne and Everett Lowe as Hawthorne. 8 p.m. Continues through November 10. At the New Hazlett Theater, 6 Allegheny Square East, North Side. (MV)

3) Wreck Loose, who have played myriad local music festivals, such as RANT in Lawrenceville, will perform at the newly remodeled Thunderbird Café. The performance is to celebrate the release of the indie-rock band’s sophomore album, Wreck Loose Kills Again. “Hard Drugs” is a rollicking, clever tune. Nathan Zoob, who also performs solo around the city, is a member. The Buckledowns open. 8 p.m. 4053 Butler St., Lawrenceville. (CM)

5) One of Pittsburgh’s hottest sports teams takes the field tonight—The Riverhounds. The squad takes on Louisville City in the second round of the 2019 playoffs 7 p.m. at Highmark Stadium. See some great soccer action up close and in person. 510 W. Station Square Dr., Station Square.