1) Brian Wilson is one of the key contributors to the great American songbook created by the Beach Boys. Surfing, racing, and love were some of the thematic elements in their tunes. Many of them written by Wilson, he is credited with writing more than two dozen Top 40 hits for the Beach Boys. Wilson’s innovative writing and recording techniques became well-respected in the industry. He is a true champion who overcame the incapacitating challenges of mental illness to again achieve greatness through his music.

Wilson is a highly talented singer, songwriter, pianist, guitarist, and arranger who is a member of the Rock and Roll Hall of Fame and a two-time Grammy winner. He is touring under the banner of Brian Wilson presents The Christmas Album Live. Wilson is especially well known for his work on The Beach Boy’s groundbreaking album, Pet Sounds. The album was the Beach Boys’ 11th studio album and was one of the first concept albums, incorporating, rock, jazz, psychedelic, classical, and avant-garde influences. “Wouldn’t It Be Nice” “Sloop John B”  and “Caroline, No” were all notable hits from the album. Wilson’s intent was to make the greatest rock and roll album ever. It peaked at no. 10 in the U.S. and at no. 2 in the U.K. Special guests performing with Wilson are Beach Boys’ founding member Al Jardine, and Blondie Chaplin. 7:30 p.m. Heinz Hall, 600 Penn Ave., Cultural District. 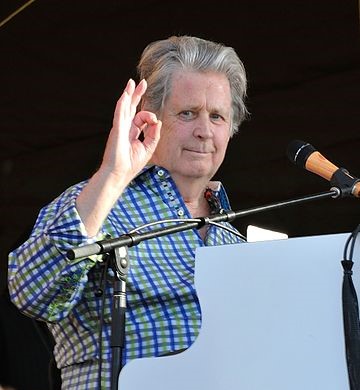 2) If you missed Courtney Barnett back in October, but are still craving some rock ‘n’ roll from the land down under, check out Middle Kids at Club Cafe. Like Barnett, Middle Kids are Aussies, and they also pair fuzzy melodic guitar with witty lyrics, such as on “Don’t Be Hiding.” The trio hails from Sydney, Australia. Hannah Joy sings and plays guitar, and her husband, Tim Fitz, also plays guitar. On drums is Harry Day. The band released a self-titled EP in 2017 and followed it with a debut LP, Lost Friends, in 2018. They have toured the states before and have opened for such acts as Ryan Adams and Cold War Kids. The Shacks open. 8 p.m. Sold out. 56-58 S. 12th St., South Side. (CM)