1) Brian Wilson is one of the key ingredients of the great American songbook created by the Beach Boys. Surfing, racing, and love were some of the thematic elements in their tunes. Many of them written by Wilson, he is credited with writing more than two dozen Top 40 hits for the Beach Boys. Wilson’s innovative writing and recording techniques became well-respected in the industry. He is a true champion who overcame the incapacitating challenges of mental illness to again achieve greatness through his music.

Wilson is a highly talented singer, songwriter, pianist, guitarist, and arranger who is a member of the Rock and Roll Hall of Fame and a two-time Grammy winner. He is touring under the banner of Greatest Hits Live. Wilson in 2016 brought his 50th Anniversary of Pet Sounds tour to Pittsburgh.  The album was the Beach Boys’ 11th studio album and was one of the first concept albums, incorporating rock, jazz, psychedelic, classical, and avant-garde influences. “Wouldn’t It Be Nice” “Sloop John B”  and “Caroline, No” were all notable hits from the album. Wilson’s intent was to make the greatest rock and roll album ever. It peaked at no. 10 in the U.S. and at no. 2 in the U.K. Many of those hit songs could be on the set list for this show. Wilson’s touring in advance of his upcoming album, At My Piano. Special guests are Beach Boys’ founding member Al Jardine and Blondie Chaplin. 8 p.m. The Palace Theatre, 21 W. Otterman St., Greensburg. (R.H.) 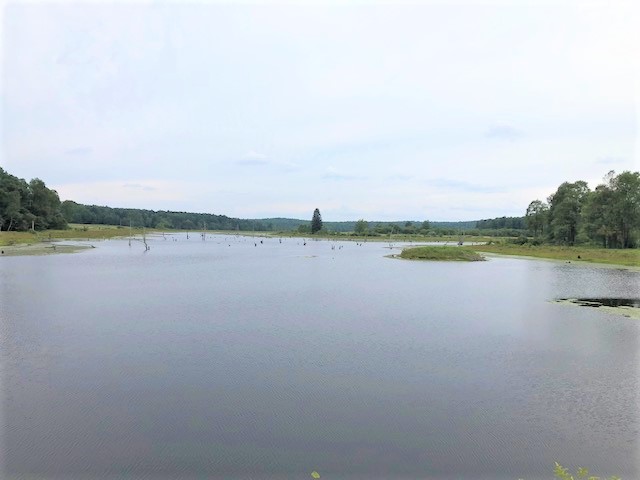 2) Buzzard Swamp deceives. Rather than a bog for the foulest of fowl, Buzzard Swamp is an expansive and lush habitat for myriad wildlife. Allegheny National Forest and Pennsylvania Game Commission cooperatively manage it. Visitors can hike, mountain-bike, fish, and (during colder times) cross-country ski. 11.2 miles of trails bend around 15 man-made ponds inhabited by frogs and snakes. Other potential animal sightings include bears, beavers, deer, and even bald eagles. Visit during the spring waterfowl migration, and see 20 to 25 different species of birds. Although the trails are mostly flat, they are not marked by diamond trail markers, save the Songbird Sojourn Interpretive Trail. Bring a map and look for “You Are Here” signs throughout the journey. Motorized vehicles, including motorized boats, are prohibited. There are two entrances to Buzzard Swamp: the northern trailhead is on Forest Road 376, and the southern trailhead is on Forest Road 157. Buzzard Swamp is a few miles from Marienville, just two hours from Pittsburgh.