1) Winner of the fourth season of “American Idol” in 2005, Carrie Underwood has been on an upward trajectory ever since. Underwood, an Oklahoma native, already has been inducted into the Grand Ole Opry and has won seven Grammy Awards, 11 Billboard Music Awards, and 14 Academy of Country Music Awards. Best known for her pop country ballads and light rockers like “Before He Cheats,” she will be performing here as part of her Cry Pretty Tour. Cry Pretty is also the name of her latest LP.  Underwood is also co-hosting the CMA Music Awards in November and could be taking home some  more impressive hardware. She is nominated for Entertainer of the Year,  Female Vocalist of the Year, and Album of the Year. Underwood is married to Mike Fisher, a former NHL hockey player for the Nashville Predators and Ottawa Senators. Maddie & Tae and Runaway Jane open. 7 p.m. PPG Paints Arena, 1001 Fifth Ave., Uptown. 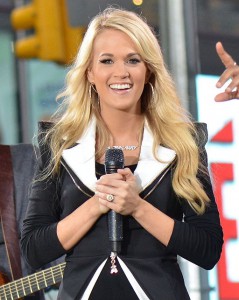 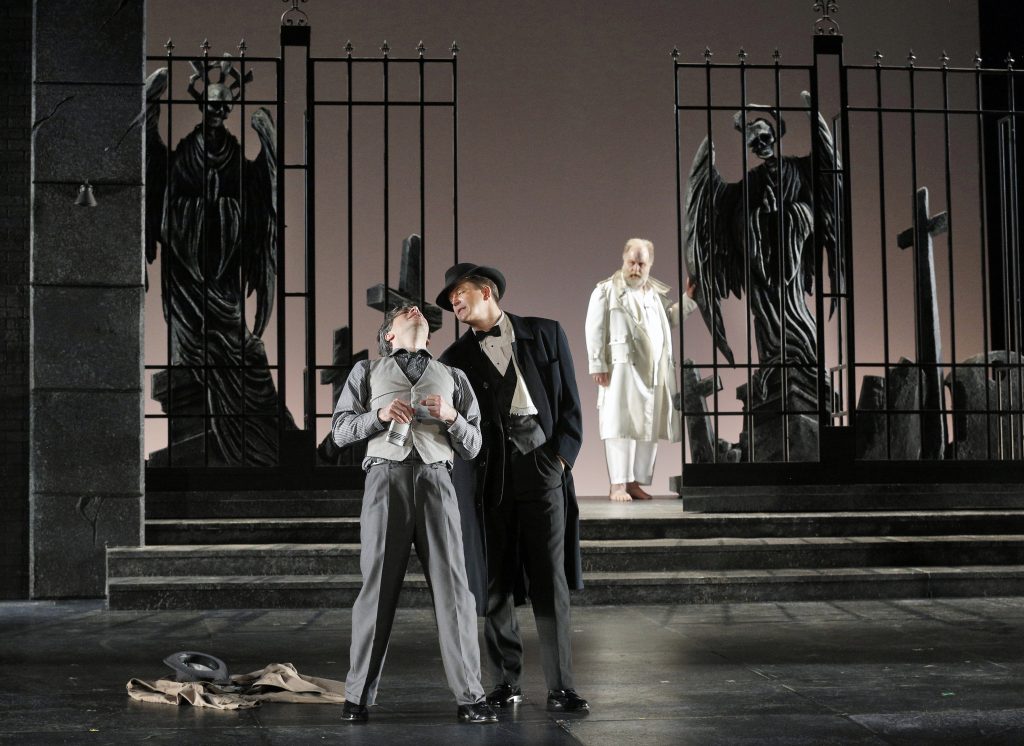 In Pittsburgh Opera’s ‘Don Giovanni,’ the night is alive but someone soon will not be. (photo: Cory Weaver for Lyric Opera of Kansas City. The uniquely themed production is being re-staged here with a new cast.)

2) When Mozart composed an opera about the seducer Don Juan, he had an apt librettist. Lorenzo Da Ponte was a renowned wit, and a Catholic priest with many lovers and children. Mozart’s brilliant music worked beautifully with Da Ponte’s story and sharp lyrics. Don Giovanni premiered in 1787 and it is this season’s opener at Pittsburgh Opera. In its time, Don Giovanni was a genre-buster. Operas of the 1700s were either serious or comic—seria or buffa—but Da Ponte and Mozart mixed the two, producing a dark comedy that has an eerily modern feeling. Don Giovanni sees himself as a wild joker, yet he does serious harm to the women he’s after, commits a murder, and finally pays the price. Tarantino? Pittsburgh Opera had a better idea, recruiting director Kristine McIntyre to stage the opera in film noir style. McIntyre has done the production in other cities and it’s said to be a knockout. The Pittsburgh cast features baritone Craig Verm as Don Giovanni, bass-baritone Musa Ngqungwana as his sidekick Leporello, and sopranos Rachelle Durkin, Corrie Stallings, and Antonia Bocci-Lodovico as the women. 8 p.m. Continues through October 20. Benedum Center, 237 7th St., Cultural District. (MV)

3) Best RuPaul quote: “We’re all born naked and the rest is drag.” He sends a cavalcade of queens to Heinz Hall on a mission dubbed the Werq The World Tour. 8 p.m. sharp at 600 Penn Ave., Cultural District. (MV)