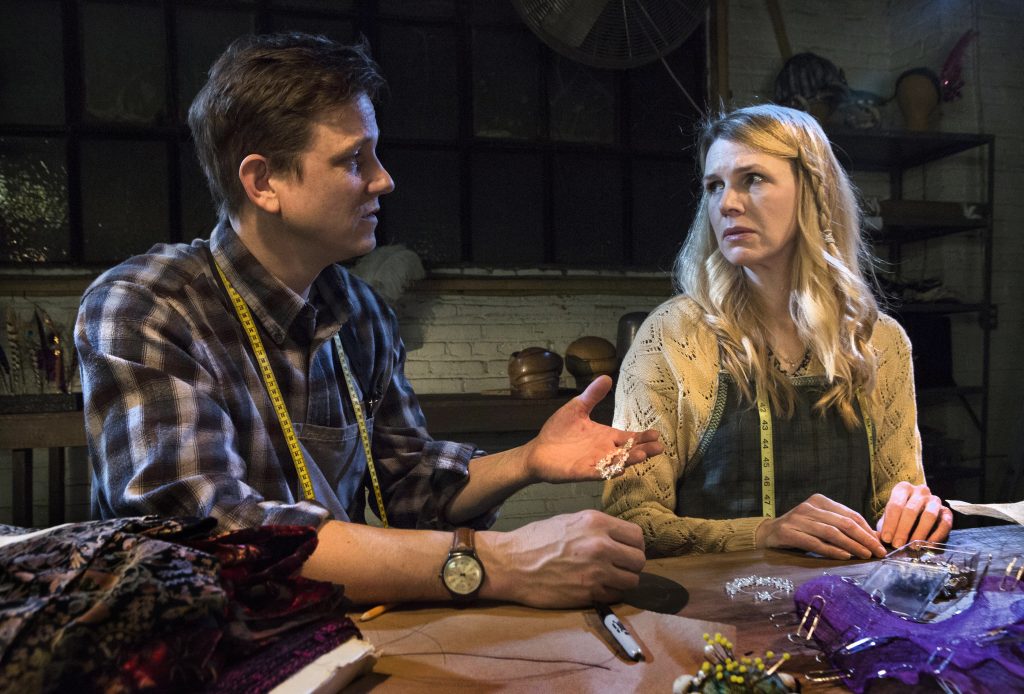 Love blooms among the drudgery of work in a hat factory for Joan (Lisa Velten Smith) and Todd (Andrew William Smith) in Caryl Churchill’s “Far Away” at Quantum Theatre. (photo: Heather Mull Photography).

FAR AWAY by Caryl Churchill. Quantum Theatre, streams through March 7

Caryl Churchill has been showing up on lists of the greatest living playwrights for so long that it’s hard to believe she is still alive. (Which she is, last time we checked, at the age of 82.) Churchill’s plays are strange but engaging. Some hover between fantasy and realism, while others time-hop or throw conventional story structure out the window. Done with human insight, these tricks resonate—perhaps because we tend to live in between our fantasies and reality, in a world that doesn’t follow tidy story lines. One catch: Churchill plays aren’t made into major motion pictures. This usually means you have to wait and hope for a local company to stage one of them. But now Quantum Theatre brings peak Churchill to your home viewing screen, with a filmed-and-streamed production of Far Away. It’s a dark-comic dystopian drama about social disintegration and hatmaking.

At the core of Far Away is a budding romance between a young woman and man who work in a factory producing artistic custom-designed hats. Unfortunately, the hats are used for not-so-happy purposes, amid conditions where even natural law is giving way to disorder. The play premiered in London in 2000. Considered one of Churchill’s best, it has only three characters and runs a tight, tense 45 minutes. Quantum Theatre presents Far Away with actors Lisa Velten Smith, Andrew William Smith, and Ingrid Sonnichsen. A donation of $10 or more gives you online access any time through March 7. The play was co-directed by Quantum’s Karla Boos and filmmaker Joe Seamans, with Mark Knobil as director of photography and hats provided by a team of 13 artisans. See our review. (MV) 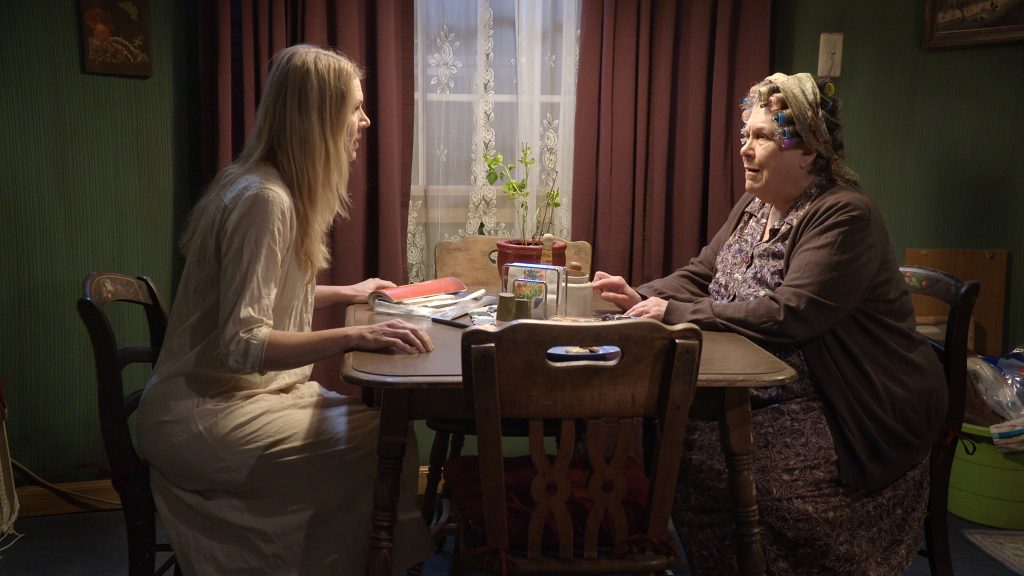