1) Several weeks after the St. Patrick’s Day festivities, when we’ve recovered from our immersion in Irish culture, green beer, and whiskey, and are starting to long for some cheerful Celtic music, Celtic Woman are playing the Benedum Center. The multi-platinum-selling group of angelic-voiced women rose to fame on their vocal talents and quality production values. Many people learned of the group through their popular performance specials on PBS. Sharon Browne; David Downes, a former musical director of the long-running Irish stage show Riverdance; and David Kavangh created the ensemble. Members have changed over the years, and the current Celtic Woman lineup is Máiréad Carlin, Susan McFadden, Éabha McMahon, and Tara McNeill. The group is currently on its 14th anniversary tour, Homecoming. 7 p.m. 237 7th St., Cultural District.

2) Not much advance promo needed here. Rent is one of the hottest musicals of modern times. The show’s 20th Anniversary Tour is booked into Heinz Hall, where seats have been going fast and early. A brief primer, for those not familiar with Rent: It was inspired by (and is partly adapted from) Puccini’s lively-but-tragic opera La Boheme, about starving artists and their friends in Paris during the 1800s. The musical is set in New York in the late 1980s, with characters who include a struggling filmmaker, a rock singer, a stripper, and a drag queen. Many characters are HIV-positive or have AIDS, and the spirit of living fully in the face of difficulties and death is a major theme. The writer/composer of Rent, Jonathan Larson, died of a rare heart condition the night before the 1996 premiere. Rent won the ’96 Pulitzer Prize for Drama and Tony Award for Best Musical; the Tonys for Best Score and Best Book went posthumously to Larson. And the 2005 movie version of Rent mostly bombed—having failed to capture the je ne sais quoi that keeps the live show very much alive. Presented as part of the PNC Broadway in Pittsburgh series. 7:30 p.m. Tonight’s performance is sold out. Performances through April 1. 600 Penn Ave., Cultural District. (MV) 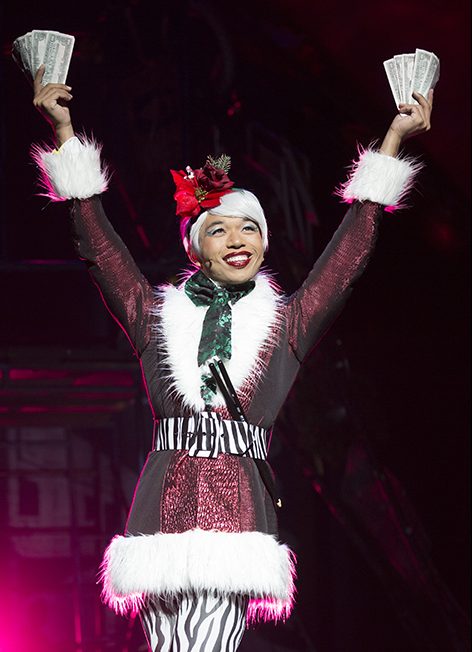 Everybody needs cash for the ‘Rent.’ Photo: Carol Rosegg. 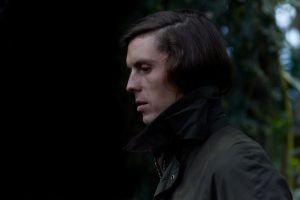 In Tall Buildings is the musical project of Eric Hall. Photo: Aleks Eva.