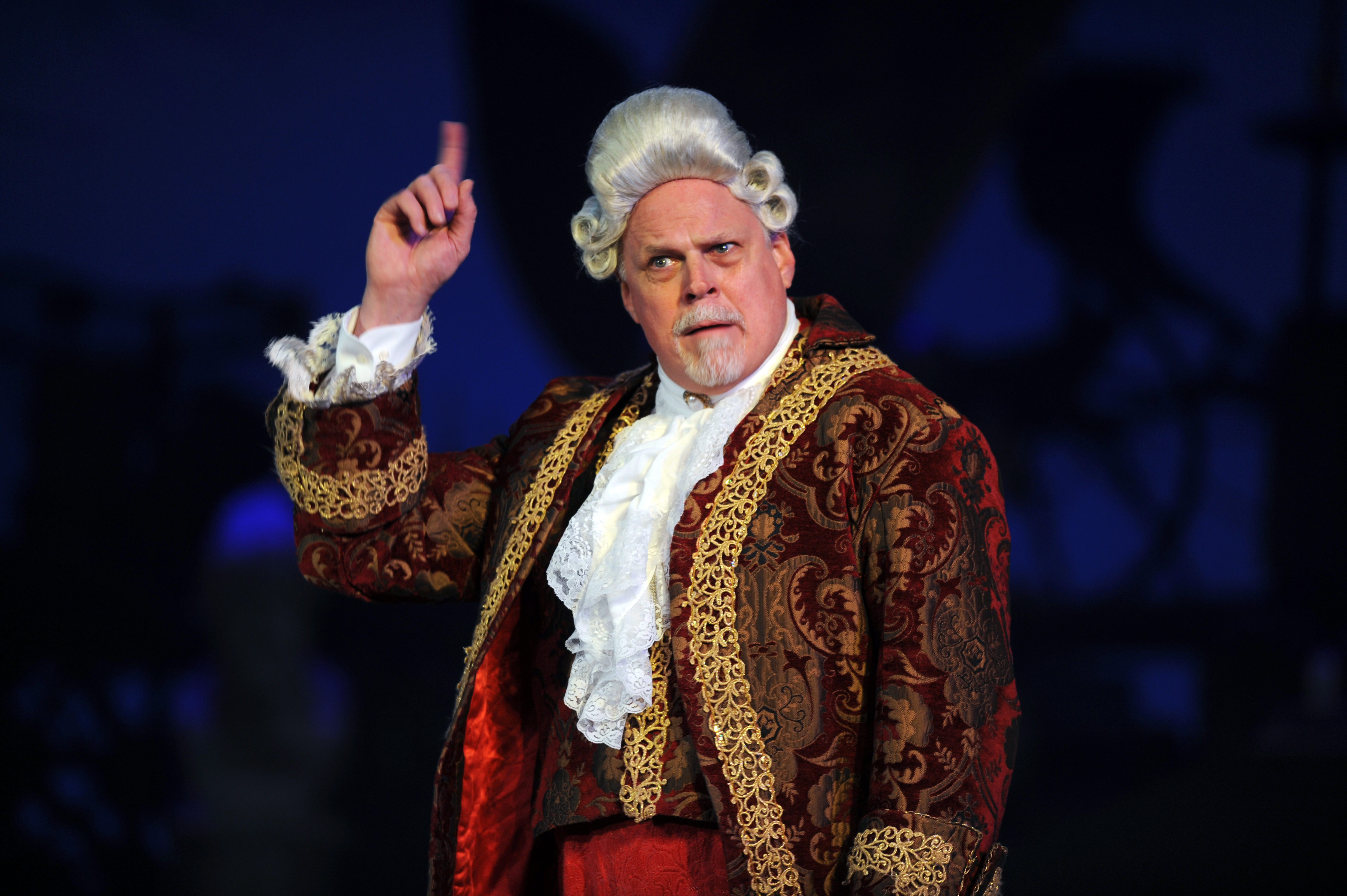 Charles Dickens’ A Christmas Carol is considered schmaltz by some but high art by many others. In Japan, the novella has been viewed as one of the great works of English literature—“possibly in a league with Hamlet,” as one Japanese scholar wrote. Distinguished actors who’ve played Ebenezer Scrooge range from Lionel Barrymore to, memorably, Michael Caine in The Muppet Christmas Carol, with Kermit and Miss Piggy as Bob and Mrs. Cratchit. In Pittsburgh CLO’s production of A Musical Christmas Carol, Scrooge is played by Broadway and TV veteran Richard Thomas, who years ago was John-Boy on CBS-TV’s “The Waltons” and in recent years has focused on stage acting. Other cast members include Jerreme Rodriguez and Lisa Ann Goldsmith as the Cratchits, plus Daniel Krell as both Marley’s ghost and young, very-much-alive Marley. The latter was not in Dickens’ original story but he shows up here because CLO uses an adaptation by American playwright David H. Bell, who added scenes that help to flesh out the narrative nicely. A Musical Christmas Carol plays at the Byham Theater. 7 p.m. 101 6th St., Cultural District. (M.V.)