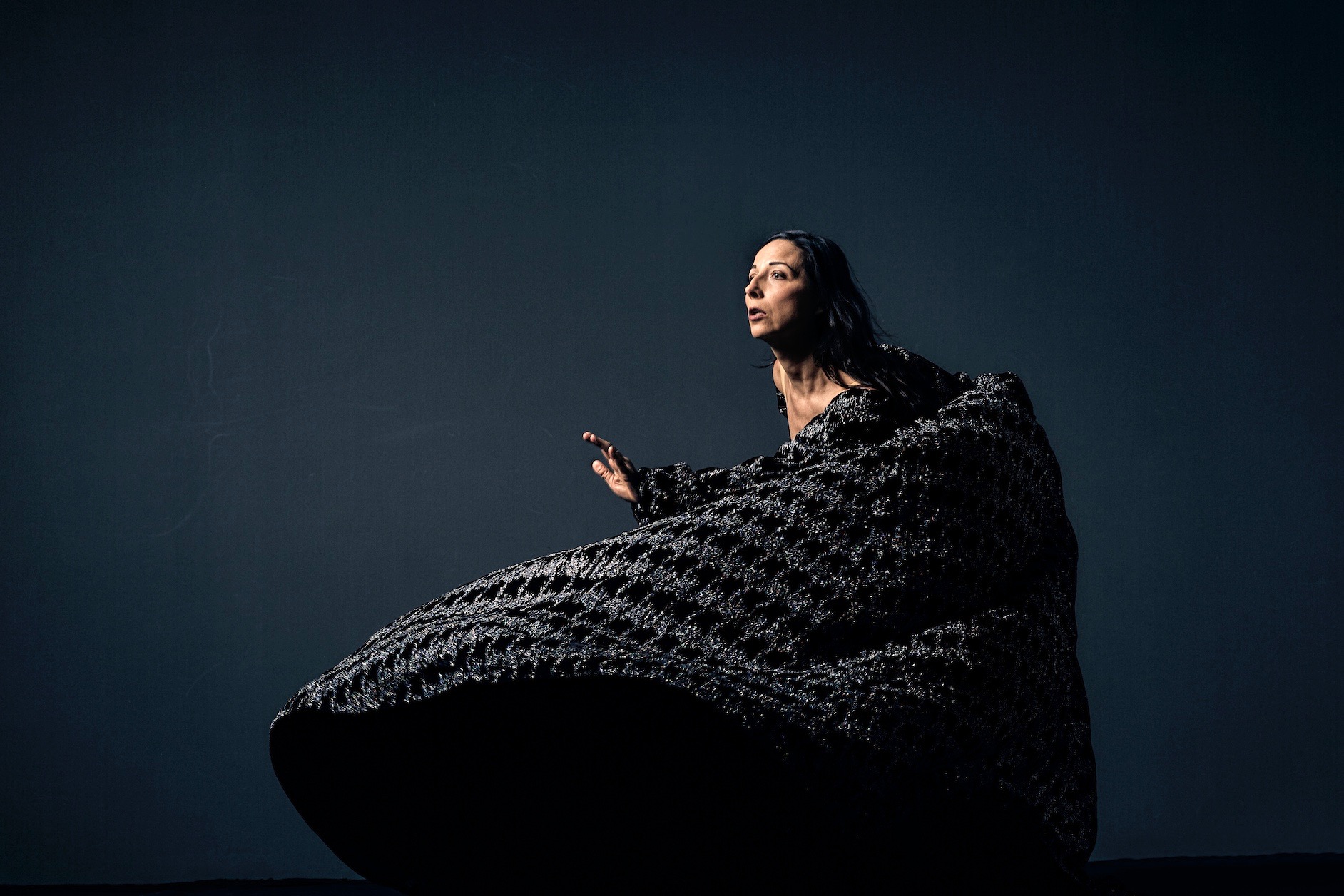 Dancer Catherine Meredith enters the twilight zone between waking and sleep in Beth Corning’s ‘with a shadow of …’ (photo: Frank Walsh)

1) The trance-like state between waking and sleep, when you’ve just begun to drift off, has a scientific name: hypnagogia. It has long fascinated artists, because the merging of dreams with conscious thought can lead to visions and insights unlike either. Salvador Dali claimed that hypnagogia helped him get surreal. And there’s an old creative-writing exercise that involves lying on the floor with one arm in the air. The idea is that as you slip into hypnagogia, the arm will drop and snap you awake, so you can write down what you saw. Pittsburgh dance artist Beth Corning presents another idea. She has created a feature-length dance and multimedia piece about this magical transitional state. Titled with a shadow of …, it follows her previous piece, 2018’s The Waiting Room, which dealt with the transition from life to death. Do we detect a pattern or are we dreaming? The new with a shadow of … is performed by Janis Brenner, David Dorfman, and Catherine Meredith along with Corning.Performances continue through March 31. At the New Hazlett Theater, 6 Allegheny Square East, North Side. (MV)

2) Cappy’s Cafe in Shadyside is holding a Team Trivia contest tonight from 9 – 11 p.m. There’s a Yuengling draft special of $3.50 for a 24 oz. beer. An order of Cappy’s wings would pair up nicely with a Yuengling or your favorite brew. 5431 Walnut St.