1) Dawes drew a large crowd for their 2017 concert at the Three Rivers Arts Festival (see our review). For this Pittsburgh visit you can find them at Stage AE. An earlier, more post-punk incarnation of the Los Angeles quartet was called “Simon Dawes.” The moniker came from the middle names of members Blake Mills and Taylor Goldsmith. (When Mills left, the group dropped the “Simon.”) The band went in a folk rock direction and in 2009 recorded and released its debut album, North Hills. In 2014, members and brothers Taylor and Griffin Goldsmith played on Lost on the River: The New Basement Tapes. The album was based on uncovered lyrics handwritten by Bob Dylan in 1967 during the recording of material that eventually was released in 1975 on the album The Basement Tapes. Elvis Costello, Jim James of My Morning Jacket, Marcus Mumford of Mumford & Sons, Rhiannon Giddens, and many others also contributed. Mills returned to produce Dawes’s 2016 album, 2016’s We’re All Gonna Die. Dawes latest release is Passwords, released in June. Doors open at 7 p.m. 400 North Shore Dr., North Shore.(EC, CM) 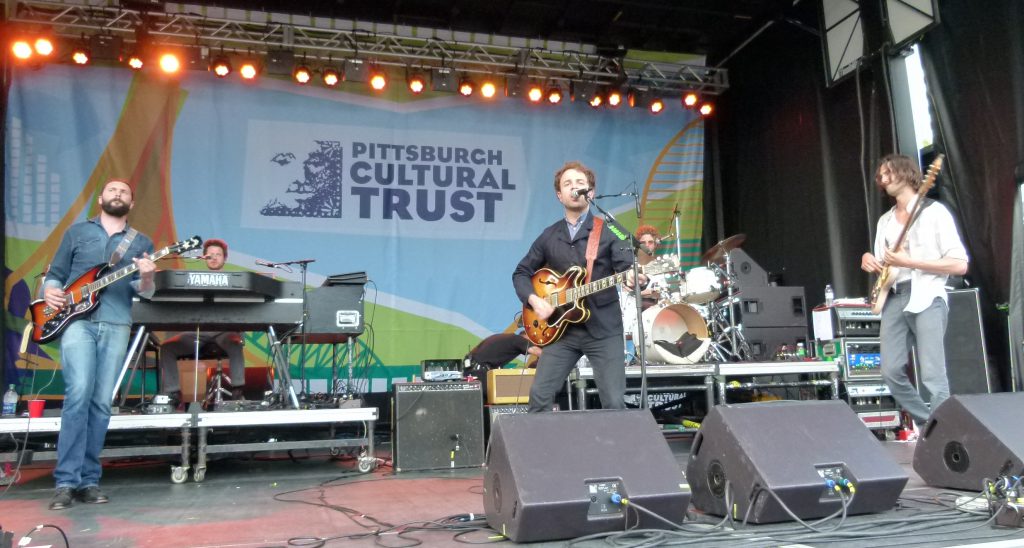 2) Waxahatchee is the musical project of Katie Crutchfield. “Chapel of Pines,” from her upcoming Great Thunder EP, is a return to her acoustic roots. Her latest full-length album was 2017’s Out in the Storm. She will perform at the Andy Warhol Museum as part of its Sound Series. Night Shop and Anna St. Louis open. 8 p.m. 117 Sandusky St., North Side. (CM)