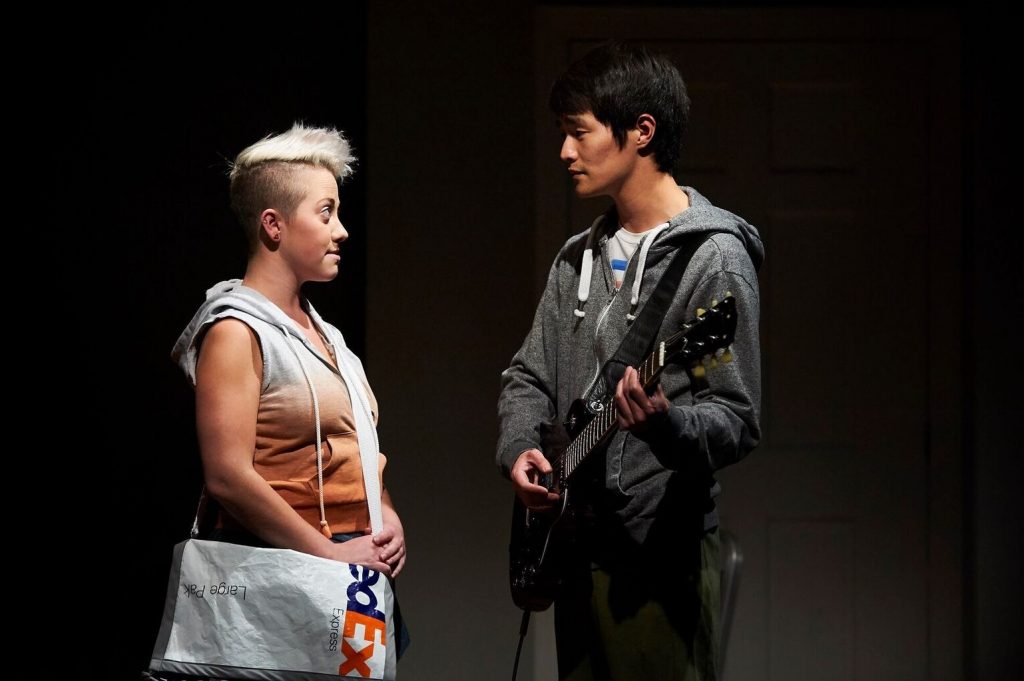 1) Google “Nomad Motel” and you’re likely to get a bunch of entries for actual motels, including one reviewed by a visitor as “worst motel ever.” The fictional characters in the new play Nomad Motel, at City Theatre, often find themselves in similar surroundings. California-born playwright Carla Ching has focused the story on a family of so-called motel kids. They’re growing up in the bedbug underbelly of the Golden State, trying to live well as they drift with their mother from one cheap motel to the next. It seems that Mama is a rolling stone—and City Theatre is part of the play’s “rolling world premiere.” Nomad Motel opens simultaneously this month in Pittsburgh, Atlanta, and Kansas City. Performances continue through June 3. Our production is at 1300 Bingham St., South Side.(MV)

2) Dogfight is a throwback musical, but not the glittery good-old-Broadway kind with guys in tuxes and babes in chorus lines. The setting is San Francisco during the Vietnam War. A group of young U.S. Marines are out to paint the town before flying overseas to combat. They decide to play a game called “dogfight,” in which the object is to see who can pick up the ugliest date. One fellow lands an unglamorous gal who turns out to have a wonderful personality. From there, the questions are whether—and how—true love will conquer male stereotyping. Dogfight was adapted from a 1991 movie of the same title, and the story concept is a throwback to an older movie: the 1955 Oscar winner, Marty. In that one, a working-class New York shy guy falls for a woman his buddies write off as, well, a dog. Dogfight updates this concept in a couple of ways. The woman is a tougher, more resilient character. And the stage musical, of course, adds music. Stage 62 performs Dogfight in the Music Hall at the Andrew Carnegie Free Library. 8 p.m. Continues through May 20.  300 Beechwood Ave., Carnegie. (MV)

3) EQT CHILDREN’S THEATER FESTIVAL (various companies). Anyone with kids should consider this annual event that brings in top-notch children’s theater troupes from around the world. Featured companies for 2018 include Australia’s Born in a Taxi, Mermaid Theater of Nova Scotia, and more. May 17-20, multiple venues, Cultural District. (MV)