1) Country star Eric Church opened for Kenny Chesney at Heinz Field in 2015. Now Church headlines PPG Paints Arena for back-to-back concerts over two days. No opening act. Just the promise of two different musical experiences as Church draws from his six-LP discography for each show. His followers, the Church Choir, should be pleased. The most recent of those LPs is 2018’s Desperate Man. Church is from North Carolina, but like many a country artist before him, he pursued his musical dream in Nashville. He released his debut album, Sinners Like Me, in 2006. His first song to enter Billboard’s Hot 100 Top 20 was “Springsteen.” You bet a song named after the Boss is going to have crossover potential. It helped that the tune told a vivid story over uplifting guitar chords, just as the Boss’s songs do. The video’s pretty good too. 8 p.m. 1001 Fifth Ave., Uptown. (CM) 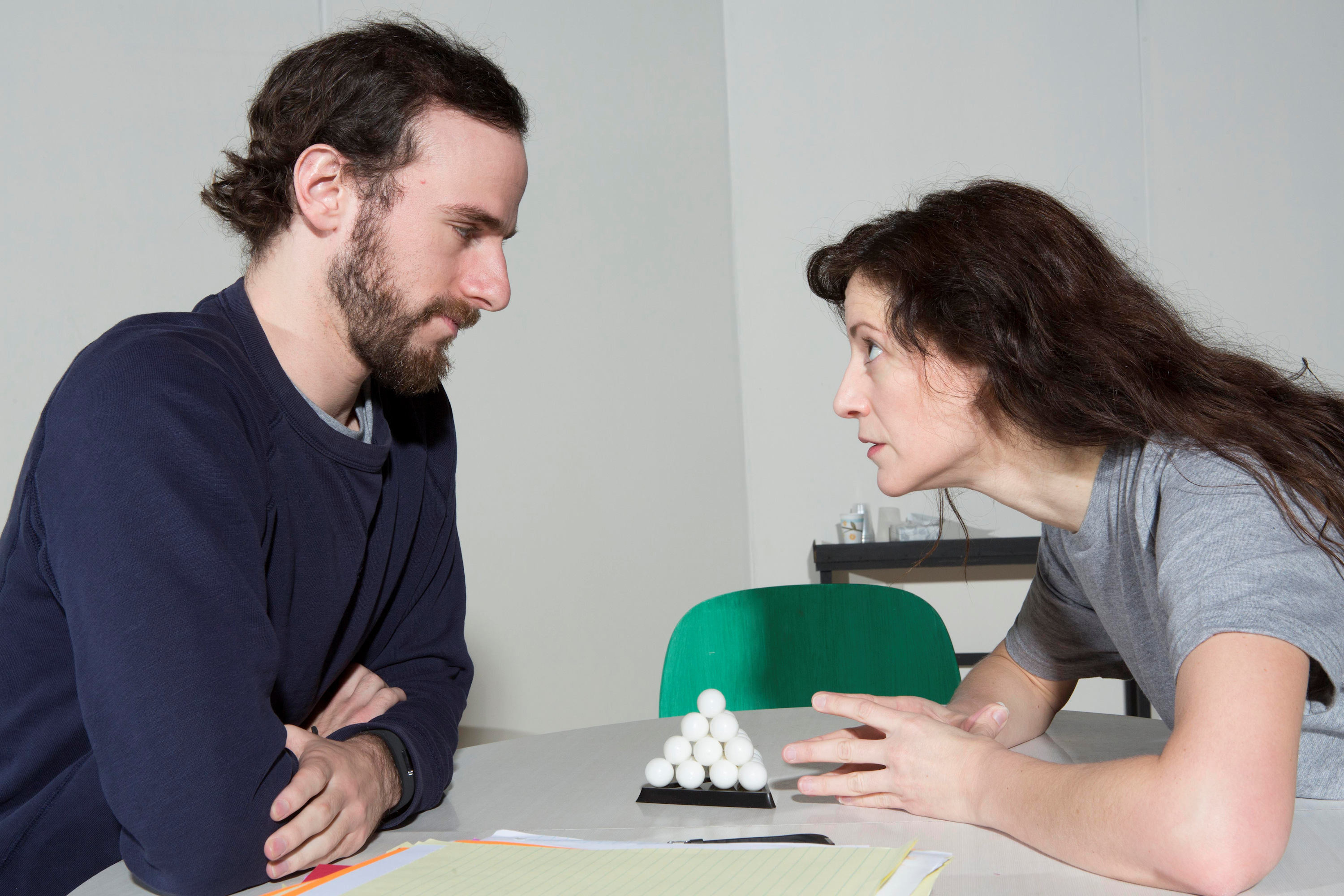 Alec Silberblatt and Erika Cuenca play a delusional but determined pair in ‘World Builders’ at off the WALL. (photo: Heather Mull)

2) Off the WALL productions, having recently scored big with Sarah Kosar’s Mumburger, presents another intriguing new two-person play. World Builders, by American playwright Johnna Adams, is billed as a “dark romantic comedy”—but more than romance is at stake. A young man and woman meet as psychiatric patients in a clinical trial. Each suffers from a disorder that has led them to withdraw into inner fantasy worlds they’ve constructed. Now they are testing a drug that could bring them back to reality. The question is, do they really want to go there? Actors Alec Silberblatt and Erika Cuenca play the young “world builders”; Linda Haston directs. 8 p.m. Performances continue through May 18. At Carnegie Stage, 25 W. Main St., Carnegie. (MV)