1) Pop-punkers Fall Out Boy, from the Chicago suburb of Wilmette, will play PPG Paints Arena. Singer/guitarist Patrick Stump, bassist Pete Wentz, guitarist Joe Trohman, and drummer Andy Hurley make up the band. Wentz and Trohman, who were part of Chicago’s hardcore music scene, began Fall Out Boy as a pop-punk side project. Stump soon joined, followed by Hurley, and the group recorded its debut studio album, Take This to Your Grave, in 2003. From Under the Cork Tree, which was released in 2005, was the album that broke the band into the mainstream. Fall Out Boy is touring in support of its seventh studio album, Mania, released this year.

Machine Gun Kelly, a rapper from Cleveland, opens. Kelly, born Richard Colson Baker, has touched multiple facets of popular culture. He was to open for Linkin Park on the band’s One More Light Tour before the tour’s cancelation following the 2017 suicide of singer Chester Bennington. In 2016, he recorded “Bad Things,” which samples Fastball’s “Out of My Head,” with Camila Cabello. His acting credits include “Roadies,” Cameron Crowe’s short-lived Showtime series. 2017’s Bloom is his latest album. Everytime I Die also opens.7 p.m. 1001 Fifth Ave., Uptown. (EC, CM) 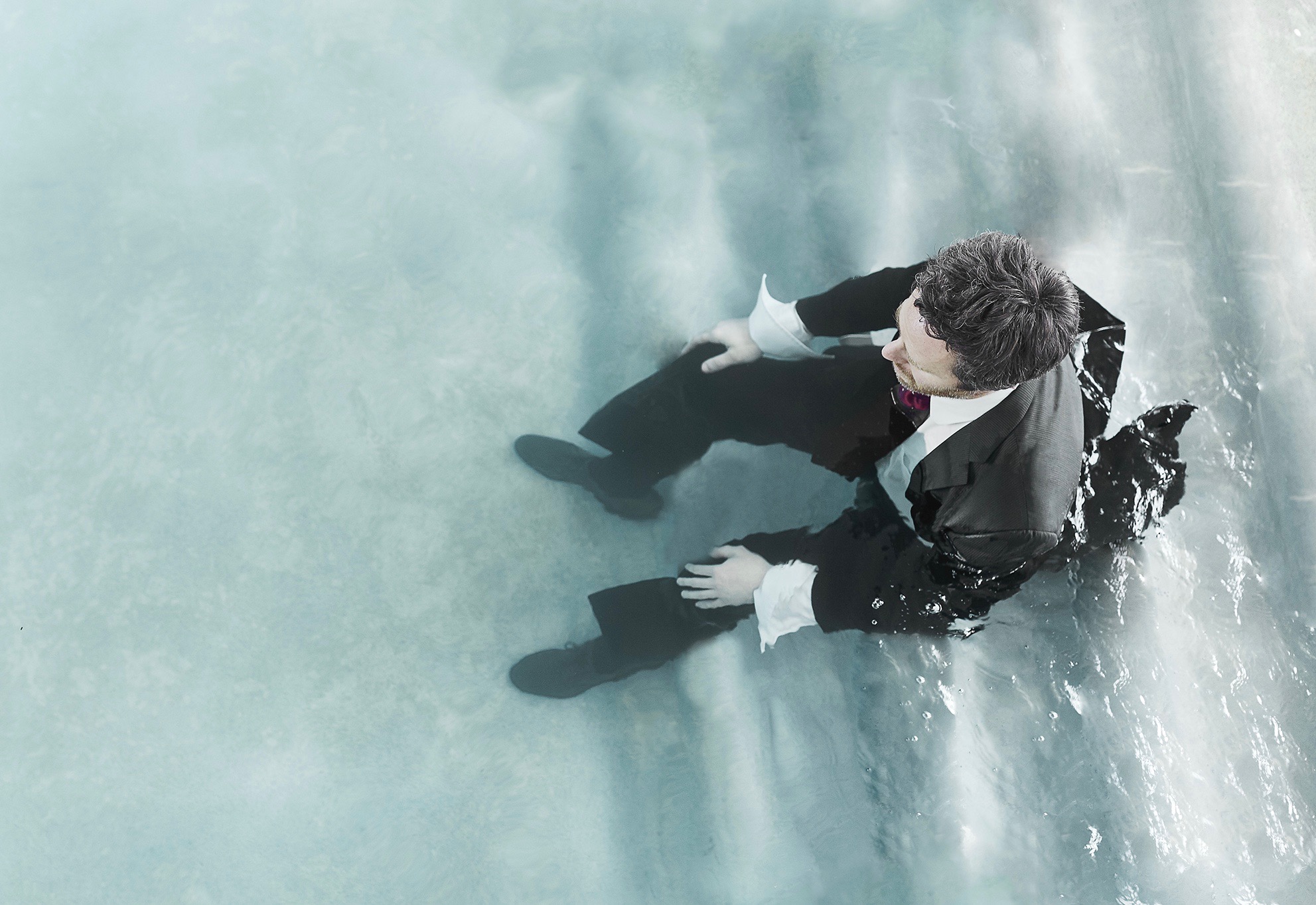 In ‘The Waiting Room,’ performer Jacob Goodman is perched at the border of life and death. (Photo: Frank Walsh)

2) Much has been written about near-death experiences. The catch is that as you grow older, everything becomes a near-death experience—you’re either close to the exit act yourself or close to people doing it. Corningworks, a dance company focused on work by artists over 45, presents a new show pertaining to the subject. The Waiting Room is inspired by the Jewish custom of shemira, which calls for a guardian (a shomer, or, if female, a shomeret) to watch over the body of a deceased person from death until burial. Tradition says the soul of the departed is still nearby during this time, hovering, waiting, along with the guardian. Company founder Beth Corning has choreographed The Waiting Room as an dramatization of being in the place where death meets life. The dance/theater piece has a cast of four and uses multimedia to help create an aura of transcendence. 7 p.m. Continues through September 9. At the New Hazlett Theater, 6 Allegheny Square East, North Side. (MV)

3) Roomful of Blues. a blues-rock swing band built upon a solid foundation of guitar, drum, and vocals with horn and keys icing on top, is celebrating 50 years as a group. The band has earned five Grammy Award nominations and many other accolades, including seven Blues Music Awards. The legendary Count Bassie once called them “the hottest blues band I’ve ever heard.” You can see them live at Club Cafe. 8 p.m. 56-58 S. 12th St., South Side. (RH)