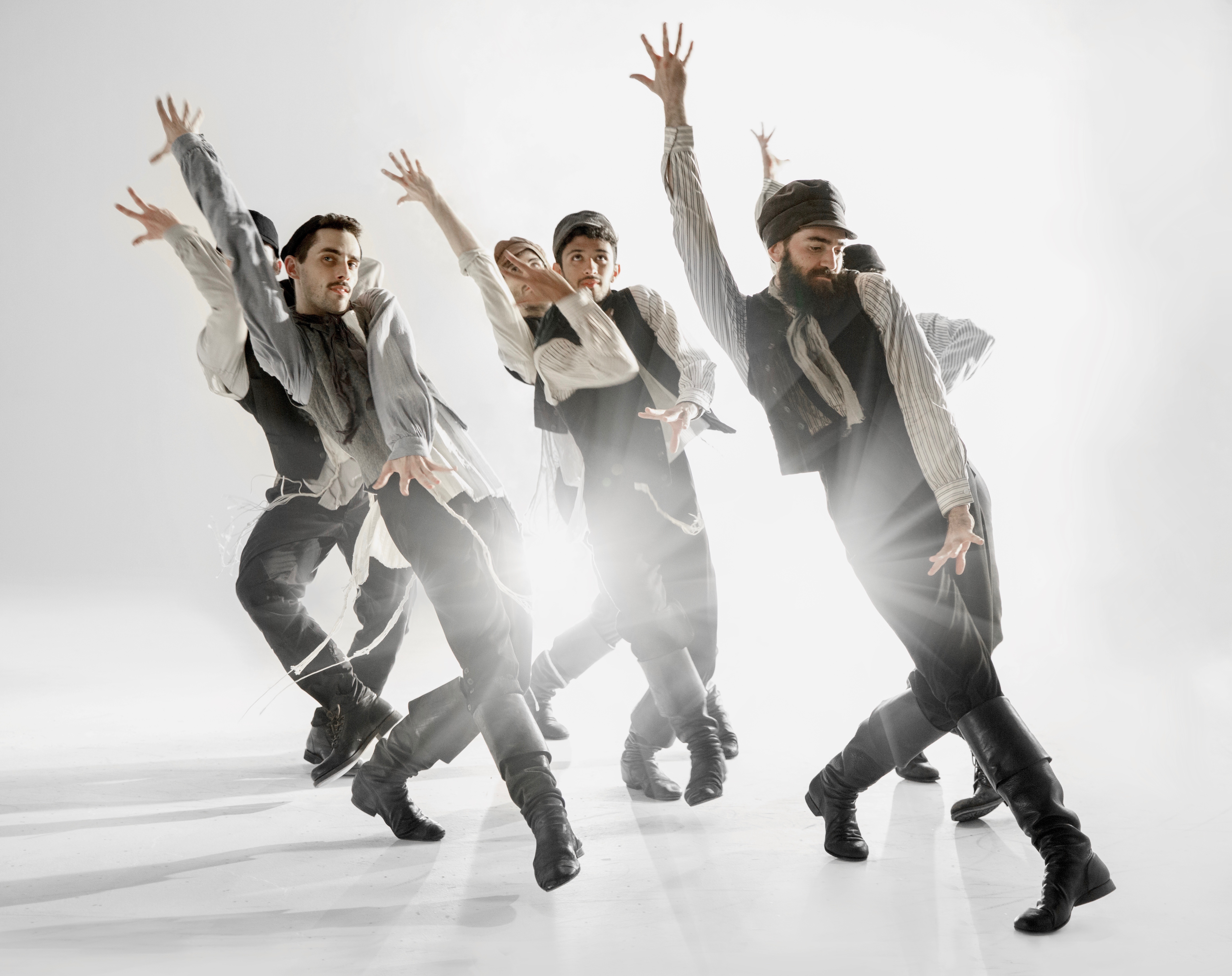 The boys of Anatevka are bringing some new moves to Pittsburgh. That’s because the touring production of ‘Fiddler on the Roof’ has choreography by modern Israeli dance artist Hofesh Shechter. (photo: Joan Marcus)

1) Regardless of what you think you might like, you can’t go wrong with Fiddler on the Roof. The winner of the 1965 Tony Award for Best Musical will make you laugh AND cry, and the songs and dances are tremendous. The opening number “Tradition” rocks the house before you’ve settled into it. “If I Were a Rich Man” is playfully sublime; “Tevye’s Dream” is a hoot; “Sunrise, Sunset” is beautiful—and that’s just a sampling of numbers in Act I, omitting gems like the amazing “Bottle Dance.” Fiddler’s story, adapted from fiction by Yiddish author Sholem Aleichem, is a moving one. Set in a Russian Jewish village around 1900, it traces the adventures and misadventures of one family against the backdrop of the rampant anti-Semitism surrounding them. Some investors shied away from the original production of Fiddler, worrying it was “too Jewish.” Others since then have faulted it for being too schmaltzy, or not as authentically Jewish as Aleichem’s stories. Picky, picky. It’s a great musical. A new North American touring company brings Fiddler on the Roof to Pittsburgh. 7:30 p.m. Continues through November 25. Benedum Center, 237 7th St., Cultural District. (MV)