1) Pittsburgh Public Theater presents a gripping saga of ancient Rome—one that has parallels to our own times, here in the modern American republic—and surprisingly it is not Shakespeare’s Julius Caesar. The Romans, like us, loved comedies. Their comedies included music. Therefore, to celebrate the approach to the Ides of March, The Public is staging A Funny Thing Happened on the Way to the Forum. This winner of the 1963 Tony Award for Best Musical was inspired by the comedies of Titus Maccius Plautus, a popular playwright in Rome around 200 BCE. His formula for making ‘em laugh was “raunchy + witty,” and that mojo is channeled exuberantly in the musical, a high-energy sex-and-confusion romp. One of Plautus’ classic characters, the cunning (and punningly named) Pseudolus, even turns up as the main character in A Funny Thing. Others include Erronius, Hysterium, and Panacea. Book by Burt Shevelove and Larry Gelbart; music and lyrics by a then-young Stephen Sondheim; who could ask for more? 8 p.m. Performances continue through February 25. O’Reilly Theater, 621 Penn Ave., Cultural District. (MV) 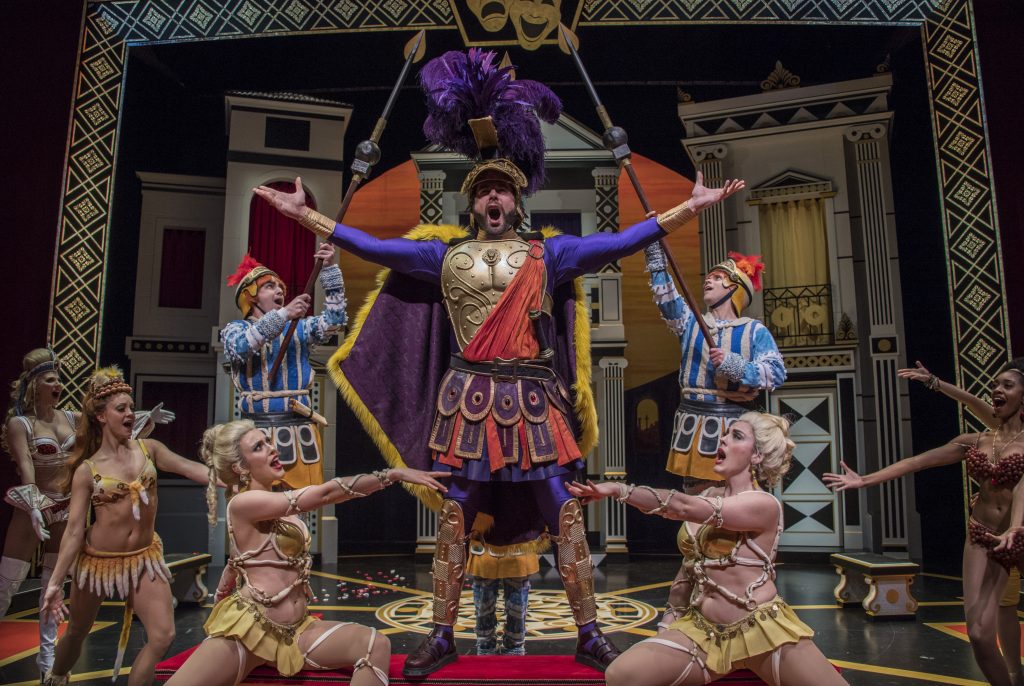 A funny scene from the musical ‘A Funny Thing Happened on the Way to the Forum’ directed and choreographed by Pittsburgh Public Theater’s Artistic Director Ted Pappas. The singing warrior, Miles Gloriosus, is Allan Snyder. Photo: Michael Henninger.

2) The Pens are playing a home game at PPG Paints Arena tonight against the Minnesota Timberwolves. The puck drops at 7 p.m. The Penguins are off until next Tuesday when they will play the San Jose Sharks in another home game. The Pens have moved up to fourth place in the Metropolitan Division of the Eastern Conference. Let’s go Pens! 1001 Fifth Ave., Uptown.