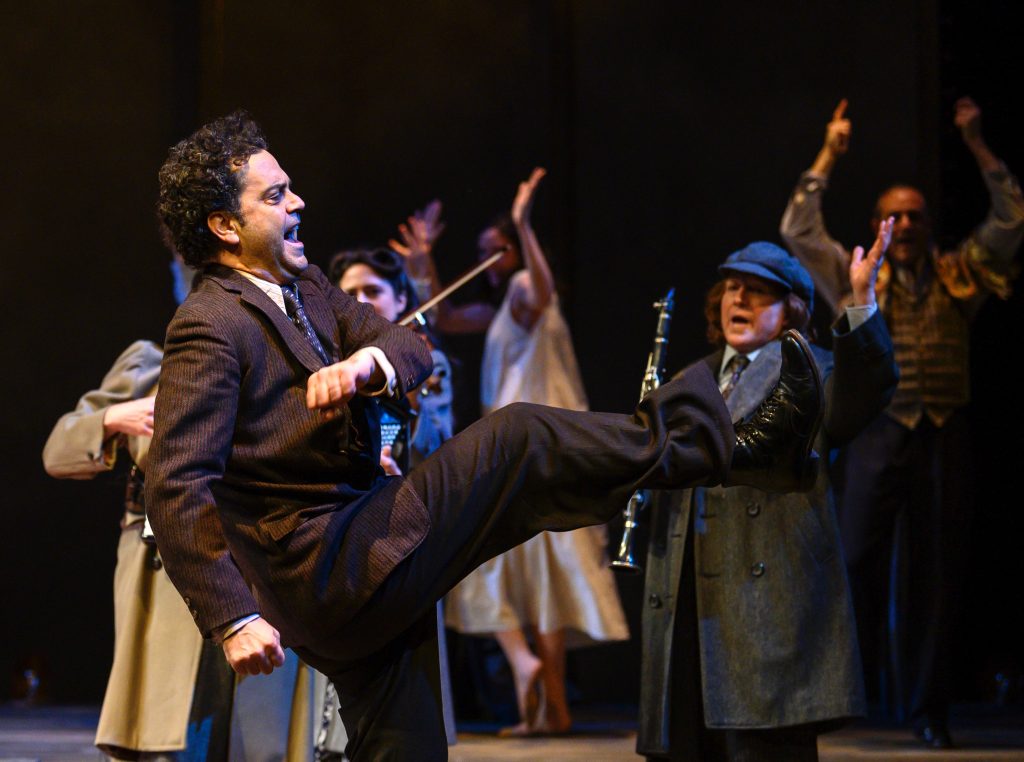 1) Paula Vogel’s Indecent, a modern play about a controversial play of the early 1900s, has been called theater at its best. The true events began in Poland in 1906. Writer Sholem Asch, very popular among the country’s Jewish population for his stories and plays in Yiddish, wrote one that stirred up a storm as soon as friends saw the script. Even the play’s title was ominous: God of Vengeance. Set in a Jewish brothel, it included a scene in which a Torah is thrown across the room—and featured a lesbian love affair. This seemed entirely too much for most of Asch’s fellow Jews, who also worried about stoking the era’s anti-Semitism. But he got the play produced in Berlin and elsewhere, to responses that ranged from “Loved it” to “Immoral, garbage, indecent!” The controversy crested in 1923 when the cast of an English-language production on Broadway were busted for obscenity. Vogel’s Indecent relates the whole saga in a manner that audiences and critics have loved—and hasn’t yet been shut down by the police. Pittsburgh Public Theater presents Indecent at the O’Reilly Theater. See our review. 8 p.m. Performances continue through May 19. 621 Penn Ave., Cultural District. (MV)

2) Outlaw Billy the Kid had quick hands and amazed people by the things he did with them for a limited amount of time. Magician Billy Kidd uses her fast hands in a more positive manner—to amaze people through her magic tricks. She is known as one of the preeminent sleight of hand and close-up magicians in the field today. Kidd has appeared on the Discovery Channel’s “Breaking Magic,”  Syfy’s “Wizard Wars,”  “Penn & Teller Fool Us,” and as a regular on the CW’s “Masters of Illusion.” She even has her own magic parlor in Bath England, Krowd Keepers Magic Theatre. In addition to sleight of hand and close up magic, Kidd is a highly skilled escapologist and illusionist. Kidd will be performing her “Bridging the Gap” at Liberty Magic through June 23.

Liberty Magic is recommended for ages 18 and up; no one under 12 will be admitted. Cocktail or party attire is suggested. The venue also offers a special space for private groups. There is also a BYOB option for a corkage fee. Liberty Magic is at 811 Liberty Avenue in the Cultural District. 7:30 p.m. For tickets and more information visit the Trust Arts Liberty Magic website or call (412) 456-6666.