1) Iron Maiden brings its Legacy of the Beast Tour to PPG Paints Arena. The tour shares its name with the band’s new mobile game, which sees its mascot, Eddie, visiting different Iron Maiden worlds. The English heavy metal group is translating these worlds into a stage show with songs to match, such as “Flight of Icarus.” 2015’s The Book of Souls is their latest album in a discography that stretches back to 1980. “Tears of a Clown,” from that LP, is about the late Robin Williams. The Raven Age opens. 7:30 p.m. 1001 Fifth Ave., Uptown. (CM)

2) Korn a seminal nu metal band that formed in Bakersfield, California, in 1993 has had 12 releases in the top ten of the Billboard 200. The group has also won two Grammy Awards. Korn is touring in advance of their new upcoming album, The Nothing. It will drop on September 13 and contains the recently released song “You’ll Never Find Me.” Alice In Chains, the multi-platinum selling, alternative rock band started in Seattle in 1987 and had early success with the songs “Man in the Box” and “Rooster.”  In 2009 Alice In chains achieved more chart topping success with the No. 1 hits “Check My Brain” and “Your Decision.” Their latest release is Ranier Fog, released last year. Also on the bill is Underoath and Fever 333. 6 p.m. KeyBank Pavilion, 665 Rt. 18, Burgettstown. 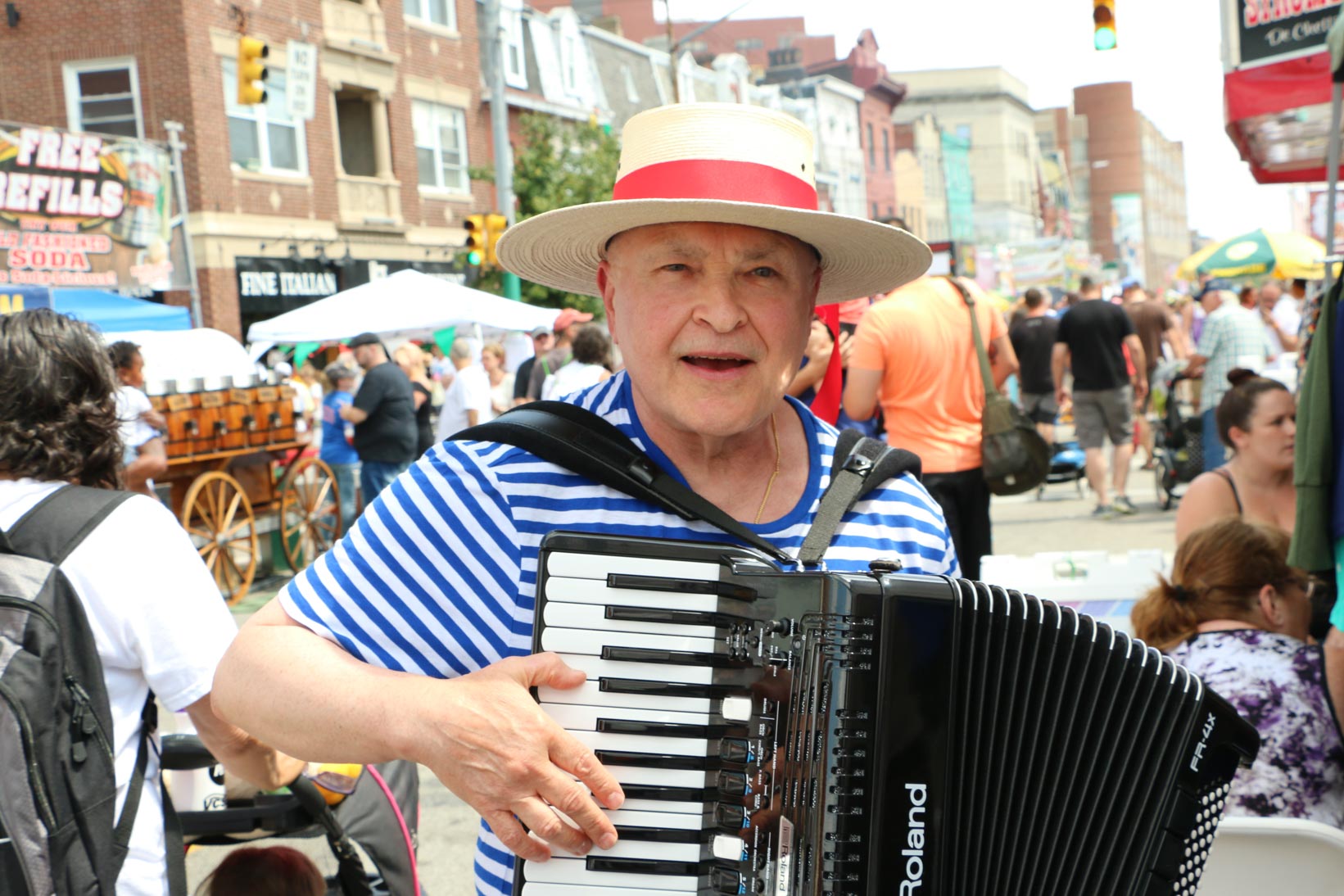 Bring your main squeeze or just have a good time solo at Little Italy Days in Bloomfield.

3) Ah, Bloomfield. Only in Bloomfield does a summer festival begin with a free concert and a celebrity bocce tournament. This East End neighborhood is known for many things. Long ago, it was home to native people affiliated with the Lenni Lenape. Johnny Unitas played quarterback for the semipro Bloomfield Rams before his storied career in the NFL. In springtime, runners laboring through mile 22 of the Pittsburgh Marathon get an astounding energy blast when they find Bloomfield’s main street lined with screaming spectators and blazing rock bands. And in mid-August the blast is called Bloomfield Little Italy Days. Immigrants from Italy’s Abruzzo region began to arrive around 1900. Their descendants have given Bloomfield great Italian food markets, an active Catholic parish … and a locale that’s now blooming with modern art galleries, eateries of multiple ethnicities, and more. Musical acts at Little Italy Days range from oldies to opera to hip-hop. Featured entertainment this year includes The Italian Granati Brothers, Jeff Jimerson, The Magic Moments, Earth, Wind & Fire tribute band Let’s Groove Tonight, John Vento’s Italian Invasion Band, Mia Z from “The Voice,” and Bloomfield’s own Marty Picker; celebratory urban street life transpires; bocce balls are bowled. And did we mention the food? 6 to 9 p.m. Aug. 15, noon to 9 p.m. Aug. 16-17, noon to 6 p.m. Aug. 18. Along Liberty Ave. and elsewhere in Bloomfield. (MV)

4) The Cynics, who infuse rock and dance sounds with intense thought-inspiring lyrics will be performing at Get Hip Recordings. They will be performing all the songs from their 1989 album Rock’n Roll, which they are reissuing, and other top songs. Opening is The Big Bend and DJs Flipside Scotty and Jesse Novak. Get Hip Recordings is a record label and distributor of over 20,000 titles in independent music started by members of the rock band The Cynics. It is now led by Cynics guitarist Gregg Kostelich and his wife, Barbara Garcia-Bernardo. 8 p.m. 1800 Columbus Ave., Manchester.

5) The Commonheart is one of the hottest bands on the local music scene. Led by frontman Clinton Clegg and his impressive rock/soul pipes, the band delivers inspiring performances. Strong guitar, rhythm, and horn sections, along with harmonious background singers, add to the aural delight. The Commonheart released Grown in 2016. “Cannonball” is a standout track. The nine-piece will release its sophomore album, Pressure, a day ahead of its sold-out matinee concert at Club Cafe. 1 p.m. 56-58 S. 12th St., South Side. (Rh, CM)