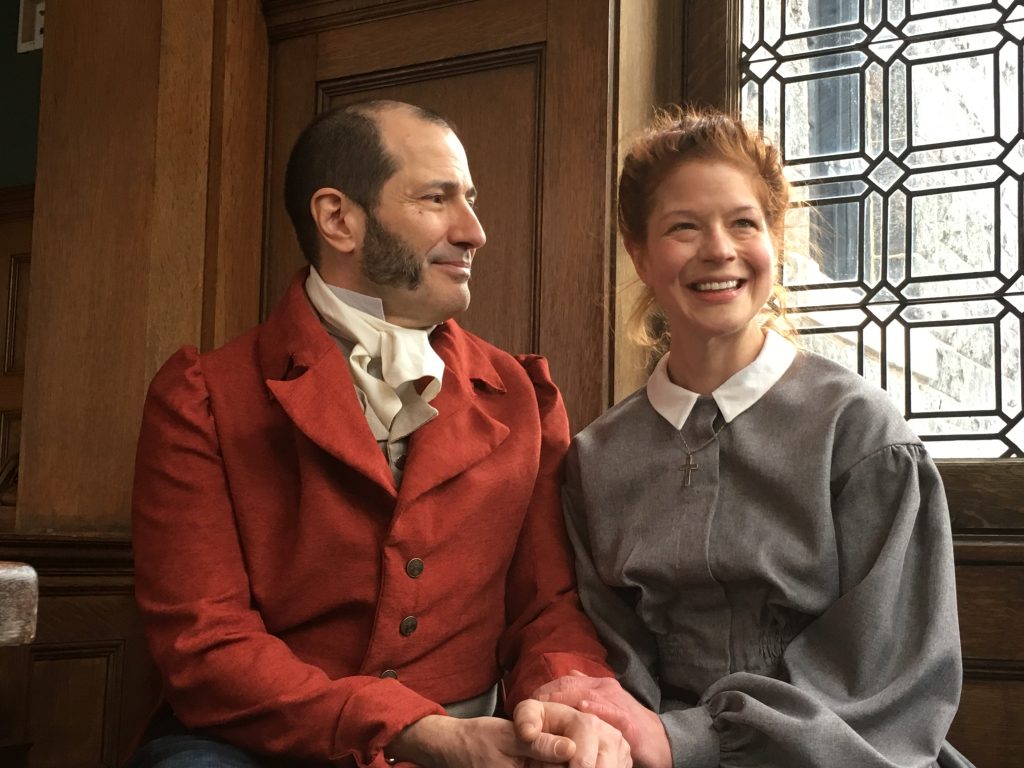 1) PICT, Pittsburgh’s Classic Theatre, wraps up its 2017-18 season with an adaptation of an extremely classic novel. Jane Eyre has been melting hearts and dazzling minds since it was first published in 1847. Charlotte Brontë wrote this coming-of-age novel by drawing from her own experiences. She then wrapped them in a gripping fictional tale that traces a young woman’s bizarre adventures from a grim childhood into a young adulthood spent among memorable characters like her love interest, Mr. Rochester, who keeps an insane wife locked away in his mansion. Critics have hailed Jane Eyre as a trailblazing work of modern psychological fiction, an insightful exposé of class and gender divisions in 1800s England, and a stirring proto-feminist novel. It’s also just a darn good story, which makes it prime material for dramatizing on stage. PICT’s adaptation is by Alan Stanford, the company’s artistic and executive director. It premiered at the Gate Theatre in Dublin and has drawn enthusiastic audiences in many places. PICT presents Stanford’s Jane Eyre in the Fred Rogers Studio at WQED. Performances continue through April 28. 4802 Fifth Ave., Oakland. (MV)

2) Wow, talk about a power couple; former U.S. Representative from Arizona, Gabby Giffords and retired NASA astronaut and Naval pilot, Captain Mark Kelly! Giffords was a Fulbright scholar and after a distinguished career in business, won election to congress in 2007. She retired in 2012, after an assassination attempt at a meeting with constituents severely injured her in 2011. She fought hard during her recovery process and her and Kelly started a political action committee, Americans for Responsible Solutions, which seeks to reduce incidents of gun violence. Kelly has served as a commander on the Space Station and participated in a recent medical study on the effects of space on humans with his twin brother and fellow astronaut Scott Kelly. We salute Gabby Giffords and Mark Kelly for their many years of highest quality government service. This is part of the Pittsburgh Speakers Series at Heinz Hall by Robert Morris University. 8 p.m. 600 Penn Ave., Cultural District.

3) The Penguins have secured their NHL playoff spot and face off tonight at 7 p.m. against their first round opponent, the Philadelphia Flyers. Good luck to the Pens as they try to go for a Stanley Cup Three-peat! The second game in the opening round is Friday at 7 p.m., also at PPG Paints Arena. 1001 Fifth Ave., Uptown.