1) After singing and performing with Rilo Kiley for 16 years, creating hits like “Silver Lining,” the band broke up and Jenny Lewis decided to strike out on her own again. It wasn’t easy at first as her father had died, she suffered from severe insomnia, and her album was overdue. As Lewis recounted in a “CBS Saturday Morning” interview, the reason for the delay was that she was scared—she didn’t want the album to suck; she wanted it to be first-rate. The result of that quest was 2014’s The Voyager, a top-quality album that includes the hits “She’s Not Me” and “Just One of the Guys.” The album, partly produced by Ryan Adams, debuted at number nine on the Billboard 200 chart in July 2014. Lewis’s pleasant melodic voice, ability to hold a note, nice appearance, and cool stage dances heightened her popularity. Her band members are all very talented musicians. 2016 saw her in the trio Nice As Fuck with Erika Forster (Au Revoir Simone) and Tennessee Thomas (The Like). Karl Blau opens. 8 p.m. Carnegie of Homestead Music Hall, 510 E. 10th Ave, Munhall. (RH) 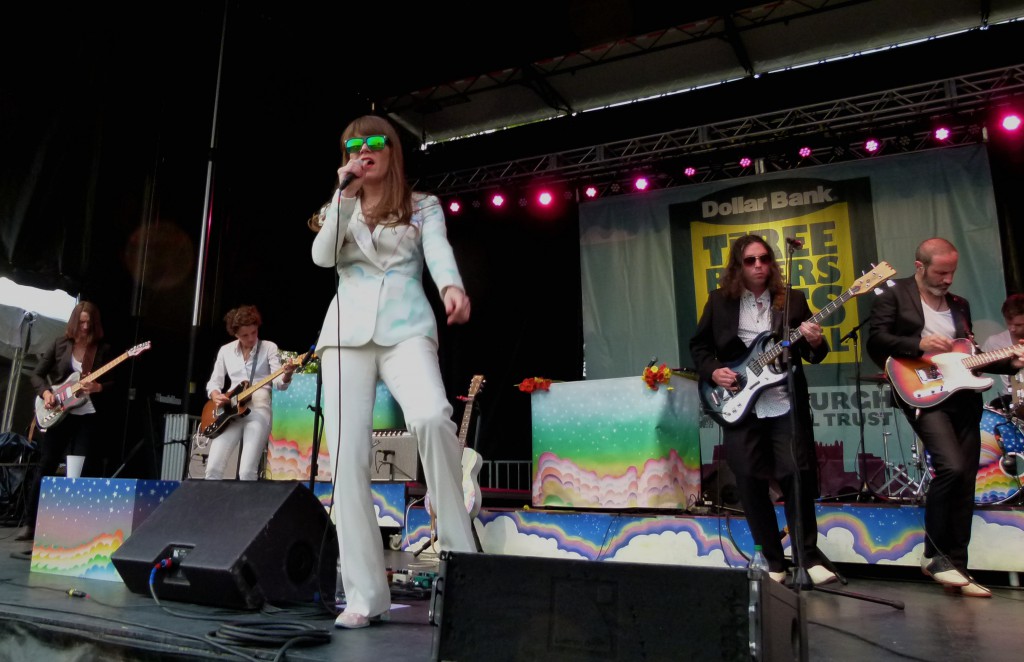 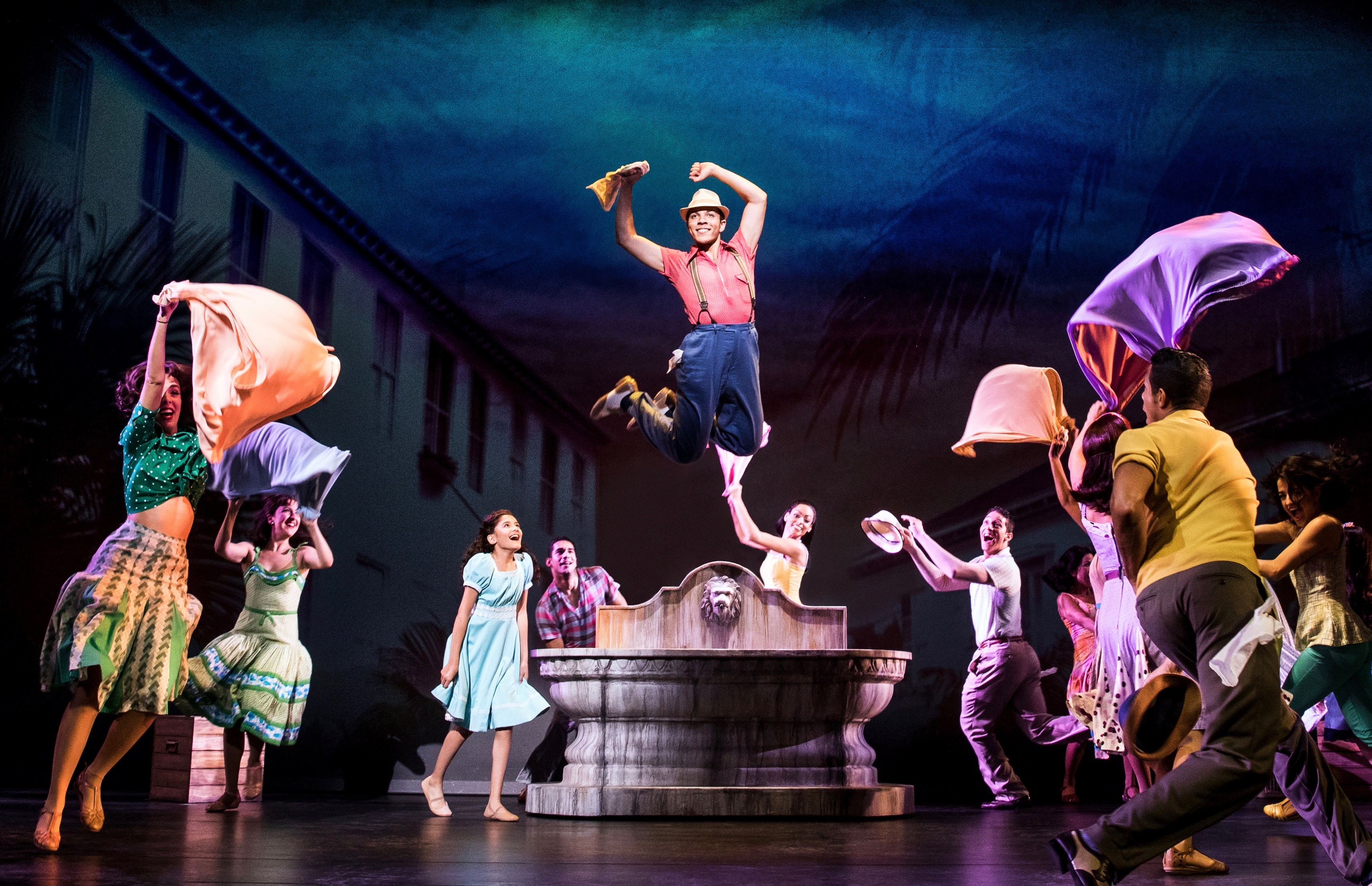 Sometimes the dancers in ‘On Your Feet!’ rise ‘way off their feet!

2) What do blockbuster Broadway musicals have, which no previous form of theater had? An exclamation mark at the end of the title!  But that’s not the only attraction when the national touring company of On Your Feet! visits Benedum Center! This is the bio-musical about the lives (and music!) of two very popular pop musicians, Gloria Estefan and her husband Emilio Estefan Jr. Along with being known for their sizzling Latin beats, the Estefans are civic icons among, and de facto cultural ambassadors of, the sizable Cuban-American population in Florida. Gloria met Emilio when she joined his band the Miami Latin Boys in 1977. The band was renamed Miami Sound Machine and became a national sensation with Gloria as lead singer. Later, working also as a solo artist, she recorded hit albums sung both in Spanish and English. The musical’s title, On Your Feet!, has a literal reference. Estefan was badly injured in a 1990 tour-bus accident that left her unable to walk for a while, let alone perform energetically on stage. She rebounded to do both. All this and more is captured in the touring musical, which has Christie Prades as Gloria and Mauricio Martinez as Emilio. 7:30 p.m. Performance continue through June 17. Presented by Pittsburgh CLO at 237 7thAve., Cultural District. (MV)