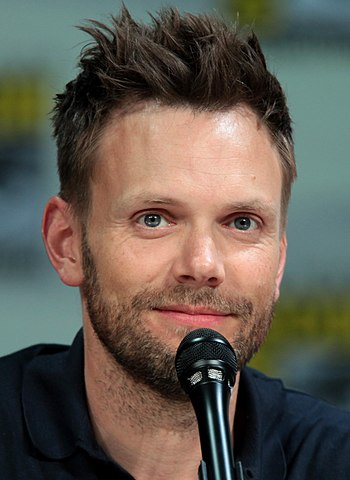 1) Wise-cracking actor/comedian Joel McHale, who starred in the popular NBC drama, “Community,” about a group of slightly dysfunctional community college students, brings his stand up act to the ‘burg. The sitcom continued on Yahoo! for an additional year after NBC cancelled the show in 2014. It is currently in syndication. A native of Seattle, had a regular gig for many years as a satirical pop culture commentator on E! cable network’s, “The Soup.” McHale starred opposite Seth McFarland in the movie Ted. Most recently he starred in the CBS comedy “The Great Indoors” which ended production last year. 7:30 and 9:45 p.m. Two shows tomorrow. All shows are sold out. Pittsburgh Improv, 166 E. Bridge St., The Waterfront, Homestead.

2) As if Rostam weren’t enough, The Warhol continues its Sound Series the very next day with a Thurston Moore acoustic show. An atmospheric film projection will backdrop the performance. Like Rostam’s concert, Moore’s is also sold out. Moore co-founded Sonic Youth in 1981 in New York City. Where to begin when summarizing the seminal noise-rock band? Influences on Nirvana for one. Models on how to navigate a career from the underground to alternative radio and Lollapalooza for another. 1987’s Sister, 1988’s Daydream Nation, 1990’s Goo, even 2006’s Rather Ripped are all great albums. He and Sonic Youth bassist Kim Gordon married in 1984, but they divorced in 2013, and Sonic Youth are inactive. Moore has five solo albums, most recently 2017’s Rock n Roll Consciousness, and he is a member of the band Chelsea Light Moving. His other projects include everything from film scores to collaborations with artists such as R.E.M. and Yoko Ono. 8 p.m. 117 Sandusky St., North Side. (CM)

3) Mr. Smalls presents a double bill of punk and metal with Anti-Flag and Stray from the Path. Many Pittsburghers, whether punk fans or not, know the former. The locally based, internationally known punk rockers formed in 1988 and released their debut album, Die for the Government, in 1996. Today, Anti-Flag still enjoy performing, protesting, and recording music. Their latest album, American Fall, was released in 2017. The quartet also released a live album, which they recorded over three nights at the noted Troubadour club in Los Angeles, in 2016. It’s called Live, Vol. 1, and it draws from their entire catalog up to that date. Stray from the Path hail from Long Island, New York. Their mission, according to their Facebook bio, is “to bring honest pissed off music to the world.” With 17 years of experience, international gigs, a spot on the Vans Warped Tour, and song titles like “Goodnight Alt-Right,” it appears that mission is accomplished. Their latest album is 2017’s Only Death Is Real. The White Noise and Sharptooth open. 7 p.m. 400 Lincoln Ave., Millvale. (RH, CM)