1) If things had gone differently for Josh Groban, he could have been a top actor rather than a multi-platinum recording artist. The “popera” star was accepted to drama school at Carnegie Mellon University but left in his first semester to focus on singing. That’s worked out quite nicely for him. He’s sold more than 25 million records to date. Groban’s blend of pop and classical styles has earned him six number one singles on the U.S. adult contemporary charts and three number one albums in the U.S.: 2003’s Closer; the 2007 Christmas album, Noël; and 2013’s All That Echoes. Groban comes to Pittsburgh as part of his North American tour promoting Bridges, his eighth album, which was released in September. A very special guest is film and Broadway actress/singer Idina Menzel. 8  p.m. PPG Paints Arena, 1001 Fifth Ave., Uptown. (HM/RH) 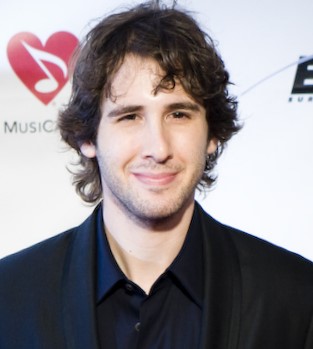 Josh Groban at the Grammy Auction in 2009. (Photo: Christopher Simon and Wikipedia.)

2) The pride of Swissvale, (and Pittsburgh) PA, Billy Gardell will perform his standup comedy act tonight and tomorrow night at the Benedum Center. Gardell, best known for portraying Officer Mike Biggs in the hit CBS sitcom “Mike & Molly,” has many other film and TV roles including: Bad Santa, Avenging Angelo, “Young Sheldon,” and “Dice.” In 2017 he played the role of Colonel Tom Parker in CMT’s “Sun Records” TV series. Gardell garnered a Daytime Emmy nomination as Best Gameshow Host for “Monopoly Millionaires Club” in 2016. His very first TV credit was in 2000 in “The King of Queens.” A seasoned standup comedian with several headliner comedy TV specials, he first broke into the business when a co-worker at his warehouse job bet him he wouldn’t do a set at a comedy club’s open mic night. After a run of successful shows he was opening for the likes of George Carlin and Dennis Miller. 7:30 p.m. 237 7th St., Cultural District.

3) Guster may be from Boston, but Pittsburgh holds a special place in its heart. When a Philadelphia show got snowed out in January 2016, the band decided to play in front of a dumpster on Sampsonia Way in Pittsburgh’s North Side during its day off. The group performed at the 2016 Dollar Bank Three Rivers Arts Festival a few months later. In between these appearances, Mayor Bill Peduto got into a Twitter “feud” with Guster, one which culminated in the mayor joining the members on stage for an impromptu song about, among other things, “snow storms” and “dumpsters.” If that isn’t enough to interest you in their show at Mr. Smalls, then know they have been active since 1991, scoring hits which you may know by ear if not by name. (“Satellite,” from 2006’s Ganging Up on the Sun, is one.) 2015’s Evermotion is their latest studio LP. A new album is in the works, but in the meantime, check out the new songs “Hard Times” and “Don’t Go.” Satellite Mode opens. 8 p.m. 400 Lincoln Ave., Millvale. (CM)

5) Tonight’s 58th Annual Light Up Night is the official kickoff to Pittsburgh’s holiday season—even if some national retailers started the holiday season the day after Halloween. Highlights include several tree-lighting ceremonies, ice skating at PPG Plaza, Fireworks Finale (10 p.m.), and an appearance by Santa. There’s also top-notch local entertainment featuring Jeff Jimerson and Airborne, Andre Costello, Lyndsey Smith, Chet Vincent, Carolyn Perteete and James Johnson III Featuring Dan Wilson, and  Joe Grushecky and the Houserockers. National artists A Great Big World will be performing as well. Merriment and goodwill will spontaneously occur all over the Golden Triangle. This is a holiday celebration not to miss. For a complete schedule, visit Downtown Pittsburgh for the Holidays. 6 – 10 p.m., Downtown.