1) There is an F-word that comedian Lewis Black loves to use, and it’s not “funny.” Although Black himself is. Some have even said he’s funnier than the S-word he also likes to use, and if you’re in the mood for a rant, Black is your man. This is the technophobic guy who brought his iPhone to an Apple store to ask for “an app that will turn this piece of [S-word] into a TELEPHONE.” On social and political topics, Black is belligerently liberal—don’t get him started on religion, or on Donald Trump, for he is a self-starter who needs no encouragement. And what makes his ranting effective, as comedy, is that he doesn’t only foam at the mouth and scream. He is a finely controlled ranter with a dead-on sense of comic timing. Black has also appeared in over 40 films and TV shows and written six books. He has a sizable amount of fans, and his official fan club is named Frustrated Union of Cynical Kindreds Universal. Black is ranting at the Palace Theatre on his The Joke’s On Us Tour. 7 p.m. 21 W.Otterman St., Greensburg. (MV, RH) 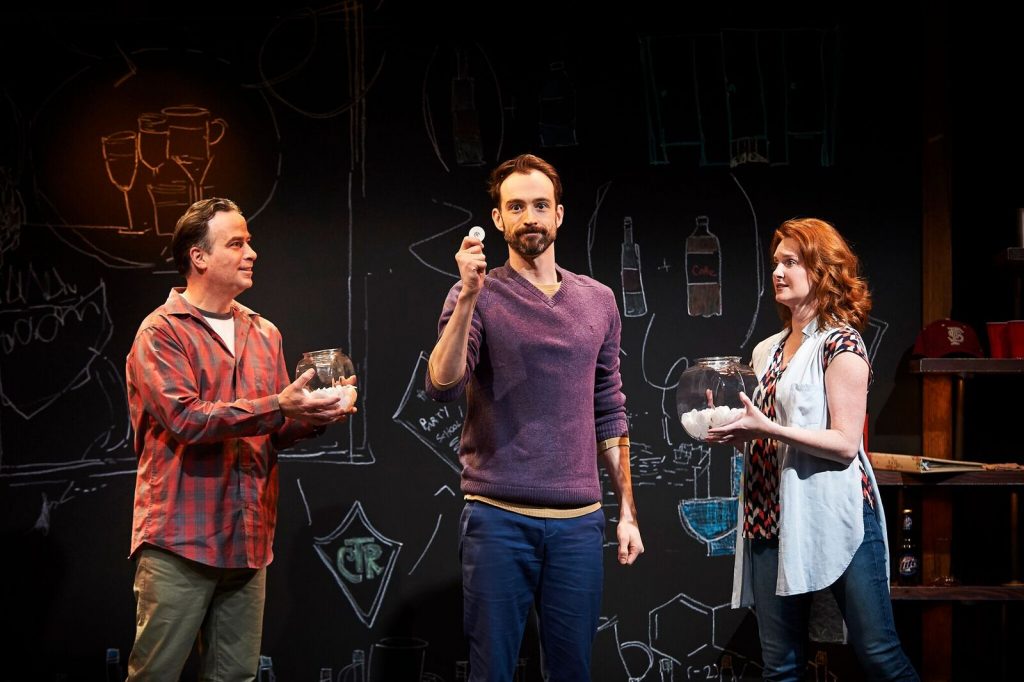 2) Calling all 12-steppers and anyone with an interest in addiction: There’s a new recovery play to be seen. Sean Daniels’ The White Chip is on tap at City Theatre. This one is a comedy but also serious, of course. Daniels, an American writer/director, has made The White Chip an autobiographical tale. It traces a wild career in which he held directing positions at theaters across the country, despite drinking himself ever farther out of control—until finally, everything blew apart and he began the road back. And the title? In AA, a white chip (or silver-colored chip) is a plastic coin that you’re given to mark your first 24 hours dry. Presumably Daniels has also collected some of the higher-denomination coins for years of staying clean, because he’s now artistic director of the Merrimack Repertory Theatre in Lowell, Massachusetts, where The White Chip premiered in 2016. The play is done with minimal staging and a cast of only three. City Theatre’s actors are Kyle Cameron, Daina Michelle Griffith, and Daniel Krell. In the Lester Hamburg Studio Theatre. 7 p.m. Performances continue through May 6. 1300 Bingham St., South Side. (MV)

3) Our battlin’ Buccos take the diamond again today against the Cincinnati Reds. It’s also Kids Day, with a Family Fun Zone outside the ball yard beforehand, and all fans 14 and under receiving a kids rally towel and a chance to run the bases after the game. First pitch is at 1:35 p.m. Next up for the Pirates is a three-game away series against the Chicago Cubs beginning tomorrow. PNC Park, 115 Federal St., North Shore.