1) Singer-songwriter Lights paired music with graphic novels on her latest album, Skin & Earth, and its accompanying comic book series of the same name. Both the album and the comic books, which she wrote and illustrated, follow her alter-ego En, or Enaia, in a post-apocalyptic world controlled by a super corporation called Tempest. Purity Ring’s Corin Roddick and Twenty One Pilots drummer Josh Dun contribute to the music. Lights, born Valerie Anne Poxleitner, is based in Mission, British Columbia, Canada. As the daughter of missionary parents, she lived in many different countries growing up including Jamaica and the Philippines. She’s been making music since high school, and her early tours took her to American and Canadian cities around the Great Lakes. Her energetic electropop sound helped her garner a large fan base and the 2009 Juno Award for New Artist of the Year. Chase Atlantic and DCF open. 8 p.m. Mr. Smalls Theatre, 400 Lincoln Ave., Millvale. (CM) 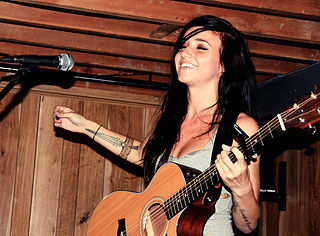 2) Detroit’s Insane Clown Posse brings their hip hop act to Pittsburgh. The Posse is made up of  “wicked clown” personas Violent J (real name Joseph Bruce) and Shaggy 2 Dope (Joseph Utsler).  The Posse’s songs are based on the mythology of the Dark Carnival, a metaphoric limbo where one of several entities judge the lives of the deceased. A series of stories called Joker’s Cards, each one offering specific insights designed to change the listeners’ behavior from evil to good before the end, carries out The Dark Carnival. ICP’s latest release is Fearless Fred Fury and includes the songs “Cusswords” and “Hair Up.”  Followers of the band are called juggalos. Note: Don’t go if you’re afraid of clowns. Also on the bill is Atlanta metalcore band Attila. Openers are Sylar, Cage, Lil Toenail, Lyte, Ouijia, and Chronic Zombiez. 6:30 p.m. Rex Theater, 1602 E. Carson St., South Side. (RH)

3) Not only does life imitate art, art imitates art. Flash back to the 1983 movie Flashdance, filmed in Pittsburgh: Young dancer nails her audition at a classical dance academy by incorporating b-boy moves that she’s seen in the street. Fiction back then, but now hip-hop has in fact infiltrated high-art dance, as seen in the work of Wang Ramirez. This Euro-based dance company is named for its principals, the female/male duo Honji Wang and Sébastien Ramirez. They’re bringing their troupe to town to perform Borderline, a feature-length show that combines breaker styling with another element: The dancers go airborne, lifted and suspended by cables from rigs up in the grid. Is this a Cirque du Soleil influence? Actually, Wang and Ramirez say they were inspired by ancient Greek drama, where such devices were used to fly gods into the action. What goes around comes around. And in Borderline, with music and sound from the French artist lacrymoboy, the results are pretty spectacular. The Wang Ramirez show is presented by Pittsburgh Dance Council. 8 p.m. Byham Theater, 101 6th St., Cultural District. (MV)

4) Kyle Cook isn’t a household name, but his band, Matchbox Twenty, is. That’s his guitar on “3AM,” “If You’re Gone,” and numerous other songs. Cook and singer Sheila Marshall, performing as Rivers and Rust, released a self-titled EP in 2016. He comes to The Funhouse at Mr. Smalls for a solo show. Opening are special guests Matchbox 412, a Matchbox Twenty covers band who proudly give props to the ’Burgh’s area code. Doors open 8 p.m. 400 Lincoln Ave., Millvale. (CM)