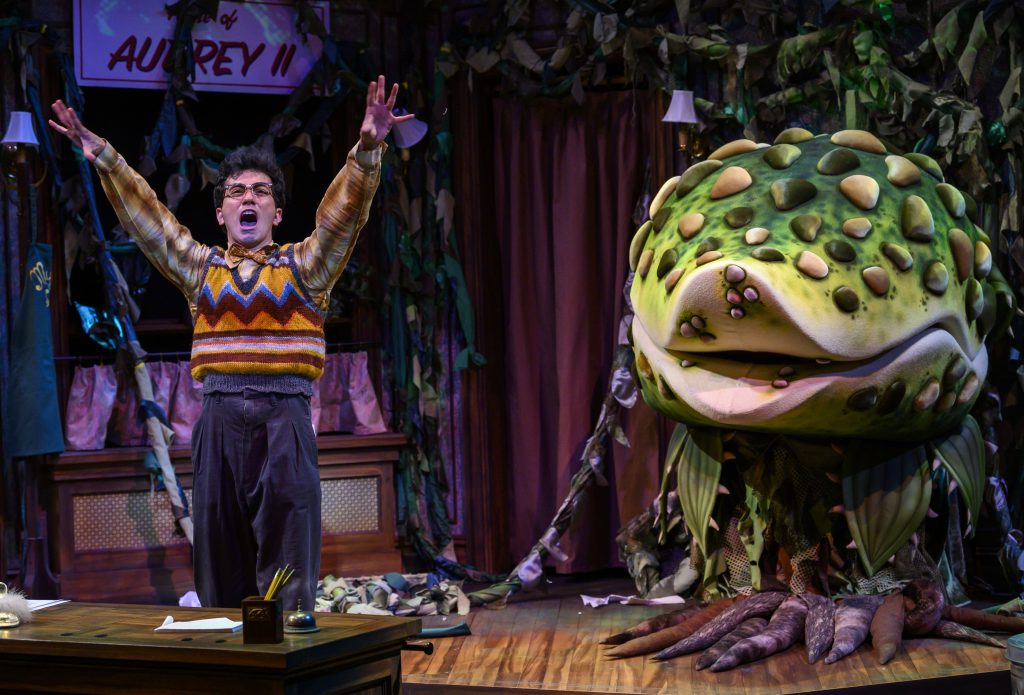 1) There’s only one musical that (a) has been interpreted as an indictment of capitalist consumerism, and (b) features a singing potted plant. Pittsburgh Public Theater returns to action in 2020 with Little Shop of Horrors. The show is bizarre and yet strangely endearing— think “Jack and the Beanstalk” meets Sweeney Todd. Our hero Seymour, a lowly worker in a florist’s shop, discovers a cute plant he names Audrey II, after the woman he’s got a crush on. Audrey II thrives and grows, making Seymour famous. However the plant subsists on human flesh and blood, and when it sings “Feed Me,” Seymour must keep the meals coming. Writer Howard Ashman based Little Shop of Horrors on a comical horror film directed by B-movie icon Roger Corman; composer Alan Menken provided the score. The 1982 musical then was made into a movie of its own, with Steve Martin playing an obnoxious guy who—whoops, no spoilers. On stage, Audrey II is an ever-growing series of puppets, eventually big enough to hide an actor inside. The Public performs the show inside the O’Reilly Theater. 7 p.m. Continues through February 23. 621 Penn Ave., Cultural District. (MV)

2) Ceili is an Irish word for gathering and that’s just what will be happening at Mullaney’s Harp & Fiddle tonight with the Pittsburgh Ceili Club. Dancing starts at 7:15 p.m. with lessons for beginners, then live music and dancing go from 8-10 p.m.  Enjoy some Guinness or Harp to slake your thirst. 2329 Penn Ave., Strip District.