1) Lucinda Williams brings her well-seasoned voice to the comfortable confines of the Byham Theater. She and her band, Buick 6, will perform 1998’s Car Wheels on a Gravel Road in its entirety plus an encore of additional material. How much of a masterpiece is that album? “Joy,” which might have been the leadoff song on a lesser artist’s lesser album, is instead the penultimate track. When every song is great, it hardly matters the order. Other standouts include “Drunken Angel,” a cover of Randy Weeks’s “Can’t Let Go,” and the title track. All of her songs hit the sweet spot between blues, country, folk, and rock. Mary Chapin Carpenter covered her song “Passionate Kisses.” That version won the 1994 Grammy Award for Best Female Country Vocal Performance. Williams’s voice has a slightly rough yet very melodic tone. She re-recorded and re-released 1992’s Sweet Old World in 2017. 8 p.m. 101 6th St., Cultural District. (EC, CM) 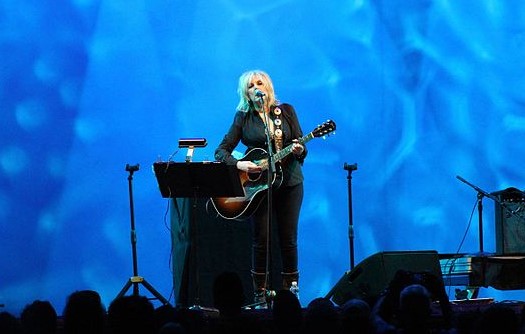 2) “Stranger Things” fans know Gaten Matarazzo as Dustin Henderson. Even the casual TV-watcher or YouTuber will recognize Matarazzo from Verizon commercials. But he also sings in a band. Work in Progress will headline the Club at Stage AE. The septet is composed of students and alumni of Pinelands Regional High School in New Jersey. The band recently released “Dream Eater” and is working on an EP. Doors open 6 p.m. 400 North Shore Dr., North Shore. (CM)

3) Ian Ferguson, hailed as the southern duke of psych-rock, will be performing tonight at Club Cafe. The former Kingston Springs frontman is touring in support of his debut solo album, State of Gold. Billboard called the album, “A collection of harmony-laden, psychedelic-flavored melodic rock that references The Beatles and Brian Wilson.” Ferguson is opening for Susto, an indie rock band from Charleston, South Carolina. 8 p.m. 56-58 S. 12th st., South Side.