1) Lukas Nelson met drummer Anthony LoGerfo at a Neil Young concert in 2008 and they started playing gigs together around Los Angeles, California. Soon thereafter, Nelson left his studies at Loyola Marymount University to pursue his music dreams full-time. He added several other musicians to form Promise of the Real. The versatile band has a sound that can range from rock, to country, to Americana. In 2009 they opened for Lukas’ dad, the legendary country singer/songwriter Willie Nelson, for a nine show tour. Since then Nelson and the band have released five studio albums with 2017’s self-titled album reaching no. 2 on Billboard’s country chart. Lukas Nelson & Promise of the Real are also Neil Young’s backing band (since 2015) and have even recorded two albums with him. Lukas Nelson & Promise of The Real will also be in the upcoming remake of the film A Star is Born with Lady Gaga and Bradley Cooper. They appear as Bradley Cooper’s band. Nelson co-produced the music and even wrote some songs for the movie with Gaga. Nelson and his band play the Dollar Bank Three Rivers Arts Festival. 7:30 p.m. Point State Park, Downtown. (RH) 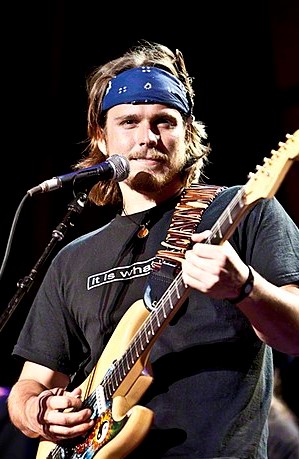 2) Everclear’s singles, such as “Santa Monica,” “Father of Mine,” and “Wonderful,” were arguably some of the best rock songs from the latter half of the ’90s and early ’00s. Frontman Art Alexakis may be the only original member, but who cares? The band stops at Jergel’s Rhythm Grille as part of its annual Summerland Tour. Joining them are Marcy Playground, whose single “Sex and Candy,” was the number one song on Billboard’s Modern Rock Tracks at the start of 1998. Local H, who had a hit with “Bound for the Floor,” open. 7 p.m. 285 Northgate Dr., Warrendale. (CM)

3) Our battlin’ Bucs take on the Los Angeles Dodgers today in a 7:05 p.m. game. The Pirates take on the Dodgers again tomorrow then play the Cubs in Chicago. PNC Park, 115 Federal St.,  North Shore.