1) Mark Toland is one of the nation’s premier mentalists. In his latest mental masterpiece Mind Reader, he performs amazing magic using his mind, the mind of audience members, and a few simple props. In his set, which lasts over 75 minutes he dazzles the audience with “psychological illusions and mysteries of the mind.” Toland is the current magician in residence at Liberty Magic. He will be performing through August 4.

Liberty Magic is recommended for ages 18 and up; no one under 12 will be admitted. Cocktail or party attire is suggested. The venue also offers a special space for private groups. Additionally there is a BYOB option for a corkage fee. Liberty Magic is at 811 Liberty Avenue in the Cultural District. 7:30 p.m. For tickets and more information visit the Trust Arts Liberty Magic website or call (412) 456-6666.

2) When it comes to musical parody, Weird Al reigns as the contemporary master, but he’s got a peer in the world of show tunes. Writer/composer Gerard Alessandrini has authored the hit 1982 revue Forbidden Broadway and its many sequels, such as Forbidden Broadway: Rude Awakening and Forbidden Broadway Goes to Rehab. Not until recently, however, did Alessandrini focus his creative energies on spoofing a single entire Broadway musical. When he did, the result was Spamilton: An American Parody. Pittsburgh CLO now blossoms forth with a long-running (through August 25) cabaret production of Spamilton. The show won the 2017 Off-Broadway Alliance Award for “Best Unique Theatrical Experience.” Lin-Manuel Miranda reportedly loved it. Spamilton takes particular aim at Hamilton’s immense popularity, with songs including “Ticket Beggar Woman,” “Book of No More Mormons,” and “The Film When It Happens.” In a nod to Avenue Q, perhaps, Spamilton also features puppets. 7:30 p.m. Performances continue through August 25. At the Greer Cabaret Theater, 655 Penn Ave., Cultural District. (MV) 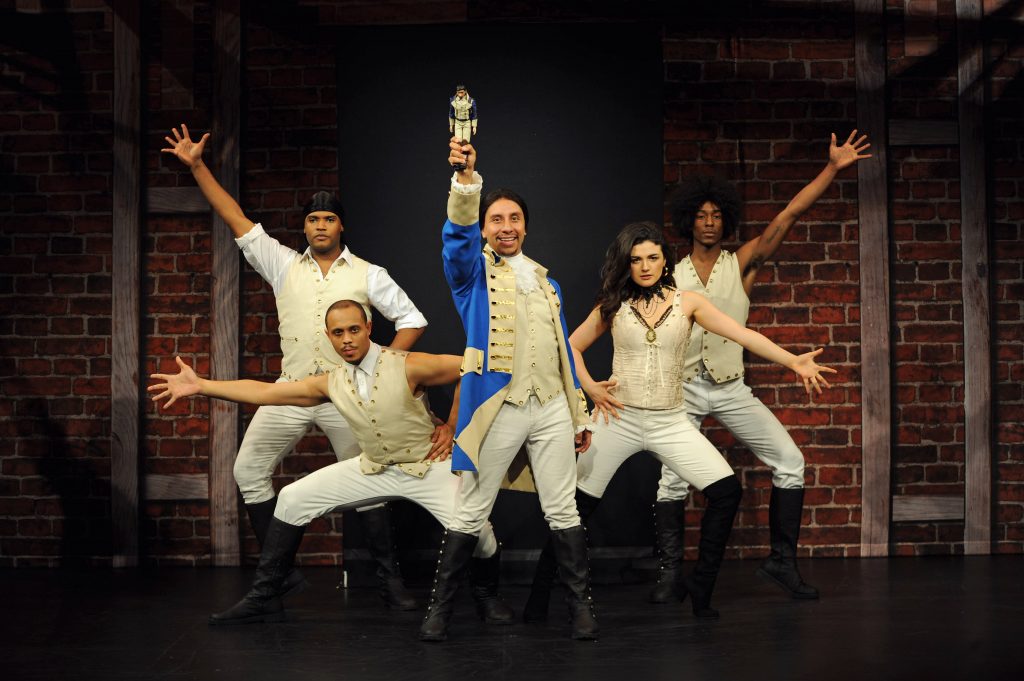