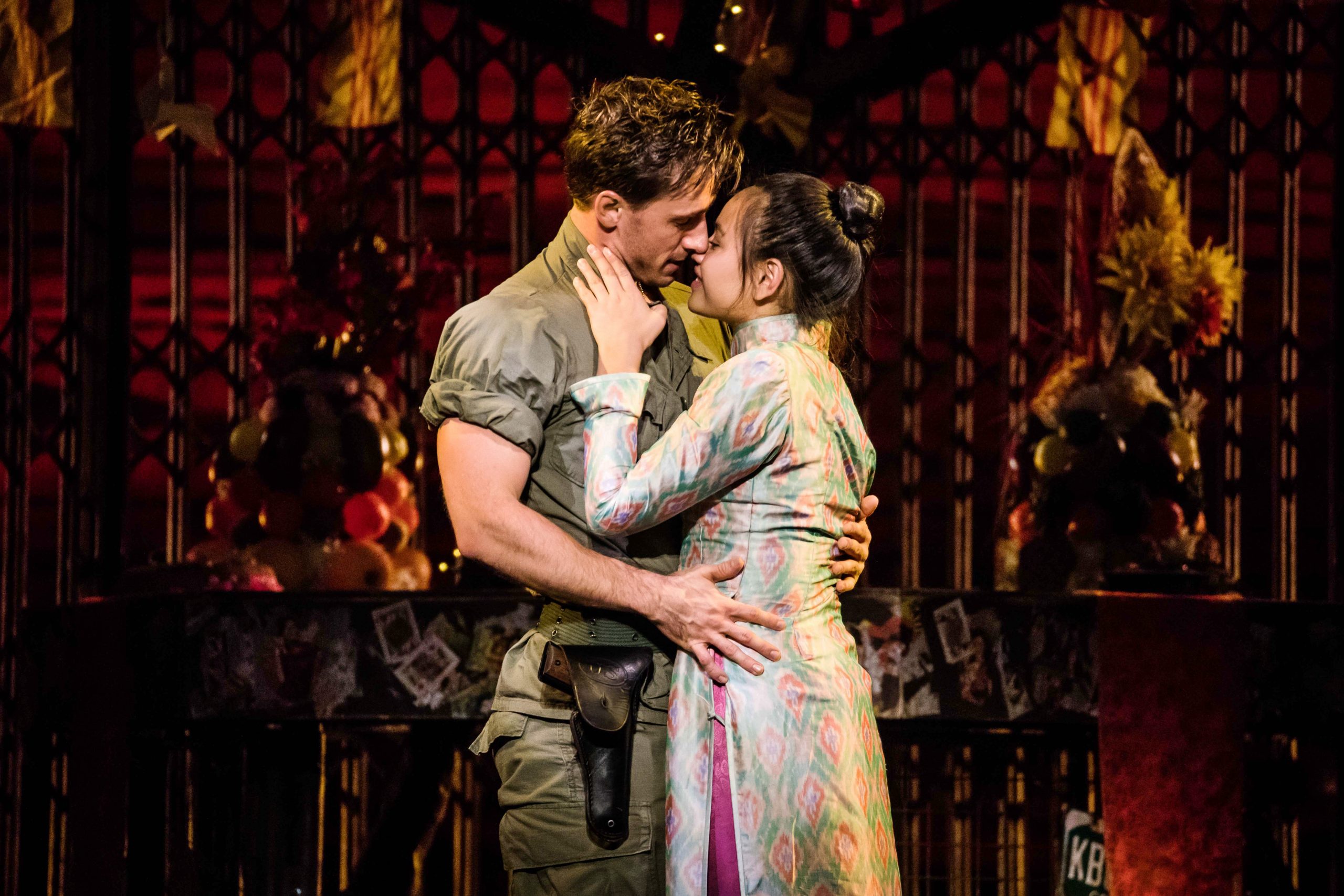 In ‘Miss Saigon,’ love blooms but does not necessarily conquer all. (photo: Matthew Murphy)

1) Miss Saigon has been admired for its artistry since its 1989 premiere in London’s West End, and also has spurred much controversy. The new touring production gives Pittsburghers a chance to see the musical afresh; it’s booked into the Benedum for six days. Composer Claude-Michel Schönberg and lyricist Alain Boublil wrote Miss Saigon after scoring a previous global hit with Les Miserables. The French duo took their subject matter this time not from a great novel, but from turbulent events in a onetime French colony, Vietnam. After winning independence, Vietnam was plunged into its long internal war marked by U.S. involvement. Miss Saigon—a fictional story set amid real history—begins as the last American troops are about to be forced from that city in 1975. A U.S. sergeant and a young Vietnamese woman have an 11th-hour love affair. They vow to stay together, but the soldier is abruptly yanked out of Saigon and sent home, setting off a drama that doesn’t look likely to end well for the young woman.

With an emotionally charged story and powerful music, Miss Saigon did well in London, then moved to Broadway. Early controversies arose over the use of white actors to play Asian characters, a practice now ended. What have continued are protests and backlash against the show’s content and tone. Critics have charged that Miss Saigon trades on stereotypes of Asians, creating a musical that reinforces old-line Euro-dominant views. We shall see what comes up about these concerns when the show goes on at Benedum Center. 8 p.m. Continues through February 9. 237 7th Ave., Cultural District.  (MV)

2) Izakaya restaurants flourish in Japan where the business class meets for drinks and sushi and other small dishes. Liken these portions to that of a tapas bar, and consider that Izakayas are popular because they represent the best of informal dining.  In Japan. On Seventh Street, downtown, you can expect the very same, yet with a diverse twist. Here the menu offers Korean and other Asian accents from Brussel sprouts with kim-chee to sesame chicken or pad thai. The atmosphere is far more festive than what one might find in Tokyo, and the preparation of your order accommodates the typical American’s shorter patience. In addition to a superb lunch and dinner fare, Social House 7 also offers something unique in Pittsburgh. On one or more Saturdays of each month, from 2 to 4, you can join in a sushi rolling class and learn more than just the basics (reservations needed for class and January and February’s are sold out). 123 7th Ave., Downtown. (P.Orr)