Starting the year with a bang, the touring production of Oklahoma! visits Pittsburgh. This new take on the Rodgers and Hammerstein classic mirrors the version that wowed Broadway in 2019, winning the Tony Award for Best Revival of a Musical. It’s a more hard-edged, ominous, and suggestive Oklahoma! than you might expect, especially if your only exposure to the musical has been through the 1955 movie. The new production, conceived by director Daniel Fish, has stirred controversy. Although the script and lyrics come straight from the original, many aspects are interpreted and played differently.  The setting is still rural Oklahoma in the early 1900s and the story still revolves around a cowboy and a farmhand vying for the hand of the same young woman. But cowboy Curly is no longer such an all-American good guy; he’s got a streak of exploitative aggression, while farmhand Jud is less of a creepy villain and more a misunderstood loner. Overall, the new version also plants references to the violent origins of the present-day state.

Some who don’t like this Oklahoma! have scornfully called it “Woke-lahoma.” Others simply feel that an upbeat musical has been tainted, in contrast to the many who love the revival. And some have pointed out that the darker, earthier aspects were in the musical all along, only to be brought out more explicitly now. You can run a quick check for yourself by watching the video excerpt above, from the duet “People Will Say We’re in Love,” and comparing it to the movie’s rendition of the same song. Or better yet: See the entire musical live at Benedum Center. Oklahoma! is presented as part of the PNC Broadway In Pittsburgh series, through January 9. 7:30 p.m. 237 7th St., Cultural District. (M.V.) 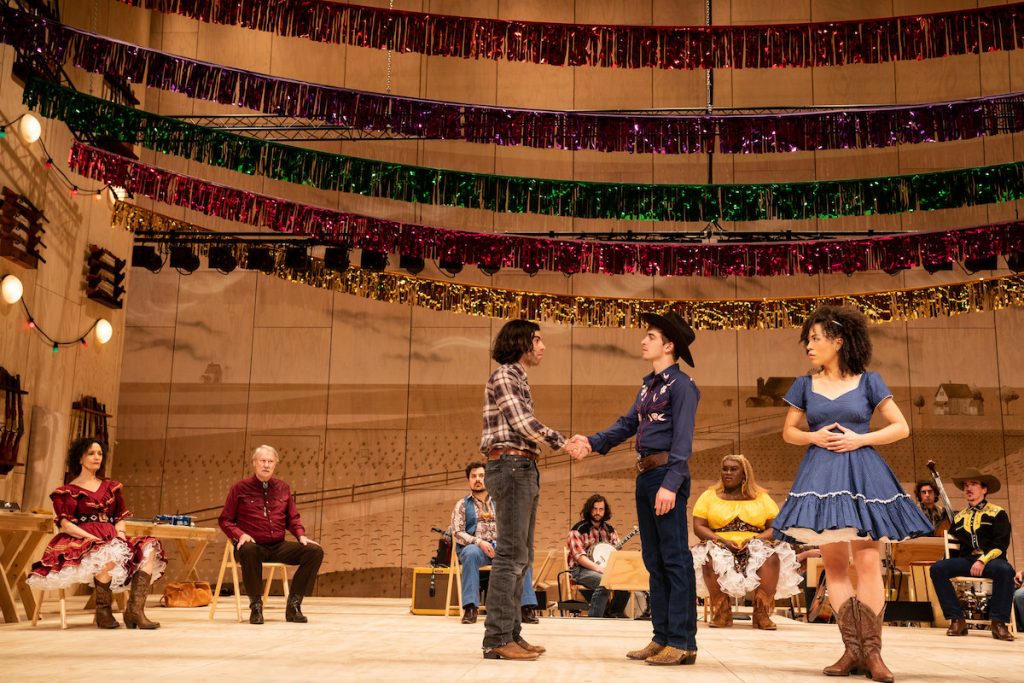