1) Ladies and gentlemen step right up. Here is the marquee event many of you may not see again for a very long time. Is it Halley’s Comet? No it’s the second to last game in the Keystone Classic: Pitt vs. Penn State. You see folks, the powers that be at Penn State would rather play Temple (Temple is a great University) as opposed to renewing one of college football’s storied rivalries. It is a rivalry that many Penn State fans want to see continue as well.

In this corner we have a panther and in the other corner we have a lion. They will fight one another for 60 minutes. The victor will have bragging rights for a full year. The rivalry had not been played since 2000 until it was revived for a four game series starting in 2016. We at Entertainment Central are demanding that each candidate for Pennsylvania governor adopt the continuation of the Pitt vs. Penn State game as a central plank in their respective platforms. Let’s hope that the Panthers send the lions of Mt. Nittany packing with their tails between their legs! The Keystone Classic kicks off at 8 p.m. and will be televised nationally. Penn State is favored to win the game, however in this feline cage match anything can happen. Heinz Field, 100 Art Rooney Ave., North Shore. 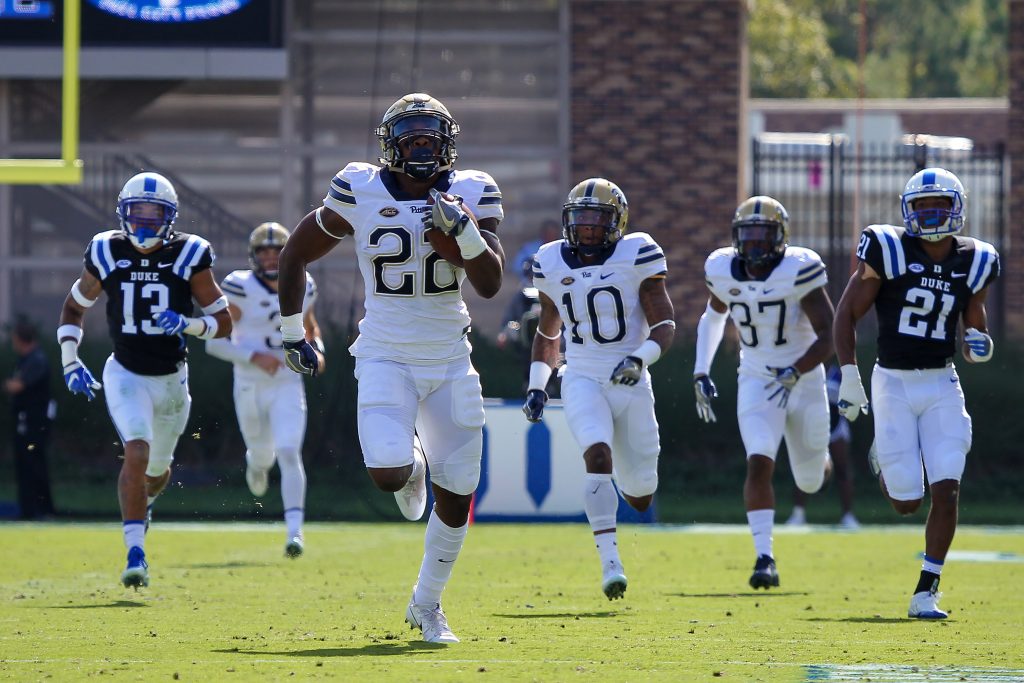 Pitt Panthers running back Darrin Hall runs to daylight in last year’s game against the Duke Blue Devils. Hopefully Davis and the other backs will find a lot of daylight to run towards in the Penn State Game. Photo: Jeffrey Gamza/Pitt Athletics.

2) Country music trio Lady Antebellum makes a stop at KeyBank Pavilion on the group’s Summer Plays On Tour. Composed of vocalist Hillary Scott, guitarist/vocalist Charles Kelley, and instrumentalist Dave Haywood, the trio have proven their staying power as country music stars, having won two Grammy Awards and numerous country music awards of various sorts. They are probably best known for their 2009 single “Need You Now,” a poignant duet that braids the vocal talents of Scott and Kelley into a single melancholy harmony. The band formed in Nashville in 2006 and rose extraordinarily quickly, now standing among some of country music’s top contemporary talent. Since then Lady Antebellum has continued to grow its fan base with appearances in arenas and major amphitheaters across the United States. The group’s latest release was last year’s Heart Break, which was nominated for a Grammy in the Best Country Album category. Darius Rucker, former front man of Hootie and the Blowfish and a successful country music solo artist opens. 7 p.m. 665 Rt. 18, Burgettstown.

3) Pittsburgh rock royalty Norm Nardini has said many times he’s a “rock ‘n roll lifer.” His passion and energy drive him in his continuing mission to rock for the people. Nardini has played with top rockers Jon Bon Jovi, Ted Nugent, Big Mama Thornton, Aerosmith, Kansas, and others. He’s also fronted his own band, Norm Nardini and the Tigers. Nardini once told someone in New York City that he was from Pittsburgh, and the man replied, “Pittsburgh? Where’s that, Pennysltucky?” Norm’s from a rockin’ family, too; brother Art is a bassist for Joe Grushecky & the Houserockers. Catch Norm Nardini in concert with his talented band tonight at the Syria Shrine Center to celebrate Norman Nardini’s 50 Years Rockin Pittsburgh. Also performing for the momentous occasion are the SPUDS, Bill Toms and the Soulville Horns, and others. Party starts early at 4 p.m. 1877 Shriner’s Way. Cheswick. (RH) 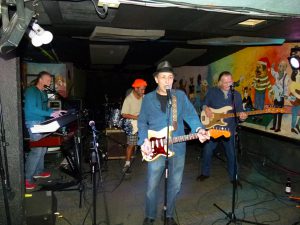 4) No, that’s not a typo. The FEASTival, which began in 2013, is a free day of music and art in McKees Rocks. Railroad Earth, from Stillwater, New Jersey, headlines. The band has been playing together since 2001, blending elements of different styles, including bluegrass, rock ‘n’ roll, and jazz, on songs such as “Mighty River.” Its latest album is last year’s Captain Nowhere. Also on the bill: Billy Strings, Rumpke Mountain Boys, Wreck Loose, and Well Strung. Check the event’s website for the musical line-up. McKees Rocks Municipal Lot, Rt. 51 and Furnace St., McKees Rocks. (EC, CM)