1) Canadian singer-songwriter Shawn Mendes opened for Taylor Swift at Heinz Field in 2015. Now he headlines PPG Paints Arena just two days shy of his 21st birthday. His career began in 2013 by posting Vines of himself covering popular songs. The videos are only six seconds, still enough time to showcase a remarkable voice. His more recent videos include “Señorita” with Camila Cabello. Mendes’s debut album was 2015’s Handwritten. His self-titled third album was released in 2018. He is the third youngest artist ever to have three albums land at no. 1 on the Billboard 200. Other ventures include modeling, and he walked the Emporio Armani Spring 2018 runway in Milan. He’s appeared on “Saturday Night Live” twice, most recently this year with host Adam Sandler. Fellow Canadian Alessia Cara, who collaborated with Logic and Khalid on “1-800-273-8255,” opens. Her sophomore album is 2018’s The Pains of Growing. Mendes has also been commended for being so open about his struggles with anxiety disorder. 7:30 p.m. 1001 Fifth Ave., Uptown. (CM) 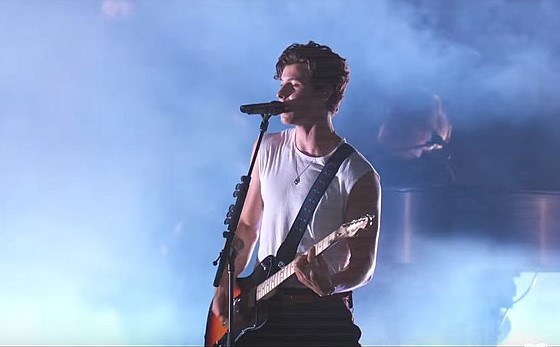 Shawn Mendes performs “In My Blood” at the 2018 MTV Video Music Awards. (photo: MTV and Wikipedia)

2) They aren’t exactly contemporaries. The Violent Femmes formed in 1980. Ben Folds has been active since the early ’90s. But the fans are sure to enjoy the double billing at Stage AE.  The Violent Femmes have split and regrouped two times, and drummer DeLorenzo quit in 2013. John Sparrow, who played in the group’s backing band, the Horns of Dilemma, has since picked up the sticks. New songs, like “Memory,” stand alongside college radio classics like “Blister in the Sun.” Their latest album is this year’s Hotel Last Resort. Singer-songwriter Ben Folds has long bridged pop and orchestral, dating back to the Ben Folds Five and hits such as “Brick.” Folds released his debut solo album, Rockin’ the Suburbs, in 2001. Folds collaborated with yMusic, a New-York-City-based sextet ensemble, on So There, an album of original chamber pop songs, in 2015. Savannah Conley opens. Doors open 6:30 p.m. 400 North Shore Dr., North Shore. (CM)

3) Every four years, the Republican presidential nominee has a problem—most of the best rock is performed by Democratic-leaning performers and groups. Problem solved—the “Motor City Madman” Ted Nugent, an ardent gun rights advocate, hunter, and Republican, known for his conservative stances and bombastic statements, plays at many of the party’s events. President Trump has appreciated Nugent’s support and has even had him over to the White House. Nugent’s best known songs include “Stranglehold,” “Great White Buffalo,” and “Cat Scratch Fever.” Michael Austin opens. 8 p.m. Carnegie of Homestead Music Hall, 510 E. 10thAve., Munhall.