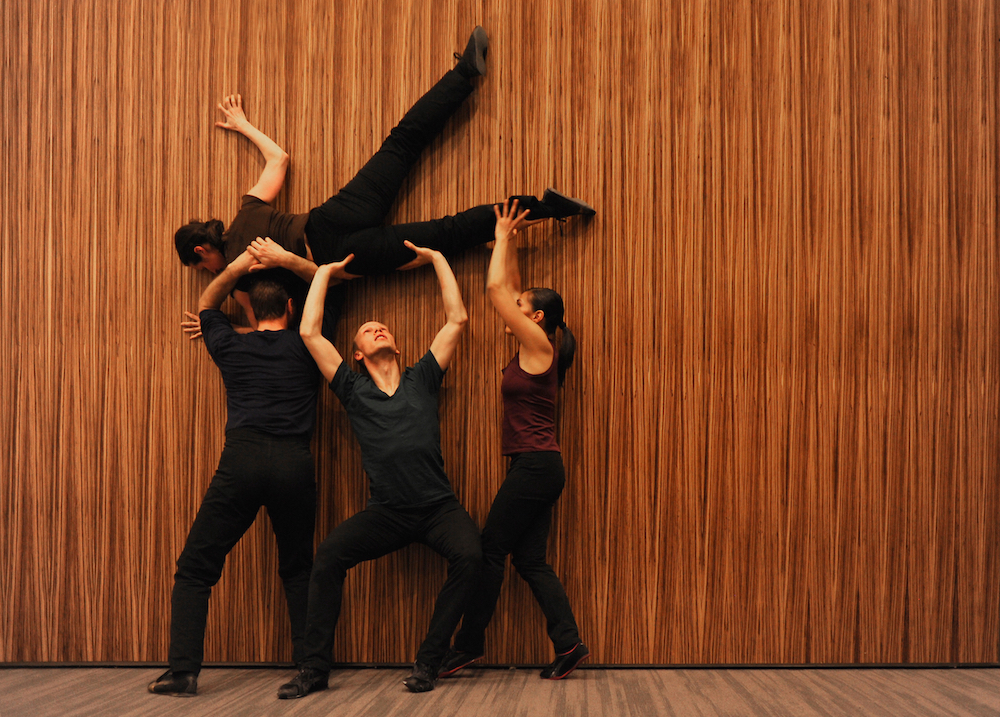 Comedy troupes do improv based on audience input; dance companies, not so much. But Pittsburgh’s Attack Theatre does, in its long-popular show ‘Some Assembly Required.’ (Photo © Martha Rial)

1) Attack Theatre, the company that never dances defensively, is taking a show on the road that challenges local audiences to co-create. CalledSome Assembly Required, it’s being performed at two venues where visual art is on display. Attack’s dancers start each performance by dancing briefly to live music; then they join the audience to view and talk about certain artworks. This leads to a second, improvisational dance inspired by people’s reactions, so that each performance is unique. Dates and venues for Some Assembly Required are: September 22 at 2 p.m. and 6 p.m. at the Associated Artists of Pittsburgh 106thAnnual Exhibition, 2708 Sidney St., South Side. And September 23, 2 p.m. and 6 p.m., at Braddock Carnegie Library, 419 Library St., Braddock. Why in a library? Because at this one, the arts collective Transformazium has put together an “art lending collection,” consisting of artworks which visitors can check out and take home. Attack Theatre intends to check it out on site. (MV) 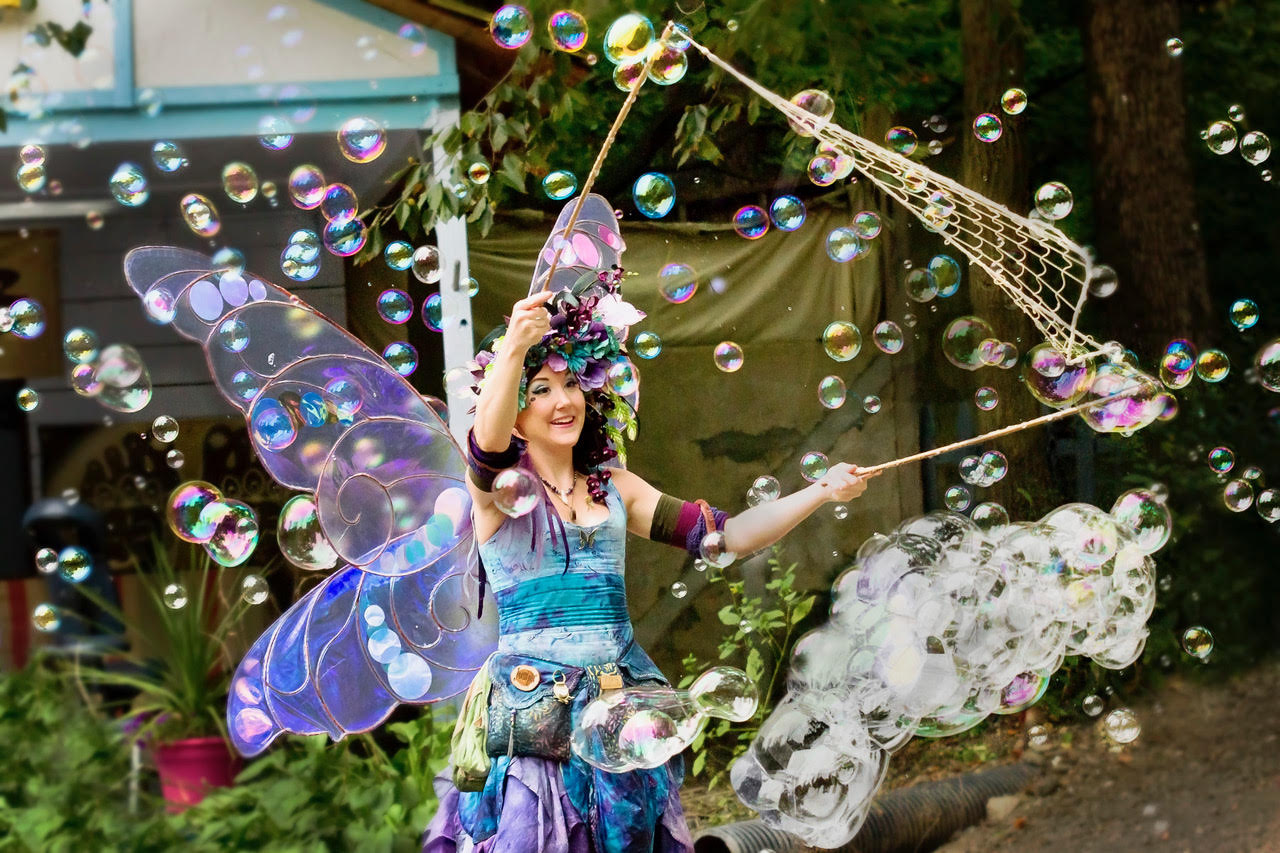 At the dawn of the Renaissance era, soap-making was being industrialized. But people went right on playing with the bubbles as they still do at Pittsburgh RenFest.

2) If you’re tired of looking at screens, try visiting a fantasy world that exists IRL—In Rural Lands east of the city. The Pittsburgh Renaissance Festival is analog, mostly acoustic, and pre-Internet by centuries. There are jousting knights on horseback and hand-powered amusement rides made of wood. And, whereas some living-in-the-past events are targeted to hardcore re-enactors, Pittsburgh RenFest welcomes anyone who wants to dive into yesteryear for a day. On Saturdays and Sundays from late August to late September, a tract of land in the gently rolling hills is turned into a town of the late medieval-Renaissance era. Entertainers of many kinds abound: minstrels and jesters (i.e., musicians and comedians), acrobats, magicians, handcraft artisans, strolling you-name-its, and the aforementioned knights in armor. The food is mostly hearty fare. Items on sale in booths, such as jewelry, clothing, and period gear, are mostly not too expensive. Last day of the season. 10:30 a.m. – 6:30 p.m. 112 Renaissance Lane, West Newton. (MV).

3) SORDID LIVES by Del Shores. This is the play that rocked ‘em in L.A., spawning a cult-favorite indie film and a cable TV series. It’s a dark psycho-comedy about a funeral in a small Texas town, where Grandma has died after tripping over her lover’s wooden leg in a seedy motel. The mourners include her unfortunate son Brother Boy, traumatized by the sexual advances of his psychiatrist, and a gay grandson who has come home to come out. There’s no better place than McKeesport to see it. 2 p.m. Ends today. McKeesport Little Theater. 1614 Coursin St., McKeesport. (MV)