Each year brings something slightly different, although who could forget the 1993 parade? It continued despite a blizzard, the worst that the city had seen in over 100 years. (Hopefully no snow this year.) 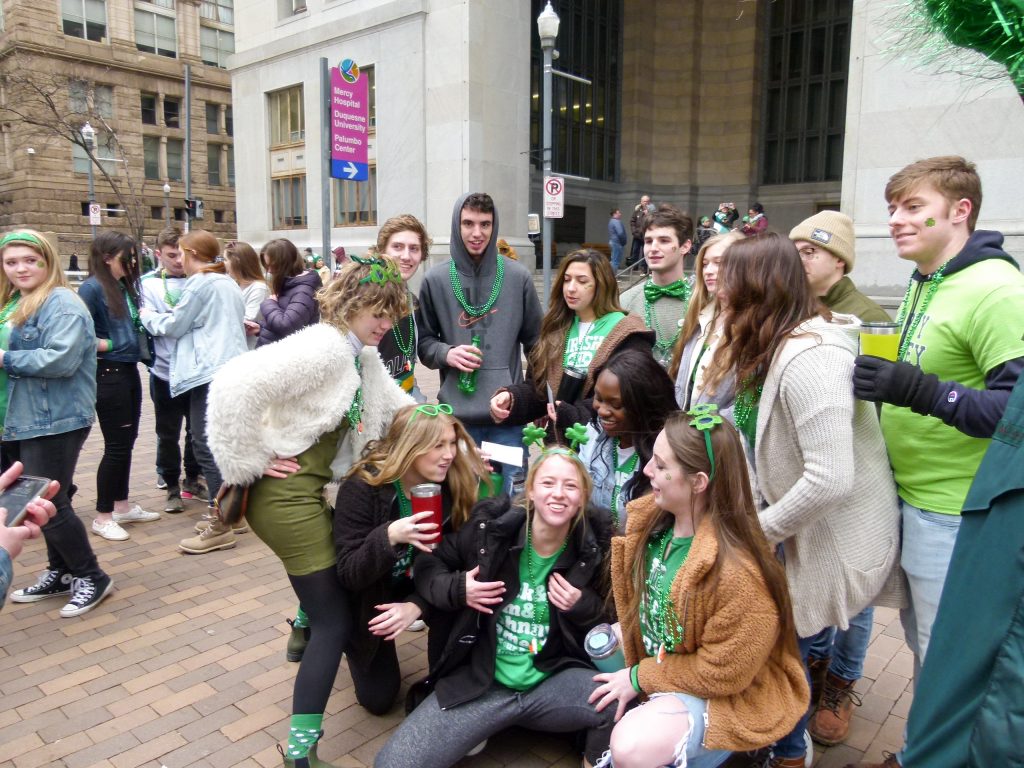 A group of friends having fun at the 2019 St. Patrick’s Day Parade (photo: Rick Handler)

2) One of the most popular spots to celebrate St. Patrick’s Day and parade day is Mullaney’s Harp & Fiddle. With a tent connected to the pub, the celebration space is doubled. Irish bands and performers hold court all day and night in both spaces beginning at noon and going until about midnight. Mullaney’s will be featuring the top bands on the Pittsburgh Irish music scene including: Mark Guiser, Donnie Irish Band, Whiskey Limerick, Skipper O’ Johnson Band, Maddie Arnold & Friends, and Guaranteed Irish. The pub will open at 8 a.m. for breakfast and will be serving food all day long. 2329 Penn Ave., Strip District. (R.H.)

4) Tyler, the Creator will perform at the Petersen Events Center. He is a member, if not the leader of, the hip hop collective Odd Future. He designs the group’s artwork and has created much of their merchandise. His solo albums, such as 2019’s Igor, oft receive critical acclaim even if his lyrics are sometimes criticized. He performed “911” on “The Late Show with Stephen Colbert.” Most recently he was a headlining act for last year’s Lollapalooza. Tyler, the Creator’s 2021 album, Call Me if You Get Lost, debuted at no. 1 on the Billboard 200. Also on the bill are Kali Uchis, Vince Staples, and Teezo Touchdown. 7 p.m. 3719 Terrace St., Oakland. (C.M., R.H.)