1) Television returns to Pittsburgh for a concert at Mr. Smalls Theatre. The band began in the early 1970s as the Neon Boys, before adopting the name Television in 1973. The group’s first album, 1977’s Marquee Moon, was critically acclaimed and is seen as one of the most influential early punk and alternative releases. But success was short-lived, with the band splitting up in 1978 after releasing one more studio album, Adventure. Guitarist and vocalist Tom Verlaine went on to have a successful solo career, releasing 10 studio albums. Television reunited in 1992, releasing a self-titled album to mark its return to recording after a 14-year hiatus. The members haven’t released an LP since, but continue to tour. The current line-up features Verlaine on vocals/guitar/keys, Jimmy Rip on guitar, Billy Ficca on drums, and Fred Smith on bass (not the late MC5 guitarist Fred “Sonic” Smith, who was married to Patti Smith). Rachel Lynne opens. 8 p.m. 400 Lincoln Ave., Millvale.  (HM, CM) 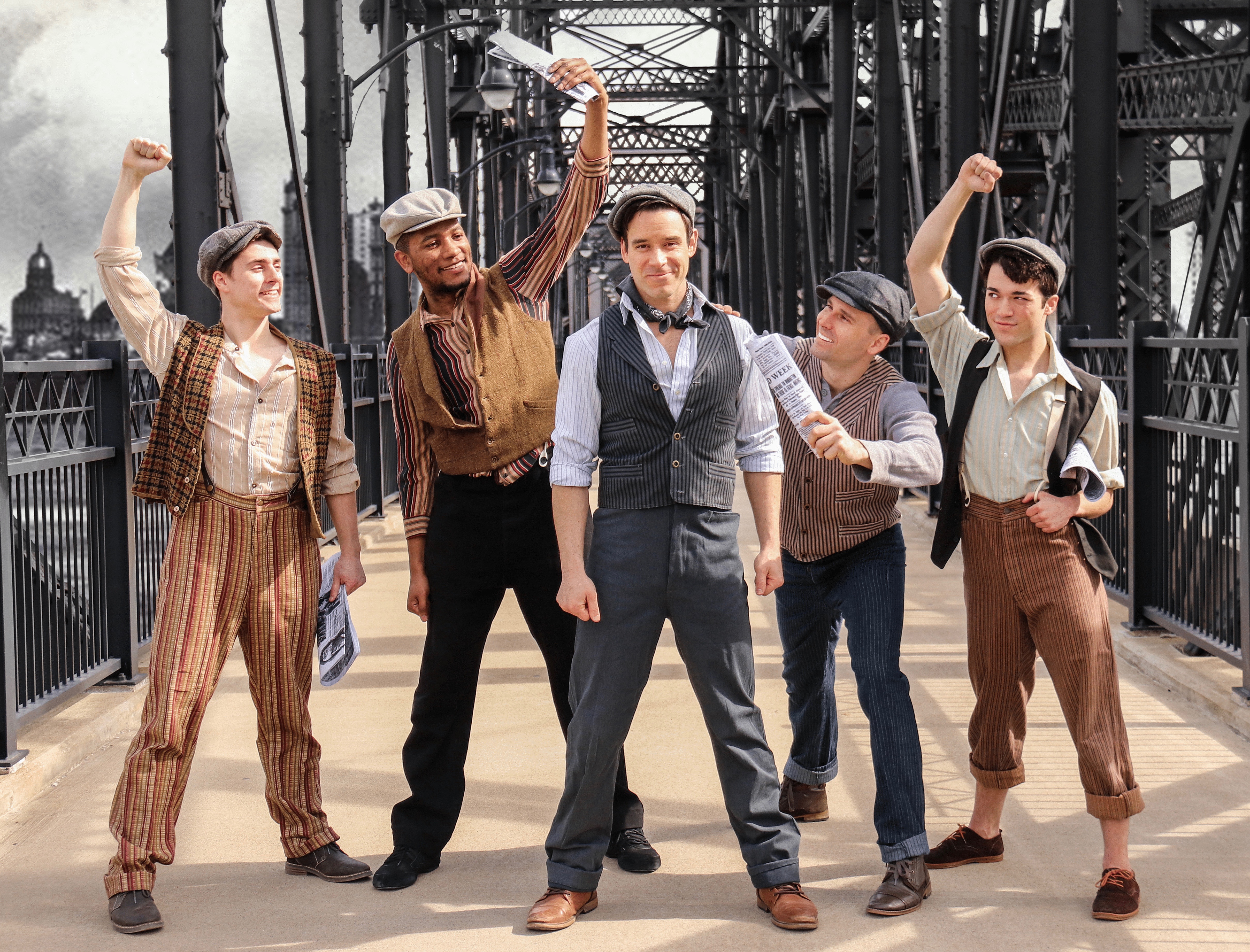 Hot off the press: Boys strike for fair terms and wages in ‘Newsies the Musical’! (photo courtesy of Pittsburgh Musical Theater)

2) Is there a better place than Pittsburgh to see a musical about labor history? Newsies The Musical (aka Disney’s Newsies) is drawn from the 1992 movie, which in turn was based on the New York newsboys’ strike of 1899. Afternoon dailies back then were sold mainly by young folks—including girls—who paid up front for a bundle of papers, then had to peddle them on the streets till they cleared a profit. When a couple of big publishers made this tough job tougher by raising the cost to the newsies, the newsies struck for better terms. And won. The Newsies musical, with a book by Harvey Fierstein, has fictional elements but is said to stay closer to how things actually went down than the film did. Characters include Joseph Pulitzer, Theodore Roosevelt, and of course the big heroes, the teenaged strike leaders. Pittsburgh Musical Theater is well equipped to perform the show, having a pipeline of young talent from its associated school. 7:30 p.m. Performances continue through May 12. PMT presents Newsies The Musical at the Byham Theater, 101 6th St., Cultural District. (MV)