1) Tesla formed in Sacramento, California, in the 1980s and was originally called City Kidd. However, their manager didn’t like the name, plus there was another band with that name, so they found inspiration from inventor and electrical engineer Nikola Tesla. The band really hit its stride in the early ’90s with a tight group, the rich vocals of Jeff Keith, and the ability to craft some popular power ballads. Breaking up in 1996 and reuniting in 2000, the band remains popular and continues to create new works.  They are touring in advance of their new album Shock. It will be released on March 8 and was produced by Phil Collen of Def Leppard. Tesla’s best known songs include “Love Song,” “What You Give,” and “Signs.” The band has sold over 25 million albums. Opening is The Cringe and Year of the Locust. 7:30 p.m. The Palace Theatre, 21 W. Otterman St., Greensburg. 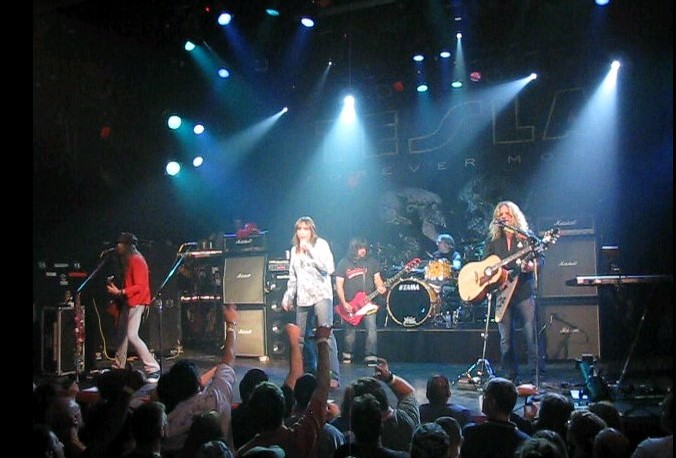 2) Sarah Brightman is a very talented British singer (soprano) and actor who worked on her craft early as a student at Tring Park School for the Performing Arts. She got her first big role at the age of 13 playing one of Queen Victoria’s daughters in I and Albert. She was even in a couple of disco bands and then had success in the play Cats. She met Andrew Lloyd Webber, they married, and he cast her in his The Phantom of the Opera as the female lead, Christine Daaé. Brightman and Webber separated a few years later and she has gone on to have a very successful solo career including her own PBS specials and numerous duets with other top artists. Brightman also won a Grammy Award in 1986 for Best New Classical artist. She is touring in support of her latest album Hymn which was released in November.  Special guests are Vincent Niclo and Narcis Iustin Ianău. 8 p.m. Benedum Center, 237 7th St., Cultural District. 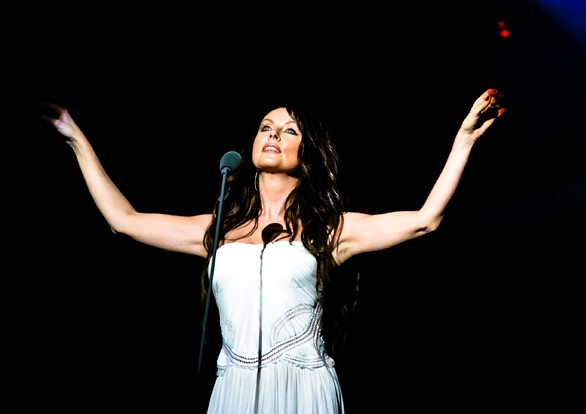 Sarah Brightman performing in China in 2007. (photo: Jiaz and Wikipedia)