1) On Broadway, The Band’s Visit won a staggering 10 Tony Awards in 2018, including the so-called Big Six: Best Musical, Book, Score, Direction, and Leading Actor and Actress. The show is also a fine example of the recent wave of offbeat, smaller-scale musicals, as it differs from traditional Broadway hits in several respects. The score has no big stand-up-and-cheer numbers. Nothing changes dramatically in the story (although it bristles with seriocomic intrigue). And the setting is far from America. The title group in The Band’s Visit is an Egyptian policemen’s band on a cultural visit to Israel. When a band member mispronounces the name of a city where they are to play, they wind up on the wrong bus, which leaves them stranded in a remote town in the Negev desert. The locals greet them by singing “Welcome to Nowhere” (video above)—and the rest is a series of interactions between unexpected Egyptians and isolated Israelis. What audiences find deeply moving is how the two groups find common ground: They’re all humans longing for connection in a fragmented world. The touring production of The Band’s Visit now arrives in Pittsburgh. 7:30 p.m. Performances continue through March 15. Benedum Center, 237 7th St., Cultural District. (MV) 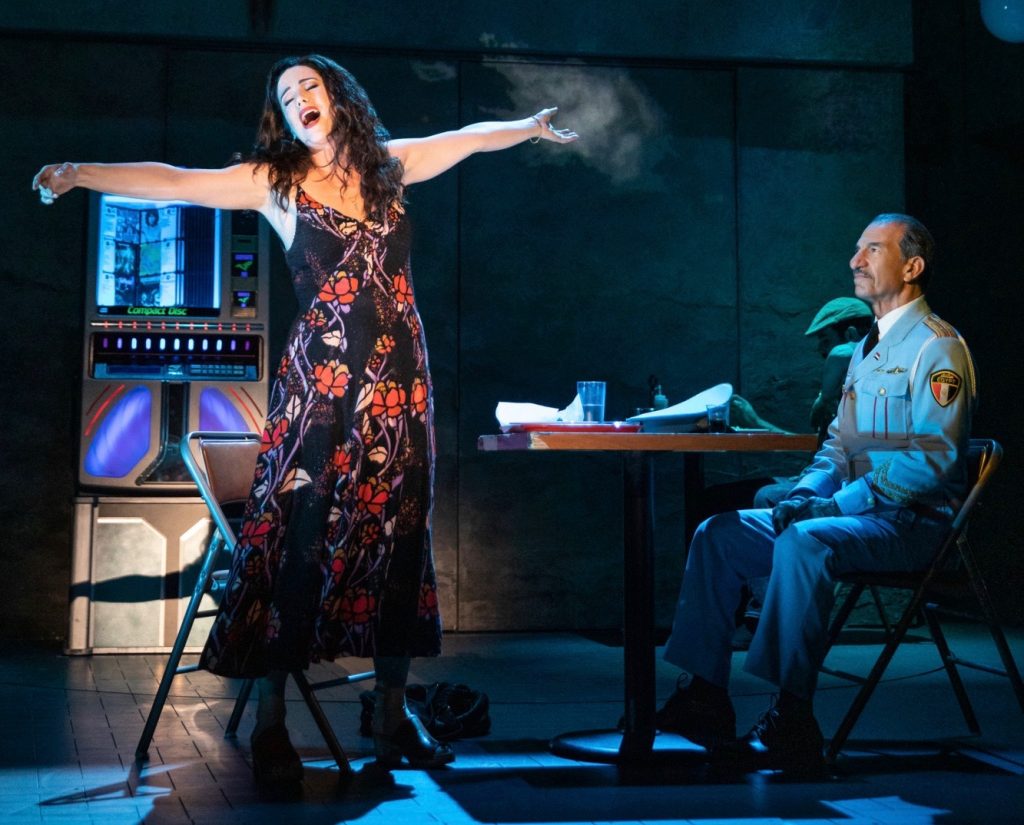 The touring production of ‘The Band’s Visit’ has star power in the co-leads. Here, Broadway luminary Chilina Kennedy expounds to Sasson Gabay, who starred in the film on which the musical is based. ‘The Band’s Visit’ is one of many powerful shows in Pittsburgh this month. (photo: Matthew Murphy)

2) How true to its roots is the supposedly authentic Irish music and dance that we get? Maybe it’s best not to care, for as Louis Armstrong once observed, all music is “folk music”—horses don’t create it. The touring show Rhythm of the Dance, which has been circling the globe for the past 20 years and evolving as it goes, is a case in point. Produced by an outfit called National Dance Company of Ireland, the show features traditional Irish step dancers, and musicians with traditional instruments playing for the dances and songs. But there are many touches of modern showmanship as well, and it all seems to work out. Judge for yourself when Rhythm of the Dance visits The Palace Theatre for one performance only. 4 p.m. 21 W. Otterman St., Greensburg. (MV)