1) The Doobie Brothers are a big time rock band that rose out of San Jose, California and charted many hits in the 1970s and early 1980s. The initial outfit was fronted by lead vocalist and guitarist Tom Johnston. He led the band  from 1970 until he quit in 1975. During that period the Doobies had top hits like “China Grove,” “Blackwater,” and “Listen to the Music.” In 1976 Michael McDonald signed on as lead vocalist and the band’s sound took a new course. That version of the band scored hits with “Takin it to the Streets,” “What a Fool Believes,” and “Minute By Minute.” Kenny Loggins even has a co-writing credit on “What a Fool Believes.” Johnston then returned to the band in 1987 and has remained with them ever since. The Doobies had a new hit in 1989 with “The Doctor.” 7:30 p.m. Palace Theatre, 21 W. Otterman St., Greensburg. 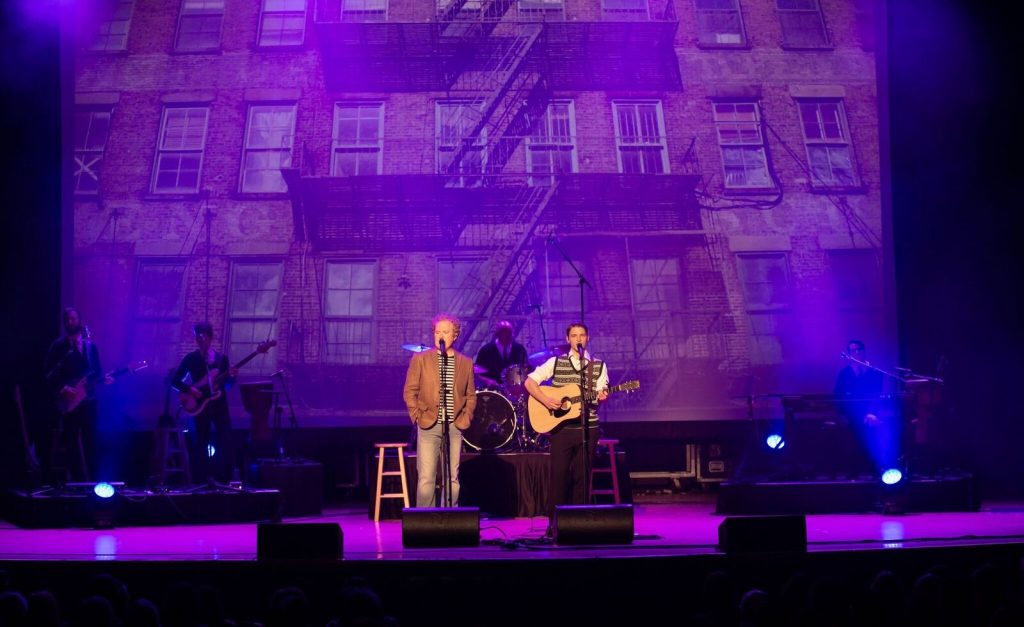 2) Simon & Garfunkel was one of the top duos in popular music history, generating top hits including “The Sound of Silence,” “Mrs. Robinson,” and “Bridge over Troubled Water.” The duo has not been together for many years and Simon just visited Pittsburgh on his farewell tour recently, but there is a new musical production about their partnership, The Simon & Garfunkel Story. The musical starts with their humble beginnings as Tom & Jerry, through their successes as Simon & Garfunkel, dramatic breakup, and concludes with their famous 1981 reunion concert in New York City’s Central Park. The projections includes large photos and original film footage with a live band playing their songs and actors portraying Paul Simon and Art Garfunkel. The duo was inducted into the Rock and Roll Hall of Fame in 1990. The musical, produced by Right Angle Entertainment, is touring the country and is in Pittsburgh for tonight only. 7:30 p.m. Byham Theater, 101 6th St., Cultural District.