1) Southern rock finds its way north with the The Outlaws. For over 40 years, the band has been thriving in the Southern rock genre along with Lynyrd Skynyrd, Charlie Daniels, and The Allman Brothers. Founded in Tampa, Florida, in ’72, The Outlaws put forth a Southern rock opus with “Green Grass and High Tides” and scored a major hit with “There Goes Another Love Song.” Outlaw trademarks include beautiful vocal harmonies and intricate lead guitar play. Surviving the test of time, the inevitable evolution of popular music, and bandmates’ deaths, The Outlaws are definitely alive, kicking, and, it would seem, stronger than ever. And now that Lynyrd Skynyrd has embarked on a farewell tour, The Outlaws will be one of the groups to proudly carry forward the Southern rock banner. They come our way with special guests The Artimus Pyle Band and Billy Crain Band. 7:30 p.m. Pepsi-Cola Roadhouse 565 Rt. 18, Burgettstown (RH) 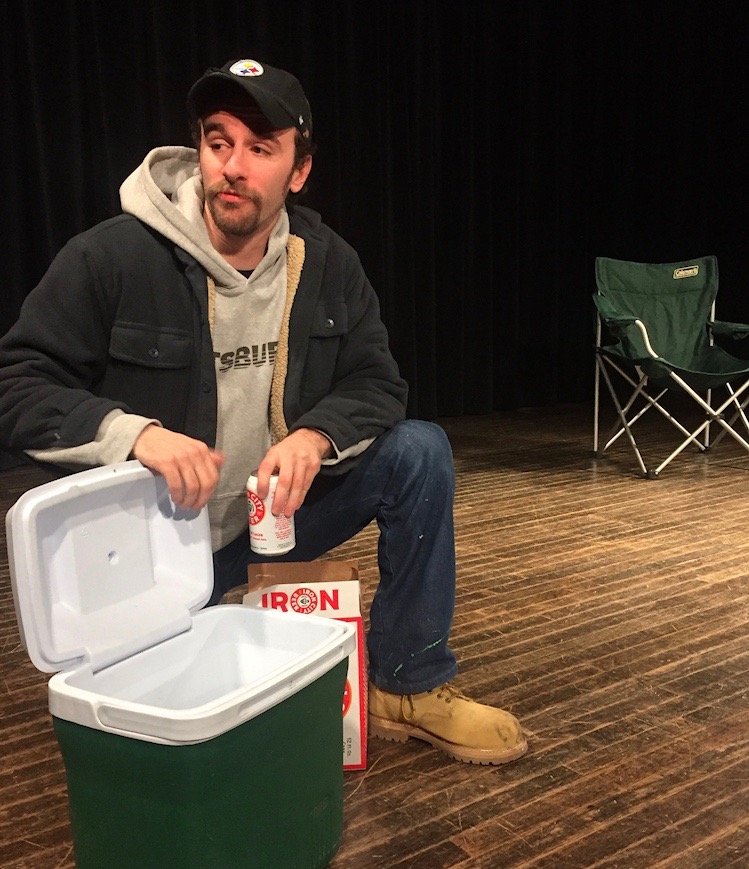 Alec Silberblatt deals with a cold case in ‘The Mon Valley Medium.’

2) New York theater artist and Pittsburgh native Alec Silberblatt visits our area with his one-man, dark-comic murder mystery. As in Rashomon, the deceased victim speaks through a medium—except in The Mon Valley Medium, it happens in yinzer territory, not Japan. Silberlatt is an alumnus of Winchester Thurston School and the University of Cincinnati. He first captured Pittsburgh theatergoers’ attention when he played the teenaged lead in the Pulitzer Prize winner Rabbit Hole at The Public. Since then, Silberblatt has starred locally in plays ranging from A Skull in Connemara to the recent World Builders. His New York credits include roles in Chekhov’s Three Sisters and The Cherry Orchard. But the young man also writes, and The Mon Valley Medium—which premiered at New York’s Emerging Artists Theatre—may mark his true emergence in that realm. 8 p.m. Ends today. Carnegie Stage, 25 W. Main St., Carnegie. (MV)

3) San Francisco’s ODC/Dance, an innovative modern dance company, has created a feature-length piece inspired by a traditional Catholic pilgrimage in Spain. Ever since the Middle Ages, many thousands of people each year have made the spiritual journey called the Camino de Santiago, trekking over 500 miles from the high Pyrenees to a cathedral in the coastal city of Galicia. ODC’s dance piece is called Path of Miracles. The company comes to Pittsburgh to perform it within the walls of a historic church here. Ends today. Trinity Cathedral, 328 6th Ave., Downtown. (MV)

4) The Commonheart is one of the hottest bands on the local music scene. Led by frontman Clinton Clegg and his impressive rock/soul pipes, the band delivers inspiring performances. Strong guitar, rhythm, and horn sections, along with harmonious background singers, add to the aural delight. The nine-piece release its sophomore album, Pressure, this past summer. Tonight they are playing Stage AE fresh off a triumphant performance on “CBS This Morning Saturday” last weekend. Gene the Werewolf and Buffalo Rose open. Doors at 7 p.m. There will also be a coat drive this evening at 5 p.m. outside the Stage AE Box office for the Salvation Army. Bring a new or gently used coat for those in need. 400 North Shore Dr., North Shore. (RH, CM)

AIN’T MISBEHAVIN’ (musical revue) by Murray Horwitz and Richard Maltby Jr., with songs and music by many. Nov. 8 – 9, touring company at The Strand.

5) The gorgeous Strand Theater in Zelienople hosts a new national touring production of the 1978 Tony Award winner for Best Musical. Ain’t Misbehavin’ is a tribute to popular music from the Harlem Renaissance of the 1920s and ’30s. The show brims with sly-energy songs ranging from “Your Feet’s Too Big” to, of course, Fats Waller’s “Ain’t Misbehavin’.” 119 N. Main St., Zelienople.