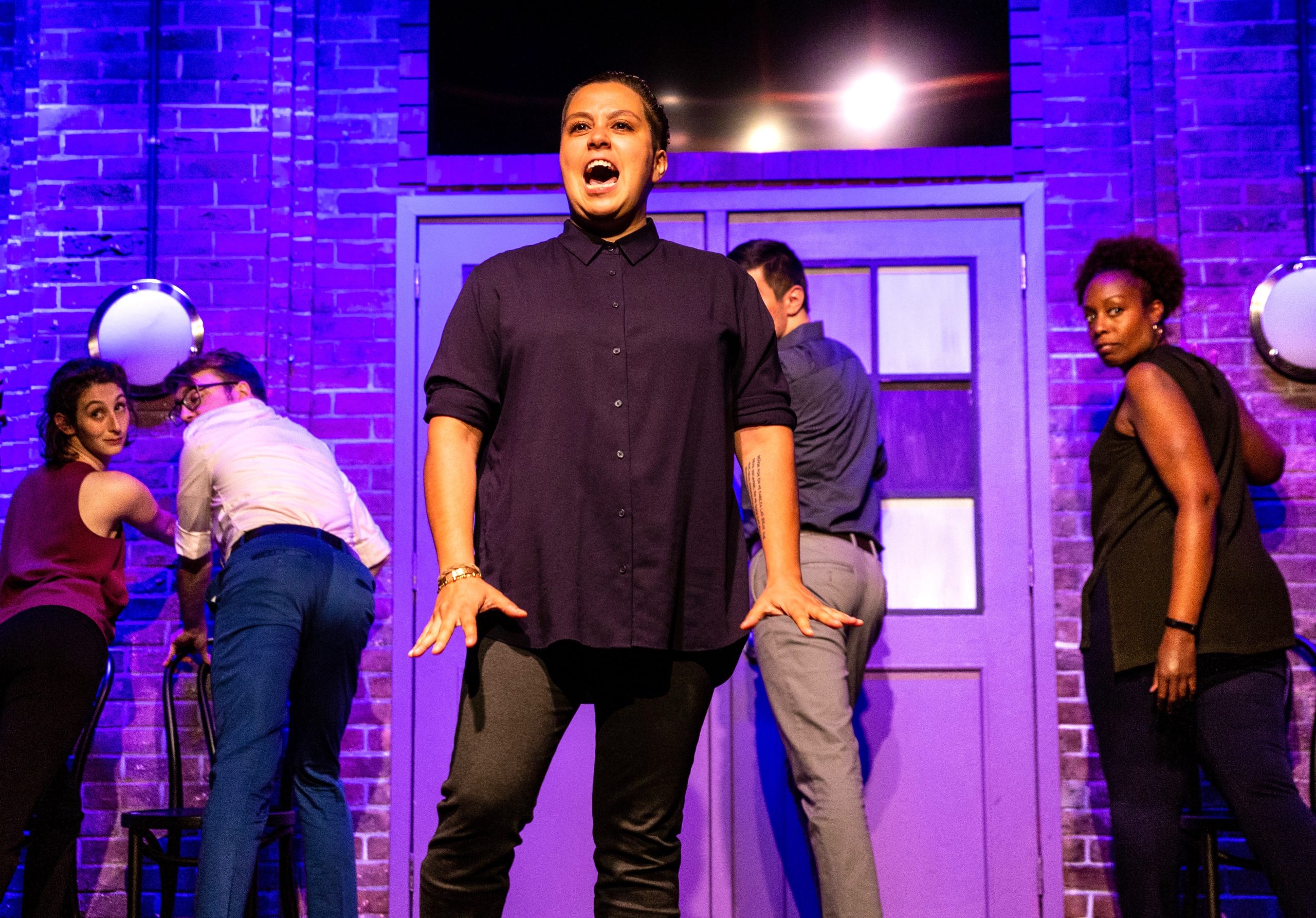 Have you heard of Claudia Martinez? She’s making sure you will, front and center, as one of the rising comedy stars who bring The Second City’s ‘It’s A Wild, Wacky, Wonderful Life’ to Pittsburgh. (Photo: Tim Schmidt)

The Second City is such a legendary comedy company that journalists are tempted to write awful sentences like “The Second City is second to none.” But it’s true. Evidence can be seen in Pittsburgh when the company sends us its holiday show, It’s a Wild, Wacky, Wonderful Life. Although the title is inspired by the Jimmy Stewart movie, any further resemblance may be extremely altered. The Second City was founded by a group of young theater artists in Chicago in 1959. They named themselves after a satirical book that belittled their hometown, Chicago: The Second City, by New York journalist A.J. Liebling. The founders first won notice with the then-radical idea of turning improv from an actors’ exercise into live performance for an audience. Over the years, The Second City has pioneered other innovations in comedy, spun off TV shows, and helped to launch the careers of famous alumni including Bill Murray, John Belushi, Gilda Radner, Steve Carell, Tina Fey, Steven Colbert, and many more. You might catch a few next-generation stars in It’s a Wild, Wacky, Wonderful Life. The show is presented by Pittsburgh Public Theater and Pittsburgh Cultural Trust at the O’Reilly Theater, 621 Penn Ave., Cultural District. (M.V.)