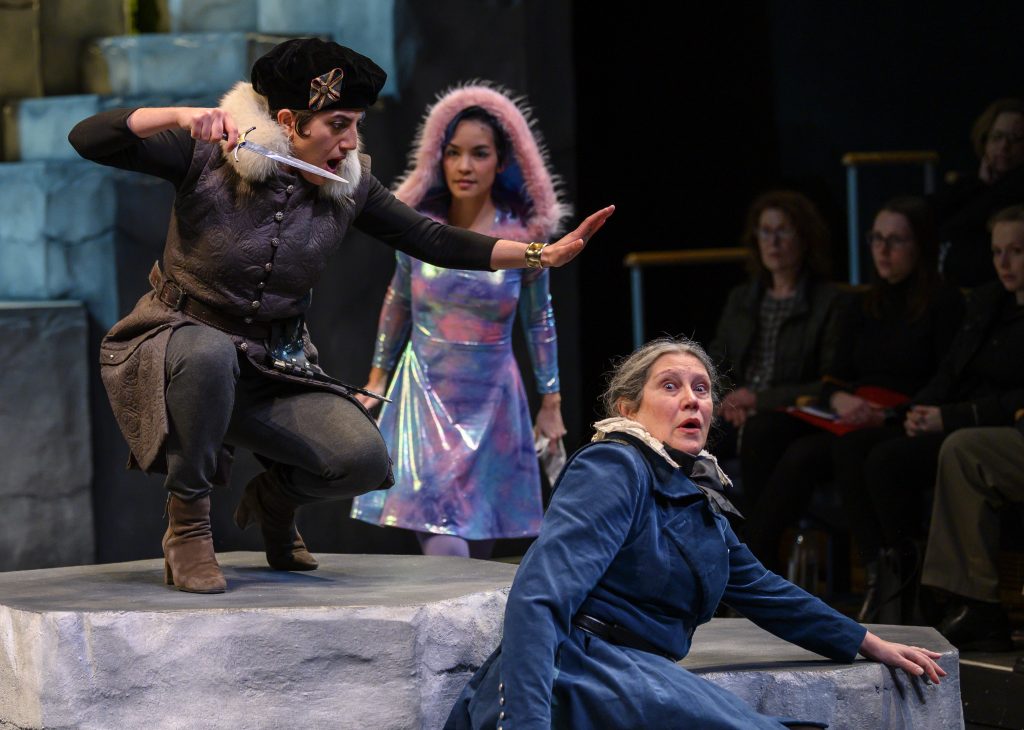 1) The Tempest is one of Shakespeare’s strangest plays, and a new production at Pittsburgh Public Theater adds a further dimension. Shakespeare’s story in brief: Prospero, an exiled duke, lives on a remote island, where he has acquired magical powers and dominion over enchanted creatures. He conjures a storm that drives ashore a ship carrying his disloyal brother—who had usurped him, to claim the dukedom—along with the brother’s posse. Prospero magically teases and torments them until they’ve had enough. Then, magnanimously, he forgives all who have wronged him. The Tempest mixes bizarre comedy with serious themes and exotic characters, creating a stew of sensations open to many interpretations. The version at The Public is adapted and directed by new artistic director Marya Sea Kaminski, who gives the play multiple twists.

Whereas the original has nearly all male characters, Kaminski’s cast is all female, with Pittsburgh native and noted TV actress Tamara Tunie as Prospero. The play begins in a modern-day hospital, where she is a cancer patient facing a grim prognosis. Worse, she’s distraught that her family has abandoned her at such a time. Then she slips into a dream, becoming Prospero on the island, and The Tempest unfolds from there. See our review. 8 p.m. Performances continue through February 24. At the O’Reilly Theater, 621 Penn Ave., Cultural District. (MV)

2) Shiloh Street is one of Pittsburgh’s hidden gems. There’re bars, ice cream, even a barber/tattoo shop. But if you go to the end of Shiloh (away from that great view from Mt. Washington) and turn right, you’ll find the first Uzbek halal restaurant in Pittsburgh, called Kavsar. Halal means that the restaurant uses foods that observant Muslims may eat under Islamic law. The Uzbek cuisine includes palov, a dish that was traditionally cooked by men. It’s made of beef, carrots and rice. The restaurant serves not only Uzbek but also Russian foods, such as borscht. Kavsar, like the new Nepali restaurants in the region, is helping to turn Pittsburgh into a United Nations of culinary delights. 16 Southern Ave., Mt. Washington. (CM)